Two hundred years ago, Carnot set Thermodynamics up as a science, and Etzler conceived of AWE powering civilization, in The Paradise Within Reach. Since then, AWE Physics is conventionally presented by basic power calculations, under Newtonian-Laplacian equations of motion.

A major crack in the classical physics of kites was [van Veem, '97], that identified formal Chaos in kite flight. Lately the fundamental physics of AWE is gathering more interest. Physics World cites RolandS “liken(ing) the “pumping” (AWES) process to the thermodynamic cycle of a reciprocating engine”.

This topic is to explore advancing physics understanding of kites, from Thermodynamics to Control Theory, and even to Quantum Analogue interpretations. A good starting place is Gibbs Zero-Point Energy and Free-Energy of AWES, Debye Temperature (of UHMWPE), Planck’s Constant, and early Aerodynamics and Cybernetics; proceeding to what ultimate physics paradigms may describe AWES in future perfected forms. 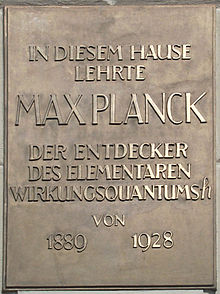 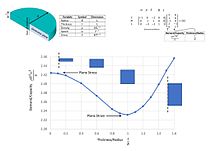 In engineering and science, dimensional analysis is the analysis of the relationships between different physical quantities by identifying their base quantities (such as length, mass, time, and electric charge) and units of measure (such as miles vs. kilometers, or pounds vs. kilograms) and tracking these dimensions as calculations or comparisons are performed. The conversion of units from one dimensional unit to another is often easier within the metric or SI system than in others, due to the re...

Let’s backtrack a bit to Newtonian kite physics, as NASA presents that subject to k-12 students-

Especially cool is that Newton was obsessed with kites as a teenager, and even caused a public scare by raising a candle lantern high into the night sky. Later, at age 23, when he saw the famous apple drop, kite dynamics had already prepared his mind for physics revolution.

Next Up: Sonic Relativity of kite-line.

Starting in 2008, KiteLab Ilwaco performed hundreds of small kite experiments to 500m, and even flying Jim Patton’s mighty kite trains to almost 1000m. The simplest test imaginable is to pluck the line of a high altitude kite and watch the pulse rise at hundreds of miles an hour, at the internal speed of sound in the line.

Flying multi-line kites to 500m clearly exhibits sonic lag of the control input, that takes some compensation for accurate flying. The slacker lines are, the slower the speed of control inputs. That’s sonic relativity. Thus these test sessions revealed that “Ordinary string” has extraordinary relativistic and analogue QM properties.

Upon literature study, it became clear a tin-can telephone is a sonic wormhole, and a moving pulley-loop of string can create a sonic black hole. It took patient insight to figure out a tow-rope develops a mechanically superconducting standing sonic wave, that coherent phonons spontaneously develop on toy kite-trains, and so on…

Thanks to JoeF for reminding us of this sonic relativity reference from Old Forum discussion. The fundamental clocks that determine what time is are motions of any kind, photonic, phononic, electronic, and so on. Time is change itself at its characteristic rate. 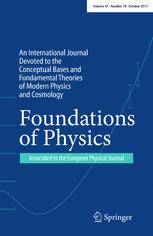 Analogue Relativity is what observable kite dynamics have taught us, almost before anyone else; much as having a telescope, microscope, or particle accelerator has taught the world-

Sound propagation within certain non-relativistic condensed matter models obeys a relativistic wave equation despite such systems admitting entirely non-relativistic descriptions. A natural question that arises upon consideration of this is, “do devices exist that will experience the relativity in these systems?” We describe a thought experiment in which ‘acoustic observers’ possess devices called sound clocks that can be connected to form chains. Careful investigation shows that appropriately constructed chains of stationary and moving sound clocks are perceived by observers on the other chain as undergoing the relativistic phenomena of length contraction and time dilation by the Lorentz factor, γγ, with cc the speed of sound. Sound clocks within moving chains actually tick less frequently than stationary ones and must be separated by a shorter distance than when stationary to satisfy simultaneity conditions. Stationary sound clocks appear to be length contracted and time dilated to moving observers due to their misunderstanding of their own state of motion with respect to the laboratory. Observers restricted to using sound clocks describe a universe kinematically consistent with the theory of special relativity, despite the preferred frame of their universe in the laboratory. Such devices show promise in further probing analogue relativity models, for example in investigating phenomena that require careful consideration of the proper time elapsed for observers.

What we can now call Sonic Analogue Relativity in elastic media, from an early source-

IT may be shown theoretically that when plane mechanical pulses of finite amplitude travel in non-dispersive media, the velocity of propagation in space is given by c + V where c = (S/ρ)1/2, S being the tangent modulus of the material and ρ its...