OK, let me take you back to the 1980’s.
Despite a lot of physics and engineering courses at major universities, To learn learn CAD I enrolled in a local community college to learn AutoCAD to write patents. I didn’t even know how to insert a floppy disc. Well, you probably don’t either, because they went out of style pretty quickly.

Anyway, my first CAD drawing was a ship pulled by a kite, which I thought seemed like a great and pretty original idea. Back then the big “official” worry was “global cooling”, “nuclear winter”, “Snowball Earth”, “the next ice age” (even though we are already IN an ice age now - they meant “the next glacial cycle of the current ice age”, but that doesn’t fit on a bumper sticker.)

Fast-forward to 2022, as we near the end of the “warming” phase of the ongoing warming/cooling panic cycle which reliably flops back-and-forth about every 30 years, going back to the 1700’s.

Today’s panic often points people toward marginal or questionable technological “solutions” and it seems that, like hydrogen as energy storage, kites pulling ships might be one of them. As the years have rolled on and I saw the actual attempts to use kites in shipping, I began to have doubts as to whether it could ever catch on. As romantic and simple as it sounds, apparently it has not been worth the trouble, so far.

Anyway, as the inventor of the Spar Buoy floating foundation for offshore wind turbines, I get a lot of info on shipping and maritime news, and I thought you all might like to see one more instance of AWE actually appearing in a serious publication, so here it is:
LINK: 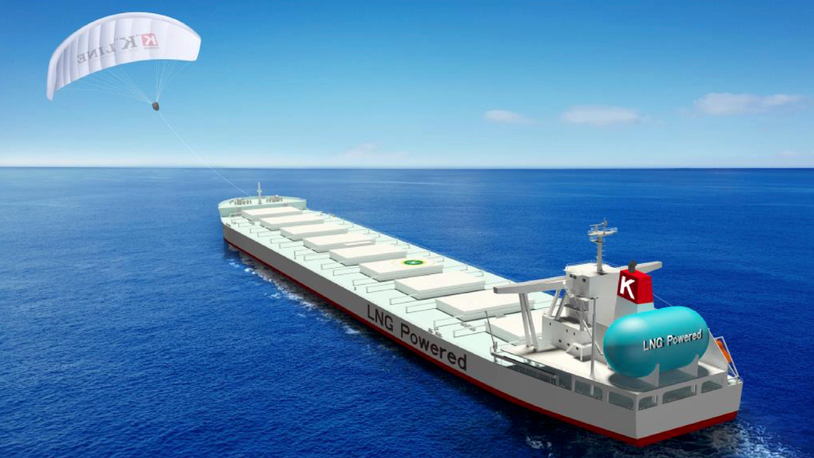 61% of newbuild tonnage will be LNG-fuelled, while scrubber-fitted tonnage creeps toward 25% of fleet total