LTA then HTA mode propulsion for a long endurance aircraft 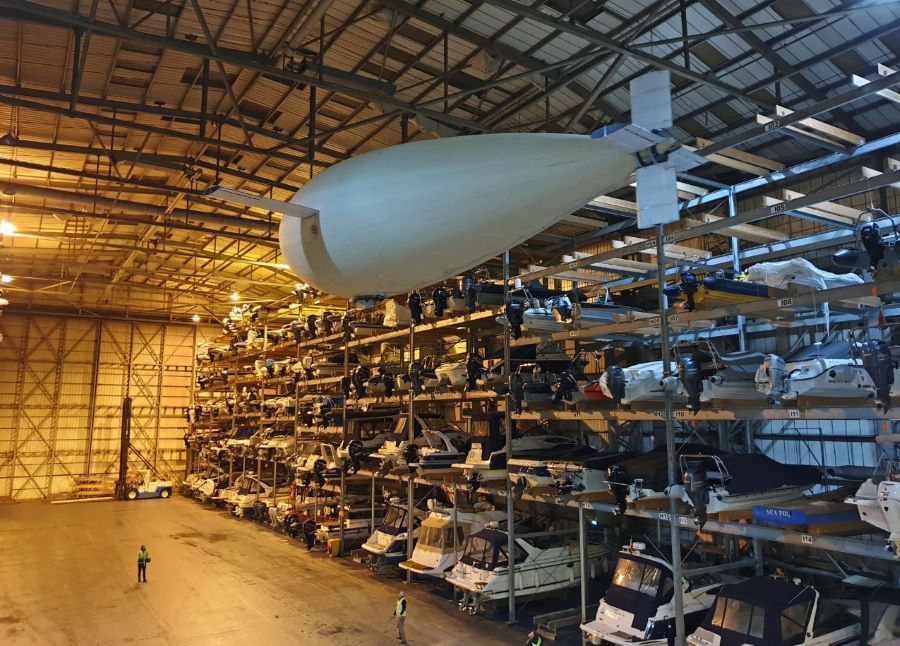 A new UK-built endurance aircraft known as Phoenix has made its public debut following indoor flight testing at the Drystack facility in Portsmouth.

Interesting to see Banks sails have worked on this… Why? because they are always quoted on those rubbish AWES market analysis reports.

Shame it still uses helium
kinda makes Altaeros look a bit sad.
They had some micro satellite release chat in the video?..

“Variable buoyancy propulsion system.”
If that means that they move to the air layer going in the right direction, google loon have done that successfully.

They bob and weave… going up and down by changing buoyancy they move up and down through the atmosphere, this creates flow over the surfaces which can give a propulsion relative to the local wind.
…
So you’re not going backwards quite as fast…
…
Could be a good analogy for human behaviours in some areas.