MAWES
I’ve used this acronym for maritime airborne wind energy systems. But I think it’s more fitting to use it for multi kite/blade/wing awes.
There will emerge another acronym for ship traction awes.

8 posts were merged into an existing topic: Questions and complaints about moderation.

Indeed this could become a “Spidermill” (Laddermill with crosswind kites) configuration, so a class of multi-kite airborne wind energy systems, where several kites combine their respective strengths to the main tether which transmits the resulting global force to the winch acting the generator, using yoyo method.

This can be a reality if the difficult control is achieved.

Forum links related to MAWES: Scaling in numbers rather than size, [Wiki] Network Kites, Laddermill, Centrifugally Stiffened Rotor (CSR) as a model for an AWES?, New research on Multi Kite systems from Freiburg and Limerick, Kite Networks, Does torque transfer over a network of tensioned hoops scale better (better power to weight) than over a solid shaft?…

This collection of drawings is a helpful insight into how @kitefreak sees Kite Networks.
https://drive.google.com/open?id=0B0qQxFlXu7t-cG1iOTNaVUM4Nm8

I put again the publication on 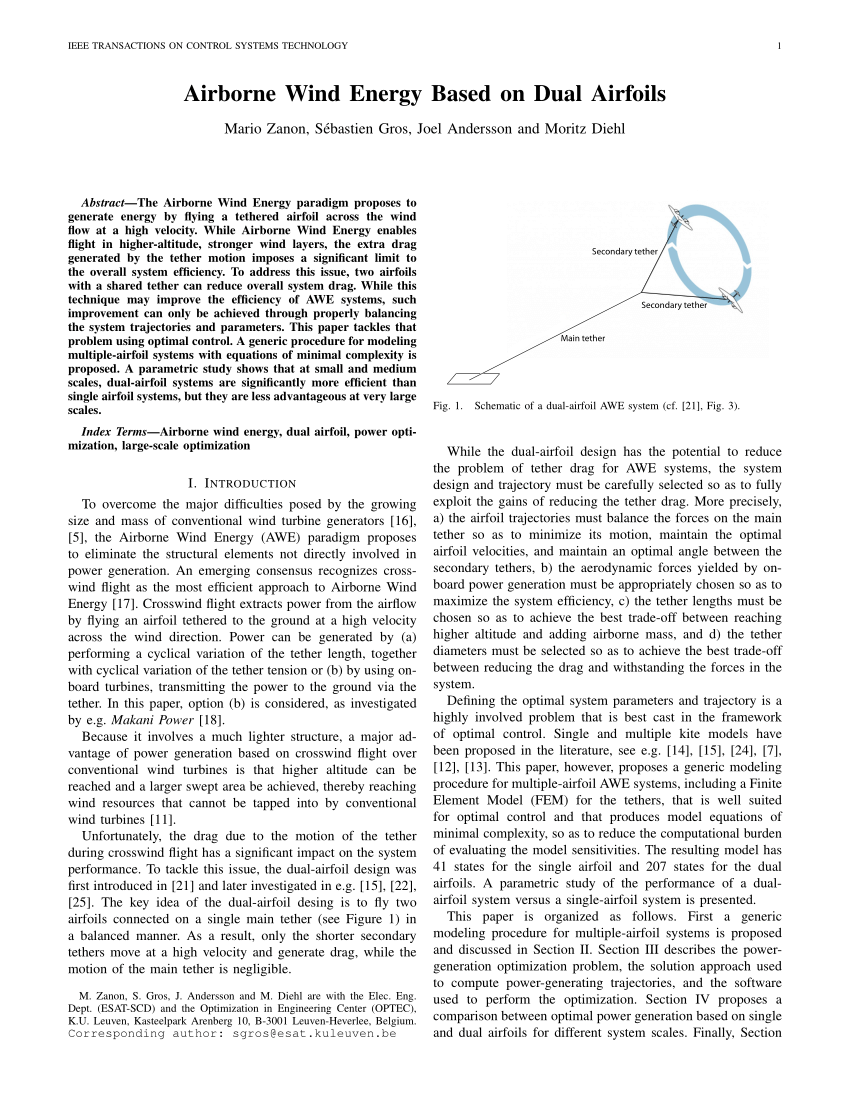 PDF | The airborne wind energy (AWE) paradigm proposes to generate energy by flying a tethered airfoil across the wind flow at a high velocity. Although AWE enables flight in higher altitude and stronger wind layers, the extra drag generated by the...

When the power/land and space use ratio will be considered, some progress could occur.

Whose fragmentary Google Drive is that?? Those drawings of mine are old and mostly obsolete and do not represent the current ongoing progression of my thinking. There are thousands more drawings on better sites. Its as if Ortho-Kite-Bunch is as far as you ever got. My progressing thinking about kite networks is represented by metamaterial science as developed in the last five years or so.

Why did you start the MAWES topic if Kite Networks was already going? It too bad Moderators think topics like Kite Networks must be opened and closed on some sort of intentional limit rather than on the expectation that fresh insight can happen anytime.

Under formal network topological classification, all MAWES are Networks. For example, the paper cited describes a MAWES of peer-to-peer network topology.

There are thousands more drawings on better sites.

Under formal network topological classification, all MAWES are Networks.

MAWES looks to be a main category and kite networks and other could be subcategories but it can be discussed for another classification.

Why did you start the MAWES topic if Kite Networks was already going?

Hopefully many fruitful topics will get started on the subjects, focusing on different aspects of them or revisiting old ideas again.

MAWES looks to be a main category and kite networks and other could be subcategories but it can be discussed for another classification.

One can see the architectures discussed are not the same, or the focus of the topics is not the same, so they deserve separate topics I think. Maybe the topic titles could be edited if the distinction is unclear. A discussion on classification perhaps is another discussion for another topic.

One can see the architectures discussed are not the same, so they deserve separate topics I think. A discussion on what classification to use I hope is another discussion for another topic.

Indeed architectures discussed are not the same although they also contain several connected kites. It is why several topics are used. I gather them in a comment.

I like the term MAWES
(Not least because it is used on the island to describe less towny folks on the North end and West side)
I think to insist multi-kite implies one set of multi-kite configurations would be wrong.
multi-kite rotor yo-yo
multi-kite network lifter
multi-kite mechanical drag mode rotor
multi-kite flygen drag mode
multi-kite laddermill or spider-mill (if one ever gets built)
multi-kite arches and stacks have existed for many years.

There are several sorts of MAWES. And also there are also various purposes and concerns. So IMHO several topics with some links between them can facilitate the understanding.

Collecting resources and threads on a topic is what wikis are good for. Please put links to all forum threads in this wiki:


I’ve removed the wiki status from this thread, as it wasn’t used as a wiki:

“Kite Networks” is the superset of all multi-kite architectures, including the narrow MAWES paper example as applied. Its no big deal to keep track of everybody’s special usage these days.

Kite Networks will remain a standard term-of-art, while MAWES co-exists and fares as it will.

Two complementary simulators aimed at the dynamic analysis of airborne wind energy systems based on multi-aircraft congurations are presented. The rst model considers a train of stacked aircraft linked among them by two inelastic and massless tethers with no aerodynamic drag. The architecture of the mechanical system in the second simulator is congurable, as long as the system is made of a set of aircraft linked by an arbitrary number of elastic tethers. In both cases, the aircraft are modeled as rigid bodies. An analysis of the symmetric equilibrium state and the corresponding normal modes of a train (stacked conguration) of aircraft was carried out. It revealed that the higher the position of the aircraft in the train, the more they participate in the longitudinal modes. However, all the aircraft roughly participate equally in the lateral-directional modes. Tether inertial and aerodynamic drag eects increase the equilibrium angles of attack of the aircraft and the tether tension at the attachment points. The potential applications and computational performance of the two codes are discussed.