That’s a great youtube channel! But a bit hard to find something (again) there. 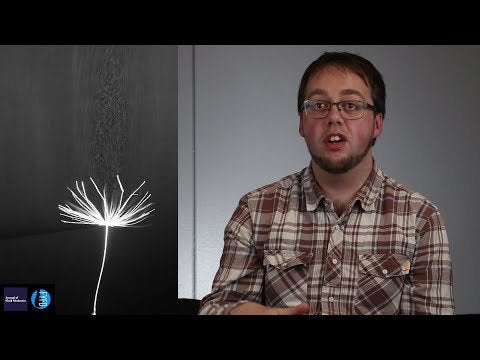 r/Physics - How do dandelions seeds travel distances of over 150km across...

There are parachutes that maximize drag by “ribbon” construction, but solid canopies open faster for safer egress from airplanes, and easier handling after landing. Today’s parafoil parachutes are optimized for lift, to navigate in horizontal dimensions. 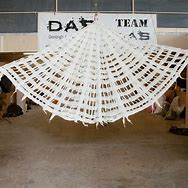 The following laws treat the various lower level considerations that support the three laws above. Maybe they are not laws but only simple truths. These simple truths are what guide up along the systems engineering process.

Configuration Management . The requirements derivation process is the area where we seem to fail the most. Once the requirements are settled and under Configuration Management there will be many attempts to change the requirements. Requirements drift is caused by both the customer and contractor. Customers love to add features in an attempt to sell their program. Contractor design engineers love to improve the performance of the system. Either way, if left unchecked, they both can kill the program due to cost, complexity, and delay.
The fourth Law:

Functional Analysis . Functional analysis is conducted in order to understand the mission need and the things the system must perform. Different people performing a functional analysis will produce different functional decompositions and they all can be right. Most functional decompositions become convoluted and messy. As you work at lower levels, you start to understand the functions at the higher levels and wish that you had done it some other way.
The Fifth Law:

Failure-to-Commit . Once you have requirements defined and their ties to the functional decomposition, failure-to-commit sets in. Never try to be completely right (analysis paralysis) or you will never converge on anything. Failure-to-commit stops progress in its tracks. Don’t try to make everything perfect.
The Sixth Law:

Engineering Documentation . Development of engineering documentation is essential in the system engineering process. Trade studies must be documented and referenced as the development process proceeds. Remember what Sam Goldwyn said: “a verbal agreement is not worth the paper it’s written on.” Force the documentation process. Schedule and assign engineering memos on analyses and trades that you know will be needed.
The Seventh Law:

Allocation of Resources . It is easy to overdo the documentation process or any other part of the system engineering process. Since we do not have unlimited resources, it is vital that resources are allocated to the critical tasks and not spent on tasks that become the playground of the analyst and designers.
The Ninth Law:

System Synthesis . We are finding more and more projects where cost is king. We are asked the build everything out of existing components. Of course increased performance usually means old technologies might not satisfy and finding something off-the-shelf just might not happen.
The Tenth Law:

System Integration . The main premise of system engineering is that a large complex problem can be decomposed into a set of smaller, simpler problems exposing interfaces that tie the smaller blocks together. Interface configuration management is required to maintain agreed-to interfaces. This management activity is required throughout the lifetime of the project.
The Eleventh Law:

Work Planning . There is work, non-work and un-work. Work is applied against the planned activities. Non-work is work performed by the non producers and is inevitable in any large project. Non-work does not hurt any other task except for those that need the results of that effort. We can always pick up the ball and do that needed work. The killer that must be purged is the un-work or work that must be scrapped and redone. Any fool can design anything given unlimited budget, time and talented workforce. The challenge of project management is to accomplish much with little.
The Twelfth Law:

Contingency Planning . In our planning, we tend to be optimistic and set work spans as if we were going to do the task with our set way of doing things. When the job is assigned to someone else, it always takes longer than we planned. The assigned task is perceived as being more complicated than we imagine. Almost always, rework is required. Our schedules should recognize contingencies.
The Thirteenth Law:

Assignment of tasks. Tasks will be complicated because of the difficulty in making understood the scope of the assignment. When we want something simple and accomplished in a few hours, it is often seen as a very difficult task.
The Fourteenth Law:

The Problem of Make Work . Make work is wasted effort that is best directed elsewhere. Always make sure your tasks are directed toward an end goal that is a common vision of the workforce. It is easy to keep refining the design when the basic design itself is faulty. A task without value added to the project can not be tolerated.
The Fifteenth Law:

Design Validation . Validation of the design against requirements may be based on analysis or test. The credibility of that result is always a problem. A test is always better if you can afford the expense. The Sixteenth Law:

Any test will be believed by every one but the person who conducted it.

Performance Verification. We set the scope and range of tests to gain confidence in the ability of a system to meet requirements set by the mission need. We always have arguments that we are over testing and wasting time and money.
The Seventeenth Law:

Test Planning . The subject of test philosophy reveals another law. Never perform a test just because it seems like a good idea. It has to be needed to validate a requirement.
The Eighteenth Law:

Time Management . Attending meetings seem to be a major undertaking. Push your position at the time. Later study and analysis may prove you right but events have moved on and passed you by. Poor time management can dilute the best laid plans.
The Nineteenth Law:

Briefing Chart Complexity. Briefing charts seem to be one of our most cherished products. Follow the KISS principle (Keep it simple stupid). Don’t dump a complex chart on your audience when a couple of simple charts will do.
The Twentieth Law:

Briefing Technique . Word charts are boring and most of your audience can read anyway. You can say anything you want with a picture chart.
The Twenty First Law:

Systems Management Risk . The systems engineering management of a large project is very difficult in the start up phase. Requirements are late. Of course they are late but engineering should never use that as an excuse and fail to conduct parametric analysis around expected requirement limits. Staffing is under the planned level. Design engineering is yelling for firm requirements as if the system engineer knows what the requirements are but just won’t tell. The result is that the Chief Systems Engineer is under fire and may be replaced by a new person who is given a new longer schedule and increased budget and perhaps reduced expectation of results. This typical half life of one year makes some people cautious.
The Twenty Second Law:

More Risk . It is not clear that you can succeed if you are part of the second wave. Some projects are so difficult that an extension of the law is as follows:
The Twenty Third Law:

Management Style . You need a management style with a firm manner and that gives the appearance that you know which way to lead. Hang tough.
The Twenty Fourth Law:

Legal Conflict . Finally, you should remember that as a system engineer you can be liable for damages if your system should fail. Don’t spend time on lawyer bashing. Just remember the guidelines of any legal conflict.
The Twenty Fifth Law:

The application of these twenty-five laws surfaces almost every day in the normal process of systems engineering. They are triggered in the day-to-day events and are a memory response to their basic truths. They may make you stop and think.
Have we cut the oral tradition of passing these truths down to our junior members? I don’t think so. I hear a different one stated everytime a new project forms and people start the systems engineering process once again.

Legal Conflict . Finally, you should remember that as a system engineer you can be liable for damages if your system should fail. Don’t spend time on lawyer bashing. Just remember the guidelines of any legal conflict.
The Twenty Fifth Law:

A very amoral dishonest “law” by a weapons systems engineer reflecting the implicit lack of ethics of that profession. This is junk wisdom by someone who has made failed systems, or systems that kill just as intended.

r/MachinePorn - Third in a short time; so I'll leave it for a while after this... 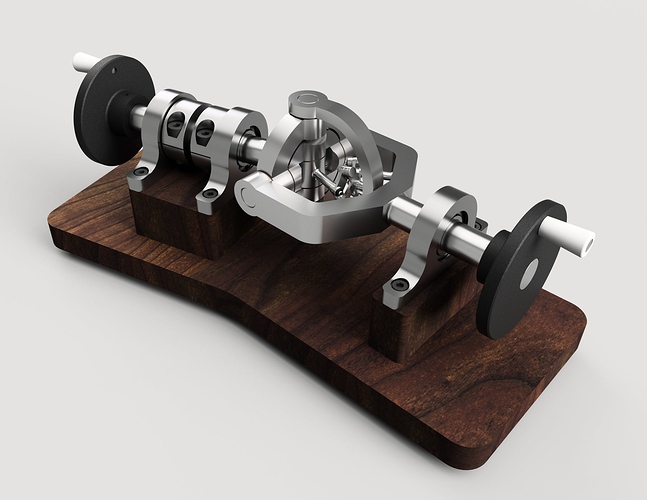 While Law 25 above is sociopathic, Engineering has its golden precepts, like KIS and Murphy’s Law, and classic texts like Soul of a New Machine and The One Horse Shay. No one in our time is a better teacher of what an engineer should be than Henry- Henry Petroski (February 6, 1942) is an American engineer specializing in failure analysis. A professor both of civil engineering and history at Duke University, he is also a prolific author. Petroski has written over a dozen books – beginning with To Engineer is Human: The Role of Failure in Successful Design (1985) and including a number of titles detailing the industrial design history of common, everyday objects, such as pencils, paper clips, and silverware. His first book was made into the f...

Kidder’s classic applies to the drama of AWE- 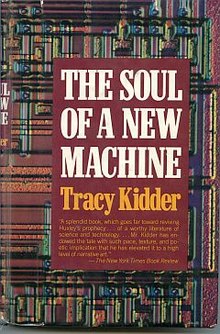 The Soul of a New Machine

The Soul of a New Machine is a non-fiction book written by Tracy Kidder and published in 1981. It chronicles the experiences of a computer engineering team racing to design a next-generation computer at a blistering pace under tremendous pressure. The machine was launched in 1980 as the Data General Eclipse MV/8000. The book won the 1982 National Book Award for Nonfiction and a Pulitzer Prize for General Non-Fiction. The book opens with a turf war between two computer design groups within Data... 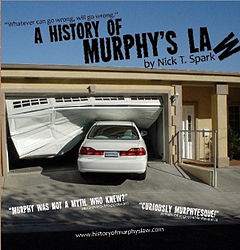 Murphy's law is an adage or epigram that is typically stated as: "Anything that can go wrong will go wrong". The perceived perversity of the universe has long been a subject of comment, and precursors to the modern version of Murphy's law are not hard to find. The concept may be as old as humanity. Recent significant research in this area has been conducted by members of the American Dialect Society. Society member Stephen Goranson has found a version of the law, not yet generalized or bearing... 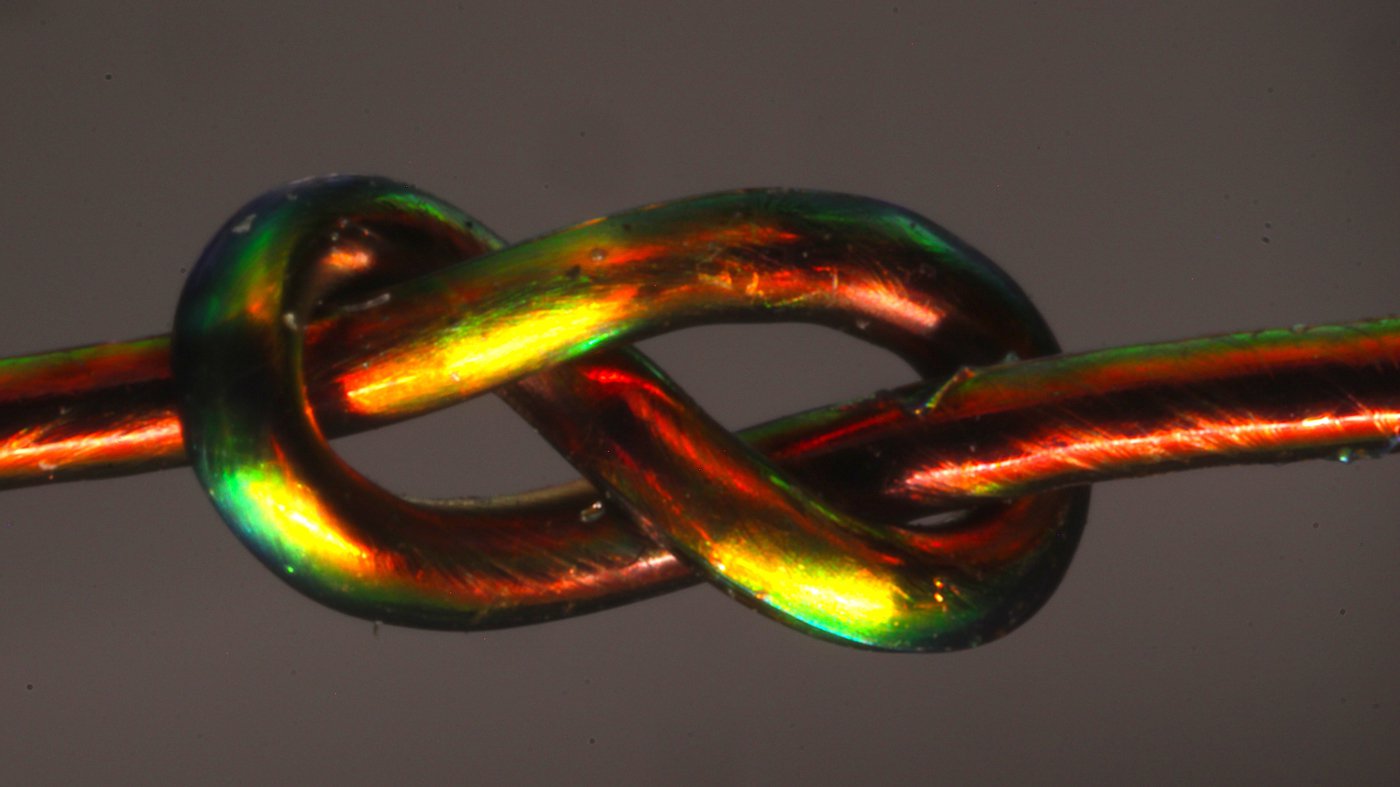 r/science - Why some knots hold much tighter was poorly understood until new...

This can also be done using clear plastic fibre and looking at it through a polarising filter to show strained regions.

Topological mechanics of knots and tangles

Why is it that some knots seem to hold tight while others readily slip apart? Patil et al. develop a theoretical analysis of the stability of knots and find links between topological parameters (twist charge, crossing numbers, handedness) and...

NASA test video referenced in another video linked on the forum:

r/dataisbeautiful - Trajectories of 400+ different paper shapes dropped from the... 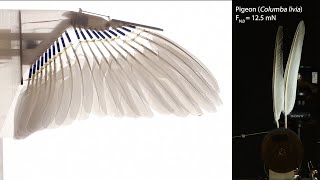 Birds contain 'natural Velcro' which sticks feathers together and creates a...

The mystery of how birds fly, morphing their wings into a variety of shapes that allow unparalleled feats of soaring and diving, has finally been solved by scientists.

How flight feathers stick together to form a continuous morphing wing

Birds can dynamically alter the shape of their wings during flight, although how this is accomplished is poorly understood. Matloff et al. found that two mechanisms control the movement of the individual feathers. Whenever the skeleton moves, the... 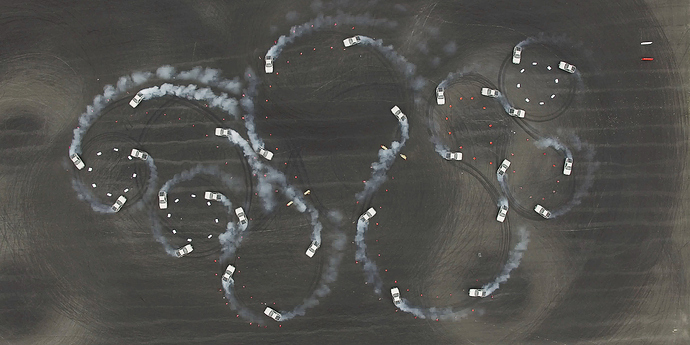 Engineers in Stanford’s Dynamic Design Lab are teaching a driverless DeLorean to steer with the agility and precision of a human driver with a goal of improving how autonomous cars handle in hazardous conditions.

Is this the future of yo-yo AWES transmissions:
http://www.magnomatics.com/pages/media/pdd-gear-video.htm

Is this the future of yo-yo AWES transmissions:
http://www.magnomatics.com/pages/media/pdd-gear-video.htm