If I had to guess? Our new monarch? He’s quite invested in these sorts of things. He certainly be interested in getting people out there to do it? The real question on my mind is how would he achieve it? Why, social media of course! Dig deep enough you sure to find HM sovereigns fingers all over it. He has more connections than most people would dare like to admit. On phone call and it goes viral. Now the blessed queen is taking her final bow. I suspect we shall see more of it?! I’ve long suspected yet not able to to prove with out a shadow of a doubt? they know where all the boffins are and they where to find them. Im still wait on a summons. Even if to tighten a few wheel nuts? It something the did during ww2. With the world going into another turning. It will be the job of the creative type to step up, and embrace the new era. It might answer the who, the how, and the why?
I might say it a great opportunity to bring a king along side. You might get a fascinating?

You mean the Romanian who owns Dracula’s castle in Transylvania?

I hadn’t not considered Dracula? But it’s an interesting take! I more referring to the 70 years of queen Elizabeth 2nd. yes she was related to the house of trastamara and Dracula. Even Ghenis Khan if I recall correctly?Plenty of meme hints on that. The former prince of wales. Had quite the vested interest in the green agenda. Hedge layer supremo and environmental activist. This is where you could mention hotel transylvania because of his connection? Lol

I’ve long suspected he’s had his fingers in the pie so to speak. Though he might shy away from admitting it? He want to bring the marginalised to front and centre. So if someone swoops in? Put the deal on the table? you can bet your bottom dollar he will take it up?

While you guys were rambling I was thinking about AWE…

It isn’t. He’s a blind man leading the one-eyed.

The “It isn’t” is premature I think. I’d have to watch more of him to confirm this, which I’m probably not going to do. My opinion of him is based on his spoon wind turbine nonsense, and then this video about heating a pool with waste heat from a crematorium. That’s all a waste of time when you want to make a working turbine. To improve on something you first have to understand how that something works, and what you posted doesn’t help with that. First learn the basics. He’s distracting everyone with random tidbits that you can’t place the relevance or irrelevance of until you have a basic understanding of things.

If you put dynamic pressure ½ ρ V^2 into cylinder (sphere) stress \sigma_\theta = \dfrac{Pr}{2t} , you get \sigma_\theta = \dfrac{½ ρ V^2r}{2t} , which might have some relation to needed distance between bridle points, and needed strength and thickness of materials. Something like that should be covered in kite design books?

Maybe this is better, convert wing loading \dfrac{kg}{m^2} to pressure P=\dfrac{g\cdot kg}{m^2} , and then put that into the cylinder stress formula. Or not, I don’t know.

The idea is that this is an alternative to Beams - Fixed at One End and Supported at the Other - Continuous and Point Loads and bending loads for soft skin kites so that you may bound your scaling factor estimations. Also it could be useful if you are trying to design a soft skin kite.

If you take a wing loading of 50 \dfrac{kg}{m^2} , the maximum of a ship kite, page 9: Deformation and Aerodynamic Performance of a Ram-Air Wing, and some other arbitrary values, you get: \dfrac{50\cdot9.8\cdot1}{2\cdot0.001}=245kN . You could use more accurate numbers to get more accurate results.

I don’t know if this equation is accurate, but I do think all variables are relevant.

Analytical Study on Deformation and Structural Safety of Parafoil

Analytical Study on Deformation and Structural Safety of Parafoil: This study focuses on the cell bump distortion and bearing capacity of parafoil structure. Based on the mechanical properties of the membrane structure, the spanwise model of parafoil...

OK , besides looking almost identical to my offshore SuperTurbine™ floating offshore designs, and using my patented Spar-buoy floating foundation, this “story” repeats the typical vertical-axis fan-boy talking points.
Of course they have to say: “Doesn’t need to aim”, and how about this passage that reduces from a logical argument to outright name-calling:

“Today’s fan-on-a-stick offshore wind turbines, according to these innovators, are built around on-shore designs and land-based thinking that will simply never work cost-effectively out in the deep ocean. There’s a massive opportunity here for fundamentally different designs to disrupt a rather sick-looking industry, deliver vastly cheaper energy from offshore wind farms, and by doing so, make a huge contribution to the clean energy revolution.”

So they think calling wind turbines a derogatory “fan-on-a-stick” will make their system that uses more material to produce less power better? Funny.

their system that uses more material to produce less power 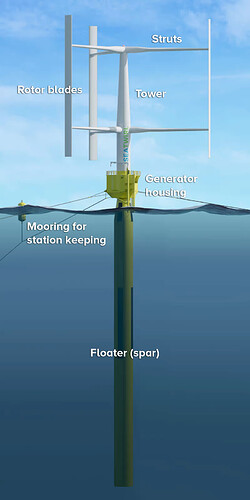 It is obvious to even a child that their design uses at least 4 times the blade material to sweep the same area as a “fan-on-a-stick”
All they need is one set of their “struts”, aimed at the wind, to sweep the same area as 2 sets of struts and a fat set of blades oriented against centrifugal force, which requires more strength = more material = more weight = more cost…

Anyone care to predict whether this press-release concept will ever actually be built? If so, maybe they could use some AWE! 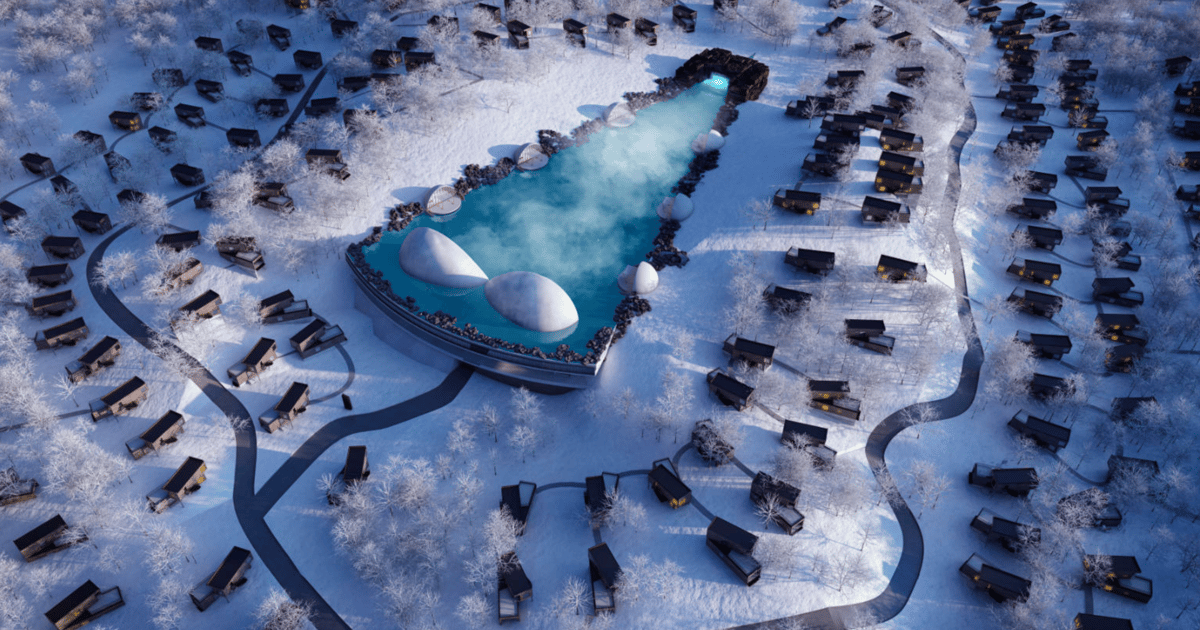 Plans are afoot for a magnificent new open air lagoon in Canada that will be kept at balmy temperatures year round through a “huge Thermos” heating system underneath. Designed to be the largest of its type in the world and blend in with the natural...

The Air Canada “news” headline says they bought 30 planes.
Then when you read it, it says they agreed to purchase 30 planes in the future, and bought a $5 million dollar stake in the supposed producer of the alleged aircraft.

As you read on, it starts saying the airplane “will” be able to fit 30 passengers - but that is only for very short hops where it doesn’t need its onboard “generator supplemented power”.
And it looks like none of this “will” happen until 2028 - six (6) years in the future.

We have to be very careful reading these “news of the future” promotional press-release articles.
Think of the Makani “news” of the past, saying how many hundred homes they “would” power in Hawaii by date Z. Did any of it come true?

Well, experience says this is similarly unlikely to happen as outlined.
From what I’m seeing, it looks like this is a fictitious airplane that does not even exist, that what we’re seeing are renderings only, and, depending on this company’s progress with what is just a concept, not to mention surrounding events around the entire world, and even the weather itself, this “story” is likely to completely change, or simply become one more wish that never happened, within the six year timeframe. Let’s remain optimistic, but let’s not be gullible. Have we seen this movie before?

For alittle while I’ve been looking into means to support myself in the years to come. Thought I note worthy to mention a few things going on in the winder world I’ve encountered I know have some value. As many of the engineers are looking for easy ways to fund their project. One potential option is homegrown gems and semiprecious stones.

Because I YouTube a lot you get to learn a few things. Artificial rubies, jade and many others. With the advent of carbon capture this it may incentivise the process? Everyones favourite 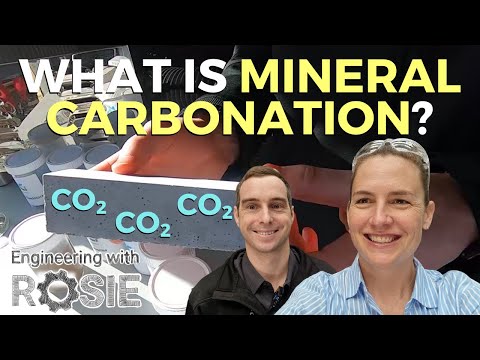 Then it struck me that one of the potential minerals is nephrite. Aka jade. Nephrite is a variety of the calcium, magnesium, and iron-rich amphibole minerals tremolite or actinolite (aggregates of which also make up one form of asbestos). The chemical formula for nephrite is Ca2(Mg, Fe)5Si8O22(OH)2. It is one of two different mineral species called jade. The other mineral species known as jade is jadeite, which is a variety of pyroxene. While nephrite jade possesses mainly grays and greens (and occasionally yellows, browns or whites), jadeite jade, which is rarer, ca Ne... 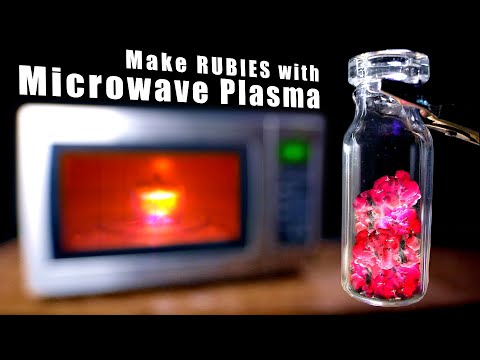 The content creator end up making artificial rubies. As far as I know rubies go for a pretty penny these days at least $1,000 per carat obviously the various minerals composites will create different gems with various markets values.

There are also alternative use in the construction industry opening the door to less environmentally damaging ways to create stone. Ever since Iceland 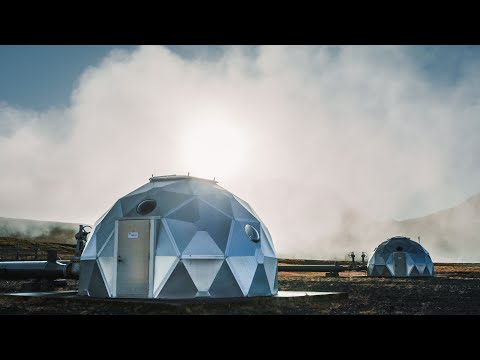 I knew something was coming over the horizon that would shake up the industry. Altogether means an industry that can effectively be carbon negative. Like they say? brick by brick! Hour by hour! Futures are born!

If, the current level of development continue? It might be plausible to say at some point in the not too distant future? humanity will offset its carbon output! I’m fascinated by the idea of jade towers. I can see why the Chinese love the stuff. Why it was so important to them? in many of the Ancient ruling dynasties. It could tempt the Chinese to invest heavy in the technology? To offset there pollution are revitalise their economy. a stable China means a stable world. Lest want or need for them expansion into other avenues. Which open up trade opportunities fro the rest of the world. India and China are among the fastest growing economies in the world. Even with the slowdown Chinese interest still out compete many of their over seas rivals. I can’t say how much a change in funding will help most ordinary people and their companies? I do know one thing, a self sustaining economy it better than one solely based on debt! 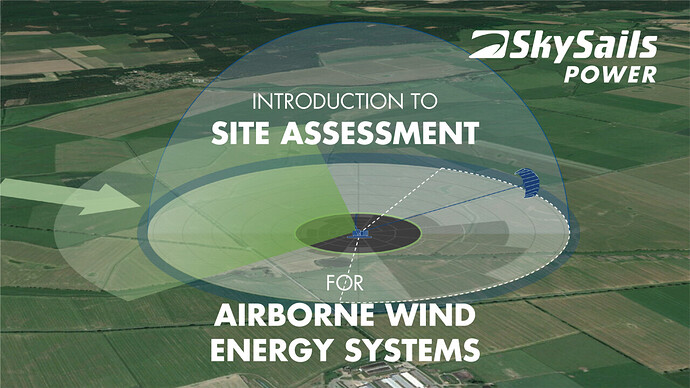 More hand-waving and happy-talk. What I’d like to know are details of how these systems that have been supposedly “sold” and which may be actually “operating” are actually working out - as usual…

This is starting to remind me of all these electric air taxi projects, including

as just two examples. We must see a new air taxi project every week - just never a finished product or system in operation. All news remains perpetually “in the future” (echo… echo… echo…)

Hi Doug: I’m not sure if you have looked at the content of the image, or what you should see (IMHO). If you do, you may see that there is likely no:

Hi Pierre: I’m not quite understanding your message.
I did look at the image - what’s to see?
Also, on Linked-in, I saw this:

Roderick Read and 8 other attendees

I did look at the image - what’s to see?

Indeed, everything is in the image. But that’s my opinion and I don’t think it’s shared in AWE circles. And yet, it is obvious. It’s up to you to find out what I think, or dare I say, what you should think.

Just as in any Energy Project, Site Assessment is a vital project requirement. Addressing Site Assessment for AirborneWindEnergy Systems, therefore, shows serious efforts towards some project implementation, at least in terms of feasibility at a given location.
@dougselsam comments to me seem rather off-topic and this calls to question the rationale for ‘all questions to be addressed by the author’ as demanded by forum rules. Some comments are simply out to denigrate the author and derail the topic, such really need no bother, IMHO.

Hi Pierre: Experience says your concern would be with spacing.