Laying up the last, and most important wing rib along with drilling of the spars for @AmpyxPower AP-3 ahead of wing final assembly #uav #uas #drones #innovation #aerospace #invest
Luke May 10, 2019, 11:43am #23 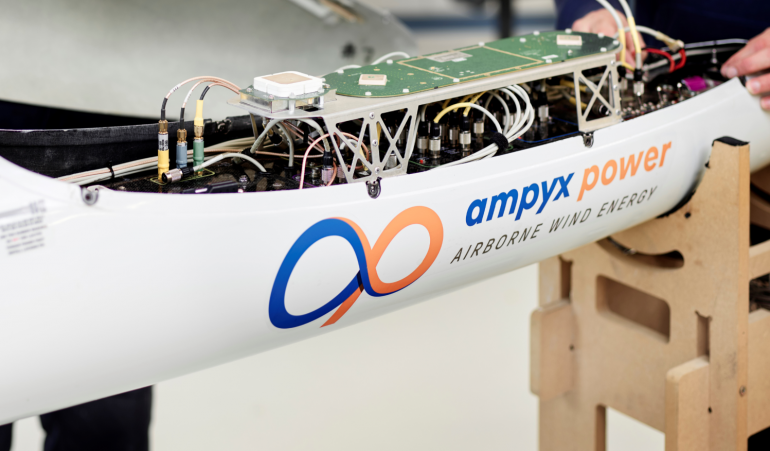 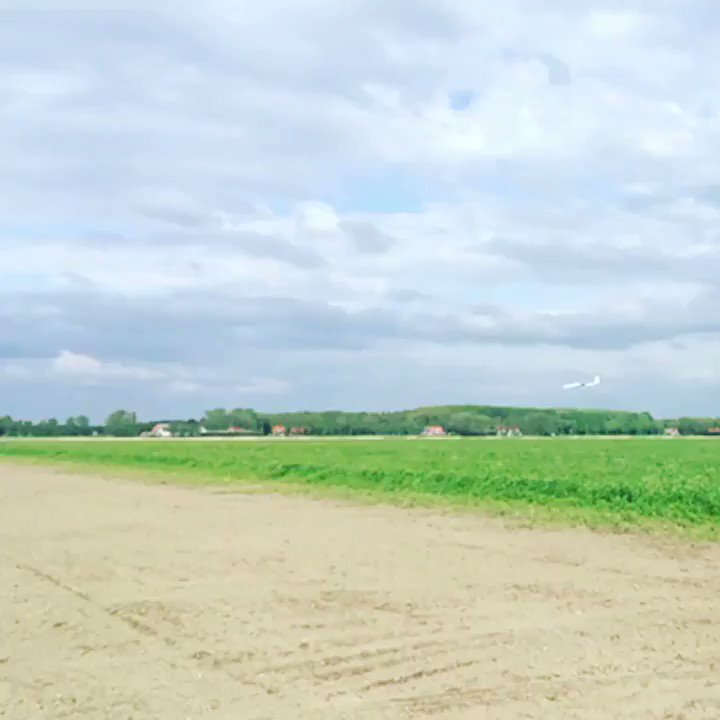 Does anybody knows somebody @ampyx? Would be great to know more about them.
It 's a long time they are working on that prototype, I would say 2 years at least.

Nope, but I have to congratulate them on being the most open company of the bigger ones. They share a lot of technical details and progress updates.
Something people might only find out through connections at other companies is shared by ampyx publically. 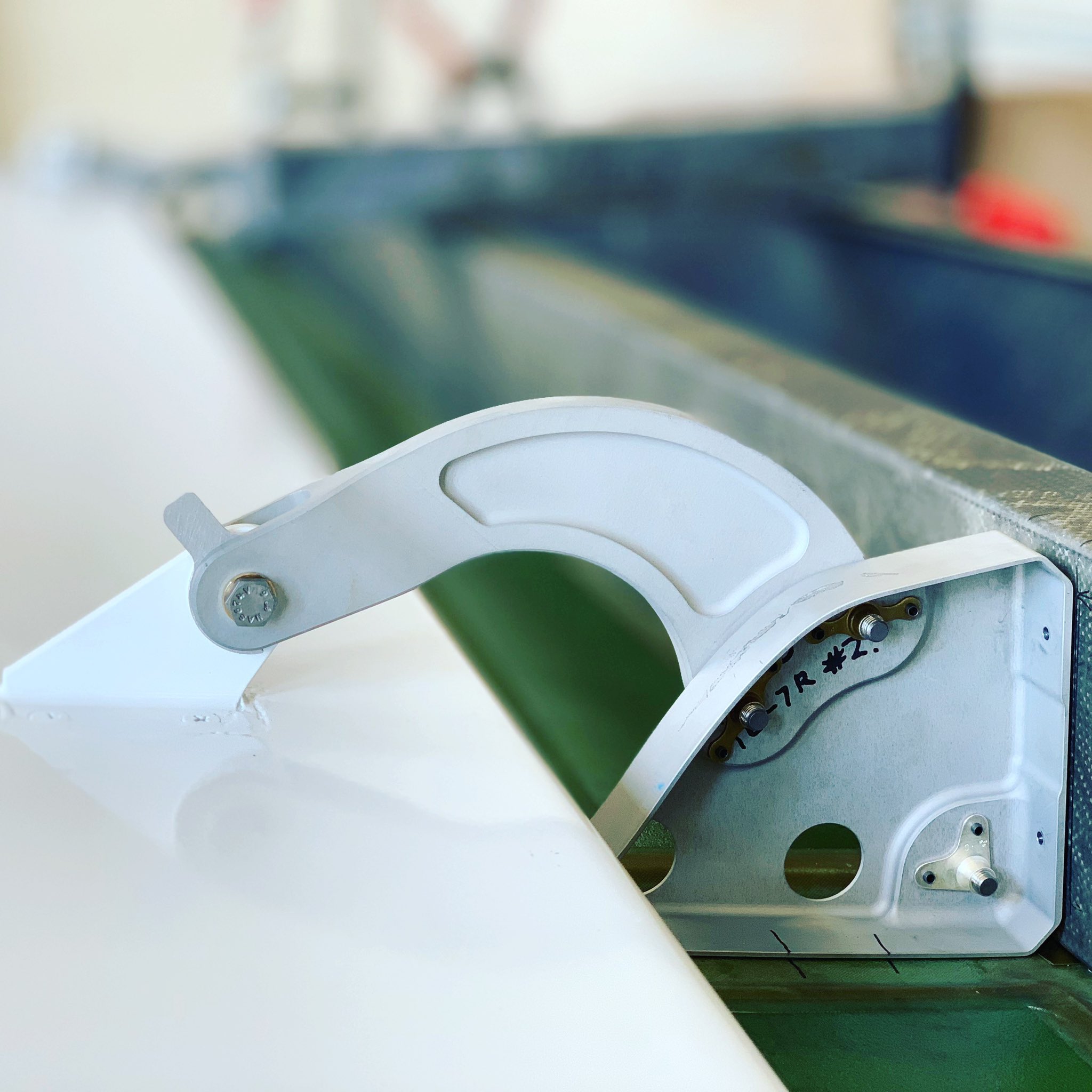 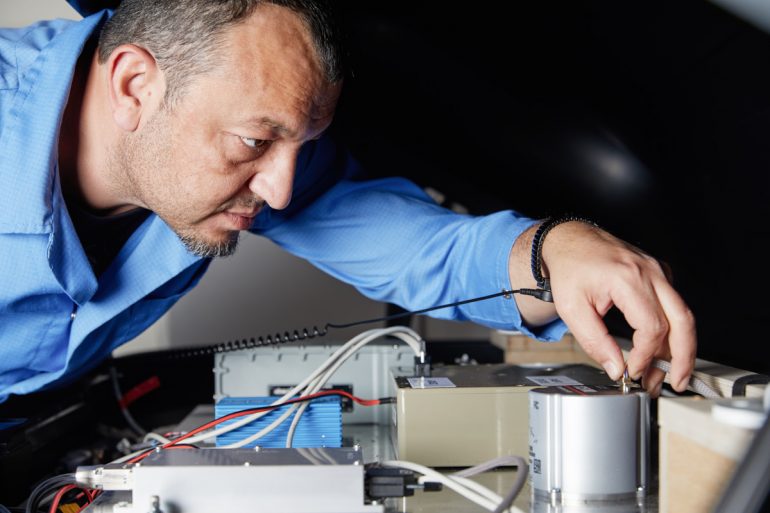 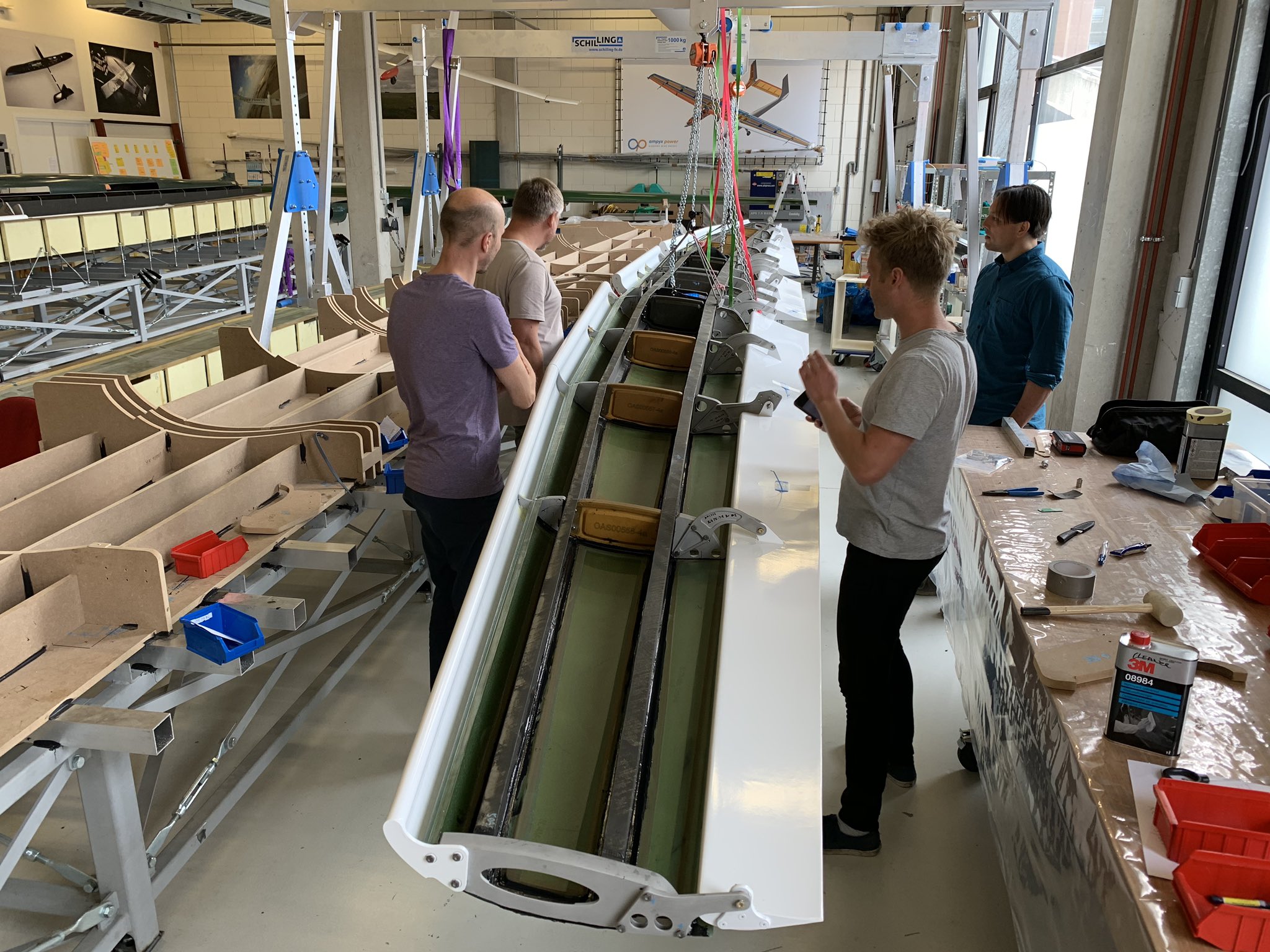 An elderly Chinese woman has sewn giant Peter Lynn wings. You could say he’s “super proud” of her.

AP3 assembly is safe PR on Ampyx’s part. The challenge for Ampyx is to log many flying hours for essential merit, but the accumulated risk of crashing a giant composite kiteplane is a PR nightmare that could end the company. They will likely do as their AWEC partner, Makani, does; fly briefly with fingers-crossed, and announce victory; without public flight logs, measured power curves, or crash reports. This will keep the venture capital pipeline flowing. 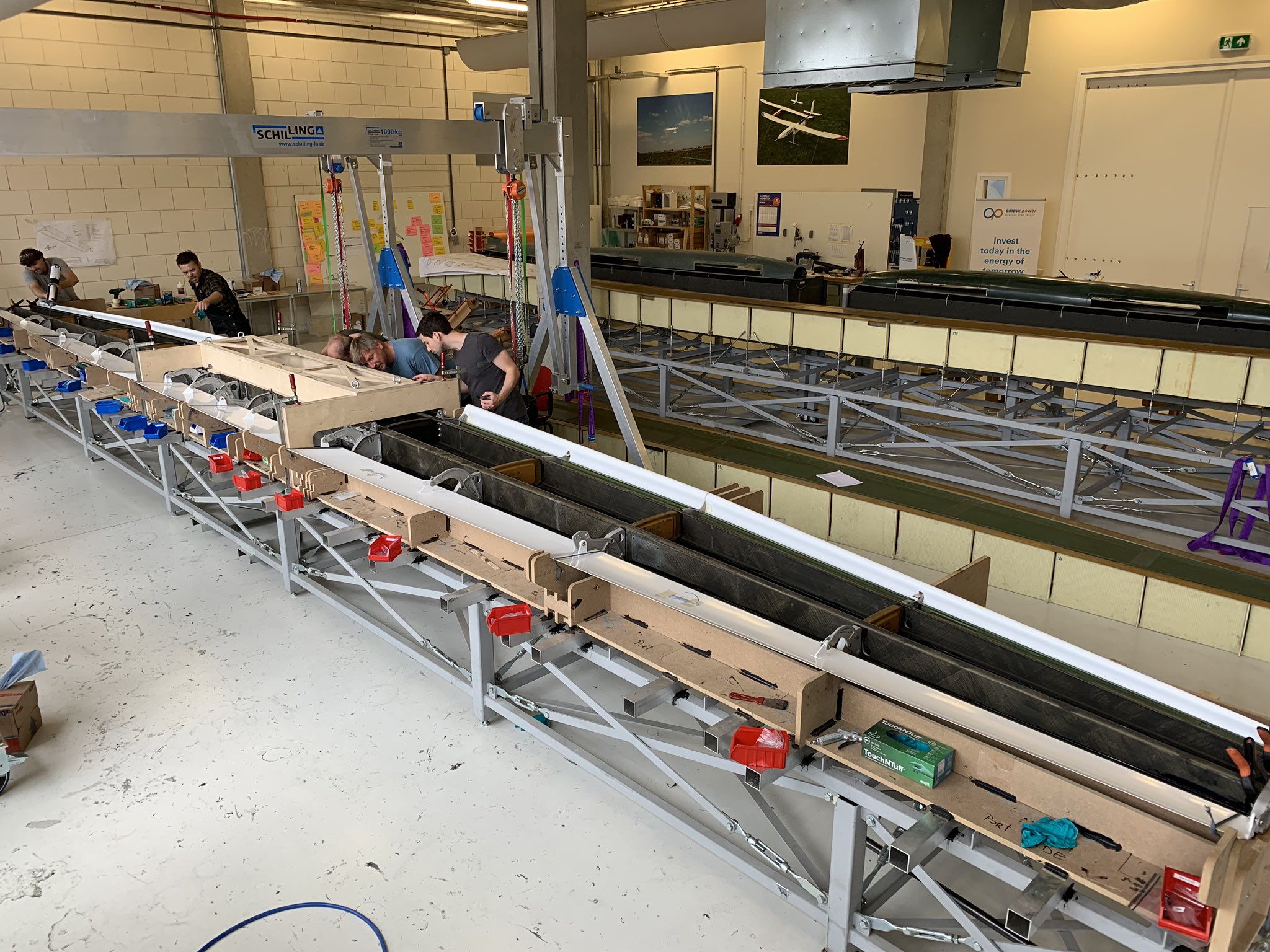 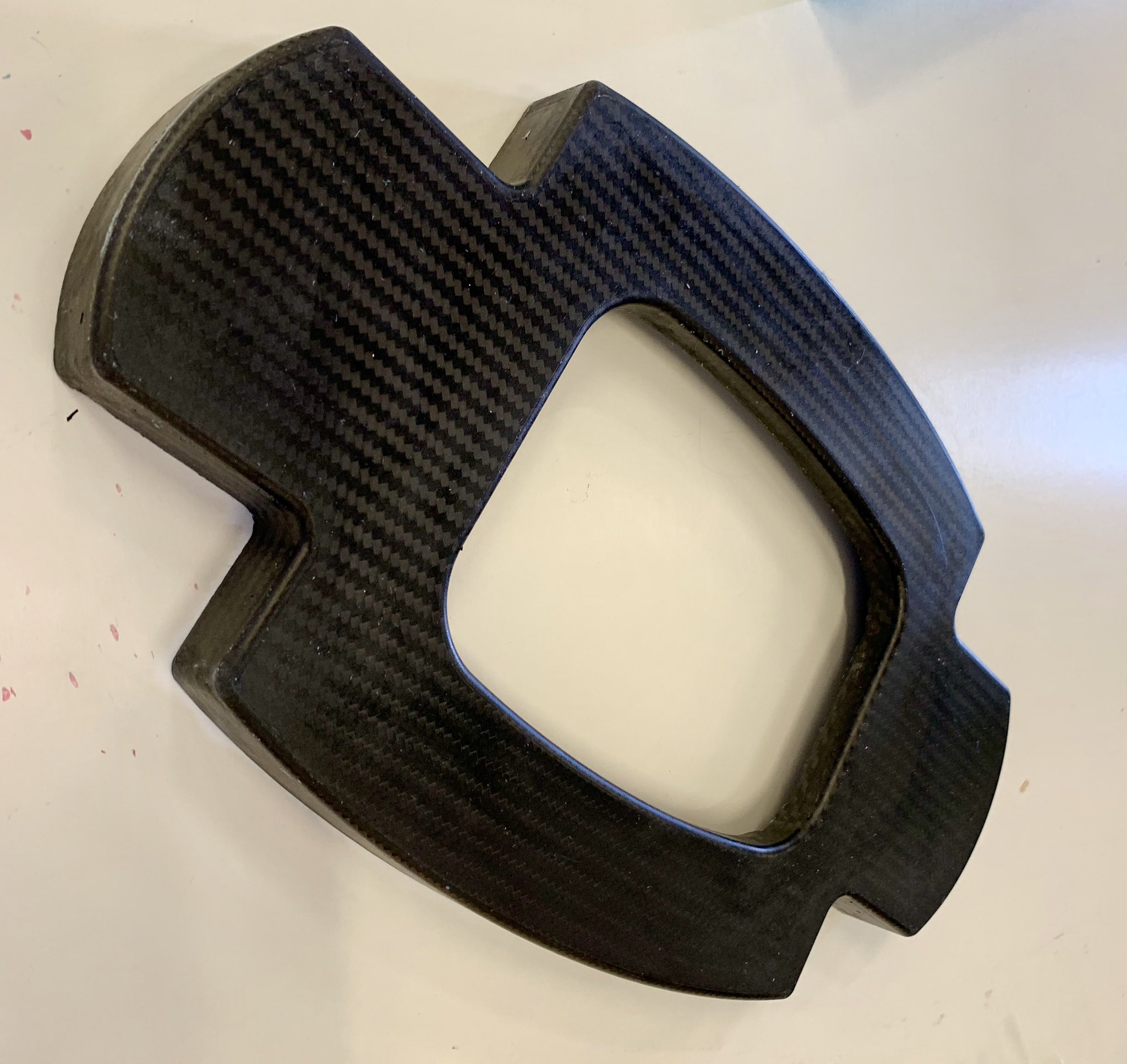 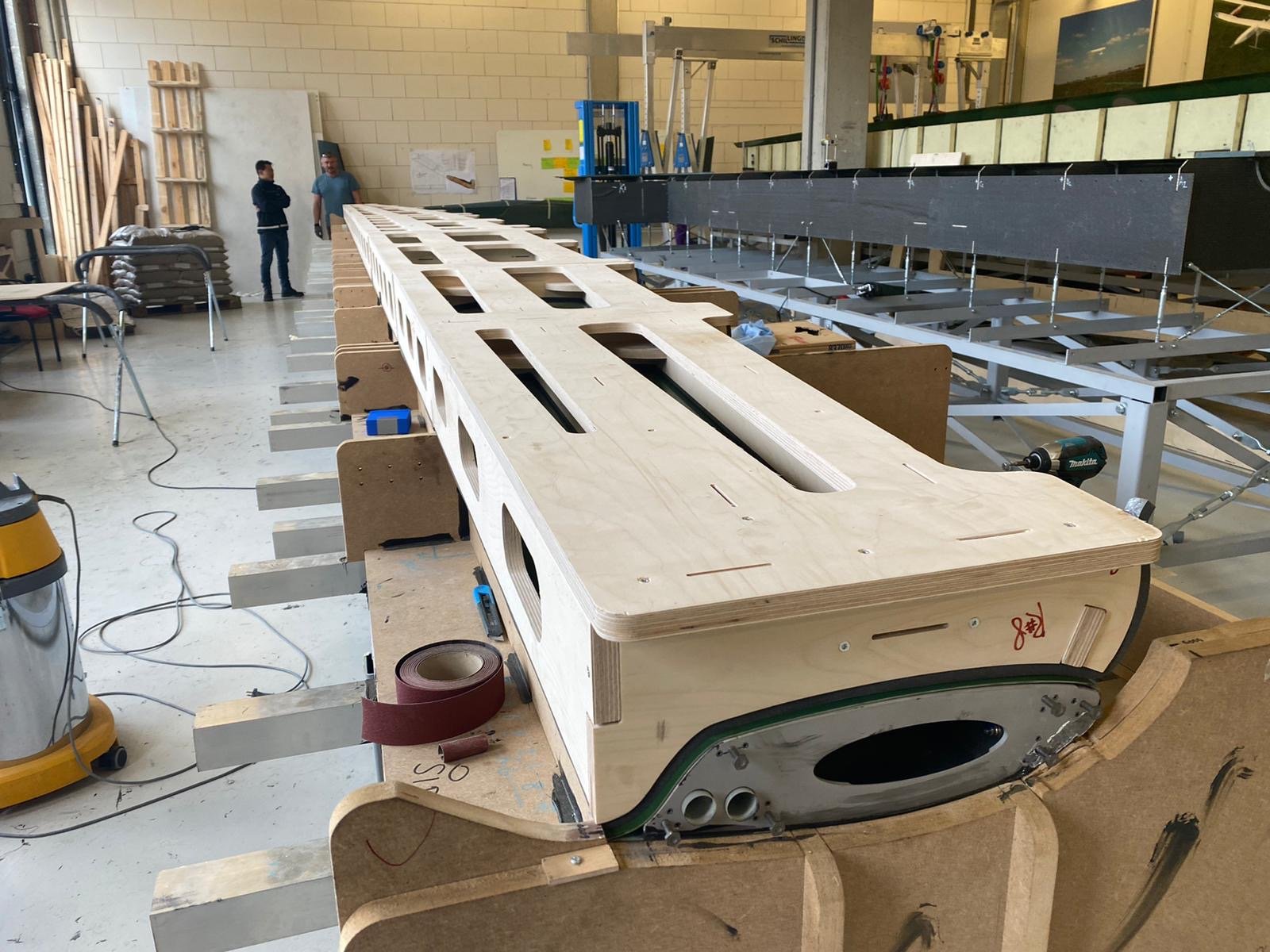 The test bed does not seem to simulate seaway motion of the buoy perch, off-attitude approach, or strong wind turbulence. Negative synergistic states may be inherent, where large waves can tip the perch while literally sucking the airplane downward on final approach, with no means of a go-around redo.

High-performance composite airframes are very brittle, the “forklift accident” risk is inherent Such an airframe overall cannot take many Gs of impact, whose forces on wings are opposite of normal flight load.

No comparable catapult/landing system exists elsewhere in aerospace. The closest model, military aircraft carrier catapults and arrestor-cable systems, are longer and wider, very expensive, but at least one system unit serves many aircraft, whereas Ampyx proposes a full system for every aircraft.

Ampyx was driven offshore due to population safety factors of autonomous high-mass high-velocity flight. “The Sea is a Harsh Mistress”, and does ease the challenges, but compounds them.

The heuristic prediction from these factors is very high capital cost and very poor survivability to pay-back, for the AP-3 architecture.