As we know by now, simply pointing to one “article” after another is mostly good for entertainment in this venue, since they seldom say anything we do not already know, and usually say a lot less than we already know. One thing they usually do not contain is “news” - at least for us. Here’s one that came in via email today: 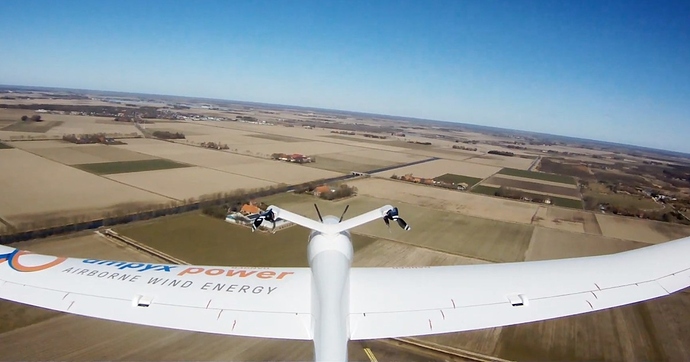 Wind turbine towers have become a familiar sight in many parts of the world, but if Ampyx Power has its way, they could be replaced with fleets of tethered drones. Supported by ESA’s Navigation Innovation and Support Programme (NAVISP), the Dutch...


Funny to read, and as is so often the case, the comments are more accurate and entertaining than the article itself. (I’m happy that Popular Science started allowing “comments” again, by the way. One more indication that the warming hysteria may have about run its course, since that was their stated reason for eliminating the comments section). Funny to see the inaccurate substitution of the word “towers” for wind energy installations that include towers.
This quote is not accurate: “Wind turbine towers … tend to be … relatively inefficient.”
Really? By what standard, the Betz coefficient? And airborne systems pulling a reel will beat Betz? WTF are they even talking about?
Then you get the typical blah-blah-blah: “According to the company, such a system could produce more energy than a conventional wind turbine, but would only need 10 percent of the material to build. In addition, such drones could be phased into the existing wind-power system by replacing older towers as they go offline.”
Typical journalistic exaggerated hype where they cite the same supposed advantage twice, using different words, as though one advantage is really two advantages, assuming the advantage is even real to begin with. Like when people say things like “twice as strong as steel at half the weight!” When the reality is you could say either “twice as strong” OR "half the weight, but not both which would inaccurately indicate it is really 4 times the strength of steel or 1/4 the weight.
OK so a flying system will use only 10% of the material, AND be more powerful than a conventional wind turbine. How long have we been hearing this “10%” figure? Really? Not 12%? Not 15 or 20%? More power? How much more? AND they will weigh only 10%? Will they use 10% of the material AND be, say, twice as powerful? Are you sure? Wouldn’t that mean they really use only 5% of the material? Then the same companies start using towers with heavy foundations, heavy cables, gearboxes, generators, reeling hardware, substations, etc., saying “Well the latest insights are that towers may confer certain advantages heretofore unrecognized” - unrecognized by whom? Newbies? Then they imply that windfarm turbines - er um I mean “towers”, will be plucked like daisies from the ground, making a little “plop” sound, as they mysteriously “go bad” with nobody having any idea how to repair or upgrade them, and one-by-one, get replaced by tethered drones, with no mention of how they will avoid the tethers getting tangled in the remaining “towers” - er um I mean “turbines”. These articles all sound good as long as you don’t actually read them…

It sounds like AWE has been a now closed parenthesis in wind power.