Perhaps less work than setting up a research foundation (A Kite Power Research Foundation) - or maybe one of the steps for it - is posting links to available grants and how-to’s on grant writing.

Applying for a grant from government or large company is a good way to ensure you’ve been duly diligent in researching the market, checking your ‘risk register’ , its value-proposition, and have all the likely component, storage/logistics, legal costs in your spreadsheet. The application process for grant-funding is very thorough, it’s much better to work through that to find the problems (or expose your inexperience/assumptions), early on. It may be quicker to find a clueless investor, and convince them you’re developing ‘the next big thing’, but this scenario usually plays out very badly for everyone. investors usually have smart people around them who’ll quickly spot your weak game (or lack of planning), then you’ll have to go looking for another bridge to burn.

Yeah,
Unfortunately in Brexshit land the only grant you can get is a very specific call for
*Can you make a quick software solution for £20 which repackages National debt and sells it as infrastructure glossing over the fact that we no longer own any of it? apply here using this 2000 page formula *

I’ve never gone through process of applying for grants. Is there an easy way to get small scale funding? Say enough to build a prototype? Is easy enough for this half wit to apply to? Perhaps no bigger than a sheet of A4 paper? I’ve been hitting my head against that brick wall? Tight fisted sods are not forth coming with the information I require? You guys have been the close to opening few doors? I just don’t quite know all the in and out? Do’s and don’ts? The who, hows, what’s and when? As I tend to learn as I go? Often things are just out of reach somewhere over a horizon or two?

2000 pages is out of my skills brackets. I’ve enquired about open sourcing? Website building? The standard marketing? Usually leave with a headache? Frayed attention span? And much, Much more? So best to ask they guys that have done it on the regular? Hints & pointer? I’ve left quite the blood splatter on the brick wall? Maybe brain cells too?

Done about 100 loops? To a few places? They have been tight lipped? It has been quite annoying? Assuming the meccano approach to developing products? Modular construction? I could advance a tonne of things I’ve made and call In support as an when required?

Im just going through it out there? See what comes back? Oh I do get the boomerang joke? Pardon the pun? If anyone knows of other platforms that comes with no extra costs? I’d certainly like to hear about It?

r/AskAcademia - Website to find all available research grants (by country...

r/AskScienceDiscussion - Can we talk about funding?

r/AskAcademia - Is grant money for research ever given lump sum with the... 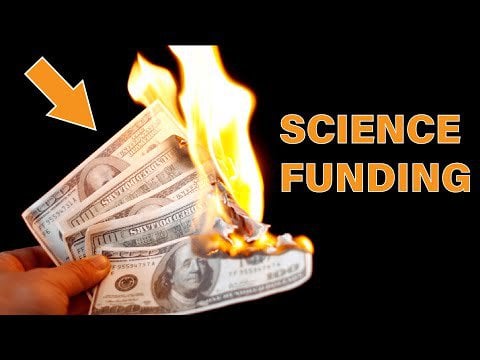 Ok? This might just be me being dense? all I got from that was, its corrupt, the systems broken, why bother? A Summary to acquiring funding? I get its not so easy to know exactly where to pivot and turn. Thats the brick wall of funding. I know Reddit mentioned squarespace but that a subscription service. I know a Etsy shop won’t cut it? Long way off YouTube bringing home the bacon? So…….? What to do? Looking for something like squarespace? Avoid the pitfalls of crowdfunding? Is fairly reliable and easy to access? Something a average joe can do from the comfort of a armchair if needs be? No hassle, no fuss, no major headaches? Fewest strings attached? 5min wonder territory? Then get down to assemblies?

I know many don’t have the patience. so require alternative to the standard model?

That sounds like a good start - As in : My AWES has the Fewest Strings attached…And reason from there
Here’s the thing - you have to get everything (EVERYTHING) in tip top order first
Make it easy for funders to throw money at you.
Nobody will throw money at the Headbutt wall splattering habit you described.
The easy work has been done - Bring something exceptional - and keep making it better

Fair shout! My issues like many others in a information deficit. The amount of time I turned up at a training venue with a idea in tow? Only to leave empty handed? Is nuts! Some were run by government training courses. Even sat in front of advisors? Who look at you rather lost when I brought a demonstration along? Did that with what I was trying to achieve with my attempt of bolting Dyson fan and hoover parts together? Then months later the Areomine showed up? I mean at one point it was? I was will work for beer? I really was a cheap deal! For me the wrong turns have be the killer. Time wasted like that tool search but can’t find the right tool? It a problem machinist face? Fear I’ve spent a lot of time looking in the wrong place?

Rough idea how to pull something off? Though might need a few pointer? Provide I can get the components built? Magnets coils and tubes any circuit controllers? Covering materials and live cost for me? It getting over the initial hurdles that lead to the head buts on the infinite brick wall?

When I costed out the toroidal generator? Was going to be use the blue mains pipe? Magnets and as many coils as I could fit on it! With a resistance gradient built in? Figured the 25mm MDPE pipe was £45 for 50m, the magnets were about the same £50-70 the coils I could order in? £100-150 for a set of coils? Plug and play wires? £500 max depending on delivery of parts? 2 weeks plus construction time? For me that a good afternoon work? No point having a sloppy design! All very fair points.

Might just have to bite a bullet? Then throw it out there? For peer testing? I’m good assembling components? Sort of where I was heading with it? It just being a little more well informed about thing will definitely help bring exceptional to the table? Even if that means being the starting point? Then giving it over to someone a-little wiser than I? Who then take it’s on further? Find the right suppliers? it takes off? As always is getting to the exceptional part that matter? Prototype first? With anything I can cobble together?

Who look at you rather lost when I brought a demonstration along? Did that with what I was trying to achieve with my attempt of bolting Dyson fan and hoover parts together? Then months later the Areomine showed up?

Jason, it is appalling that “Aeromine” ever got the Attention of Sandia Labs.
It is one more example of the general level of ignorance about wind energy out there. It truly DOES NOT MATTER if you have a PhD, unless and until you are willing to learn ALL about wind energy - maybe read a 20-page book on it or something, you will remain like a bird attracted to shiny objects. Aeromine is a dumb idea, that will go nowhere, guaranteed. The way you talk about getting a grant is like asking if you painted red spots on your skin, could it help you acquire a case of chicken-pox. No, the red spots are not a cause, they are an effect. A grant should be an effect of having a good idea, NOT something to shoot for because you don’t even know the subject matter and see other losing companies getting grants (having chickenpox).

Thanks for that!
that was way more insightful than some of the jobsworths I’ve encountered?

I’m glad in some respects aeromine taking the hit instead of me?

As for the rest of things? You made quite a few good points!
Simplify meaning for me is? don’t get cocky and over confident!
Don’t be a people pleaser! unless it is of some benefit?
Read up on lots of wind project past and present? Focus on the merits.
Try to avoid time & effort traps?
Try to build a product people would want?
Most importantly built it! Once you have a demonstration? future developments and design can follow?

I’m just struggling to get myself a scribe? Who is qualified and will just sit through the paperwork? The local authority were useless in this regards. I just needed someone to spend half an hour in support? Who was able to run me through the details. I’ve had about 4 attempts so far many have been very disappointing? My last attempt I couldn’t stay focused long enough on my own? then hit a burnt out? I got an idea what a buiseness plan looks like? Though wondered how simple it could be? At that point I had about 100 different ideas raging in my head, of thing I like to make? If I could pick up a phd as I go? That would be an achievement? Be a little like Fred Dibnah’s honorary degree in back yard mechanics? Basically documents everything get someone to asses the work? Much like how I did back in college? Get feed back? make changes as and where required?

Knowing the veterans on here? It always a good place to ask these sorts of questions. Especially when they have thier own hurdles to overcome? All very valuable points! I know the time I’ve wasted chasing chicken? Ask for further details? Get nowhere? I get the feeling sometimes some might be holding back? While others wouldn’t have a clue to begin with? Definitely left me frustrated and exhausted. Wake every morning think will this be the day? I’ve got lucky some days others not so much? Today been a bit of a luck day for me. so I’m glad for the tips!