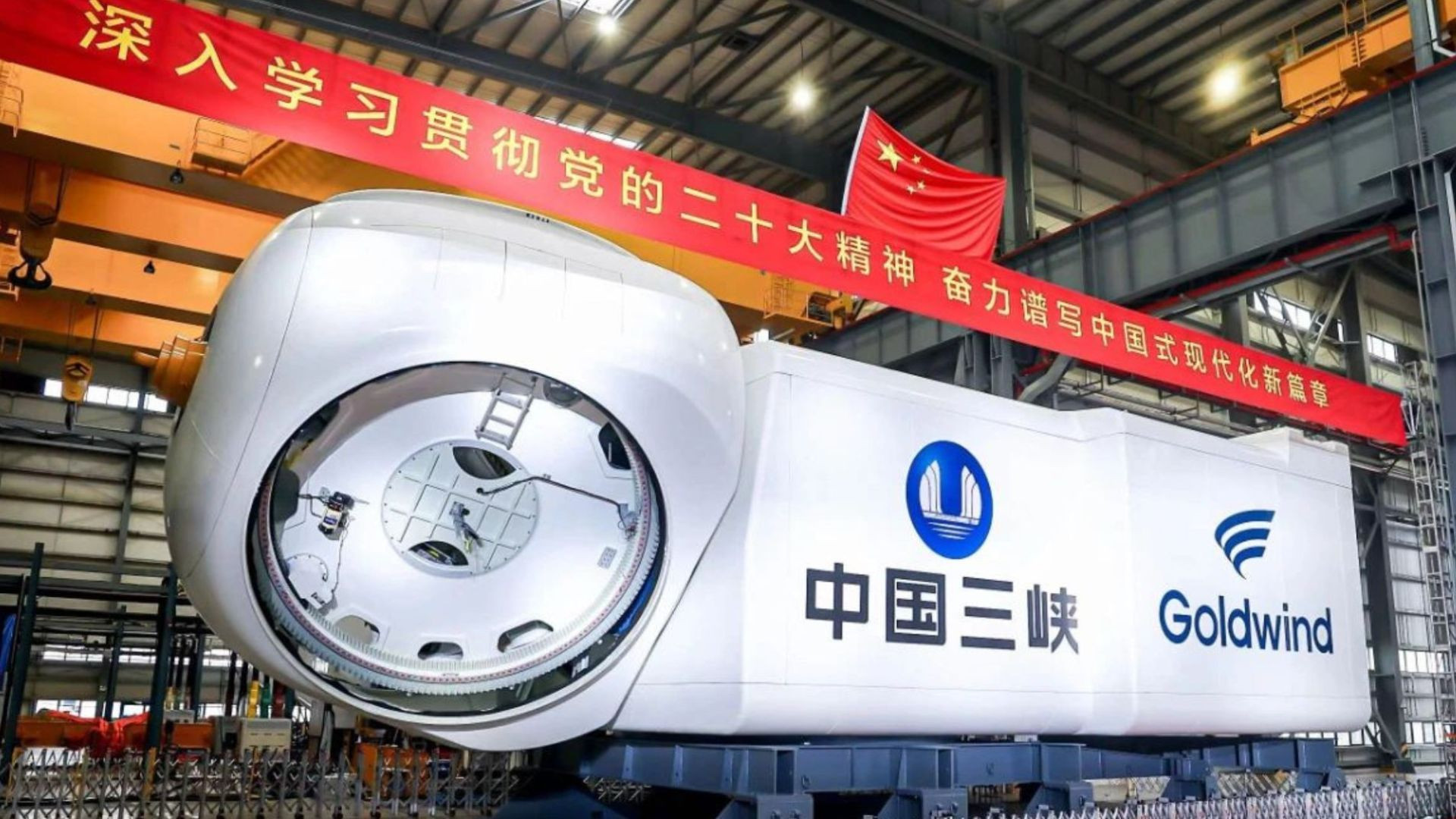 A new 16 MW wind turbine has been completed in China. Its manufacturer claims it is the biggest of its kind in the world.

In East China’s Fujian Province, a huge offshore wind turbine with the world’s largest per-unit capacity has come off the assembly line, according to China’s China Three Gorges Corporation (CTG). According to CTG, the 16-megawatt wind turbine boasts the world’s longest impeller diameter of 827-foot (252 meters), the lightest per megawatt weight, and a 480-foot (146-meter) hub, which is equivalent to the height of a 50-story structure.

CTG and Goldwind believe the 16MW unit is the highest-rated generator ever built. Its enormous rotor diameter provides a 50,000-meter swept area that can generate enough electricity to power 36,000 households annually, CTG claim.

Hi Pierre: Too big to fail?

Too big to fail?

Probably no, although for AWE the altitude operation margin continues to erode.

This is a point to be clarified. AWES were originally designed to harness more powerful and persistent high altitude winds which are (or were?) out of reach even for large wind turbines (HAWT). At the same time a secondary idea came into play: using much less material. This idea is nevertheless common with new very light HAWT like the one below:

The question remains as to what will be easier to implement, where to use, both on a small and large scale.

I do agree, to some extent, with Kitex approach. At least they started out realizing, or at least realized early-on, that overspeed protection was their main challenge. That is almost unheard of from the Professor Crackpot crowd. However it also seems possible that they just started out on the typical learning process of slowly “inventing” the same basic design that has emerged after thousands of years of development. It;s nice to say your design is only designed for light-duty, temporary placement in non-windfarm-class wind resources. The requirement for a robust product that could fulfill the requirements of reliable, long-term operation providing serious amounts of power in a good wind resource is neatly sidestepped, with the theme of targeting occasional use on camping trips, deployed in light winds near ground level in campgrounds , etc. allowing a level of fragility that would not be acceptable for a “serious” wind energy product. But I have to say I do admire their product - at least they HAVE a product, that basically does what it says it does (from what they say anyway…).