Long the only choice for off-grid, under-the-grid and back-up power generation in emerging economies, diesel is now on a death watch with the rise of renewable-powered machinery, growing solar

Without cheap storage, solar cannot power communities when the sun does not shine. Diesel’s essential advantage is power on-demand, as a storage media. Its not “dying” fast enough by solar alone.

kPower sees a special need for cheap wind power for poor high-latitude communities with low insolation, like Canada’s Polar First-Nations. We have been developing kite-hybrid concepts to transition these places from fossil fuel to renewable energy, with kite kinetic energy to be mixed with fuel energy onto legacy generator shafts, via overrunning clutching.

Kite-hybrid plants can scale to the largest fuel plants, as a transitional energy strategy that best leverages existing societal investment in generators and grid tie-in. Solar can prevail where sun is strong and winds are poor. Fuel may long remain the cheapest back-up storage option for the poorest communities, with non-foodstuff biofuels helping the reduce the residual carbon footprint.

Do you have direct links to more info? Preferably to studies? 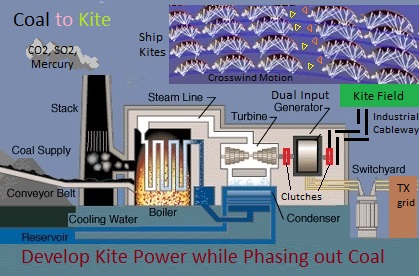 The impetus behind your idea, I think, is that coal is so much cheaper than solar and wind in some communities that this is the only way to compete, and it will stay that way for as long as it takes to develop the concept and to earn back the capital investment of possible installations.

To properly investigate if that is true, we need to know more about what those communities are, learn more about them, and learn how they are getting their energy now and where they will likely get it in the future.

That same exercise is another way of identifying possible customers for any renewable energy source. Maybe instead of doing that work ourselves, it has already been done?

The world doent have time for these kind of «solutions». Let fossile power die as soon as possible. This is apparent in Norway now as electric cars are gaining in popularity much faster than hybrid cars (the worst of them being the Toyota cars advertised to be «charging while you drive»). Focus on the long term solutions and dont get too caught up in todays problems (eg our coal plant pollutes to much and is not profitable)

The project you describe is probably massive due to both the kite power plant need to be adapted to the legacy coal plant, and vice versa. AWE is difficult enough as it is, we should not pursue these kinds of projects

«without cheap storage…» - I personally find this argument void. Power geneeation with fossile fuels simply is not an option. There is no reason why solar+storage should compete in price with a coal plant. Just pay whatever the new price is, after converting to renewable power.

Hint: the price will not be drastically different to what you had with the coal plants

“Zombies” is not exactly a technical or moral objection to fossil fuel.

A major case is India, where many millions depend on diesel or coal plants, and new plants are being deployed at a very high rate to finally electrify poor rural populations. There is no moral high ground for rich countries, who have enjoyed their high-carbon footprints for generations, to deny this reality, to only advocate higher capital cost solutions, like stand-alone AWES that do not at all leverage existing generators that these populations are investing in.

A legacy fuel plant converted to a kites need not ever burn fuel again, if part of a larger grid infrastructure. This is possibly a far faster and more equitable path to massive kite deployment than if populations are forced to wait for the purest version of AWES. The Polar region First Nations really are stuck with their hated diesel for now, and a stepping stone AWES tech is closer for them than a Northern EU ideal of wealthy sustainability, with everyone driving new electric cars while looking down on the poor for lesser but later dependence on fossil fuel, with less glamourous choices.

If rural diesel and coal really are dying already, kite-hybrids are not a way to reverse the trend. In fact, kites are a geoengineering basis to reverse global warming, but that’s another part of the calculus. Cheap storage is not AWE’s prime role, but its not to be denied as a major factor in how all this plays out. If solar+storage is the solution, what are we doing with fooling with kites?

I am not sure why we are still dabbling with kites. It seems @dougselsam might have already decided AWE is infeasible.

For me solar seems to be the winning choice. But there will be a small slice of the renewable market will be for energy of other sources that will even out the electricity production. There is also the problem of natural resources - solar could find problems getting acces to enough areas.

In the wind industry, AWE seems to me an interesting opportunity to advance the field.

Quite logical, and this has been discussed time and time again. I guess there will always be a few people like me in AWE, to stubborn to accept it unfeasible and that existing energy might be sufficiently good already

Kite-sport and soaring folks already know AWE is not just workable, but radically Utopian. The understandable despair of those lacking kite skills is not going to stop kite culture’s advance. Solar is great too, especially as seen from 500m high.

Chief Gordon Planes of the T’Sou-ke Nation is our Canadian First-Nations AWE leader. We have been thinking out the Polar Region rural diesel problem for a few years now. Here is a start linking to Canadian rural diesel-dependence case-

Tallak’s concern that a fuel-kite hybrid will not work well at smaller scale is being put to the test over time by kPower and others. Disasters, refugee camps, MSF hospitals, and similar humanitarian cases are not “remote ecotourism” AWES apps. Ethicists can frame the formal case for adding kites to the world’s emergency generator mix.

In reviewing the actual “diesel is dying” data, it seems to consist of a few encouraging cases and calculated potential, so the “death is greatly exaggerated”, as the saying goes, for now.

2 posts were split to a new topic: Climate change denialism

I am not sure why we are still dabbling with kites. It seems @dougselsam might have already decided AWE is infeasible.

No no no, don’t worry, and I certainly don;t want to create that impression. Rather please realize, again, if you step back for a wider view, there has always been a continual parade of “new” wind energy ideas. Almost none of them pan out. That’s just how it is. Wind energy seems easy until you have to really DO it, then you slowly realize a lt of knowledge of what works has been accumulated over 3000 years and the veterans know what works and what doesn’t. That in no way indicates AWE as infeasible, but it is just one more set of hopeful “improvements”, any one of which has n abysmally small chance of being better than what has been learned in 3000 years leading to modern wind turbines. I think there WILL BE a “next step” in wind energy, and it might be airborne, but it is going to take more than just saying it, raising a few million dollars to fly kites while taking group selfies. I believe airborne wind energy is pregnant with possibilities, but it;s just that the people pretending the expertise and insights to do it today, with their highly-publicized projects, may just not be the right people with the right ideas to actually make it happen. I’d ore expect you might suddenly see some working system from an unexpected source someday, with no advance fanfare or publicity, just someone who knows what the hell they’re doing.

what are we doing with fooling with kites?

Fooling around with kites, that’s what.

Except that solar+storage is not enough by itself. Kite tech is serious, and illuminating to “fool with”. Prediction: The losers in AWE will be those who fail to master power kites. Some of the first to master AWE will those communities aiming to reduce their diesel dependence, and who don’t have a lot of sun.

Here is a relevant Canadian program that AWES partners are considering- 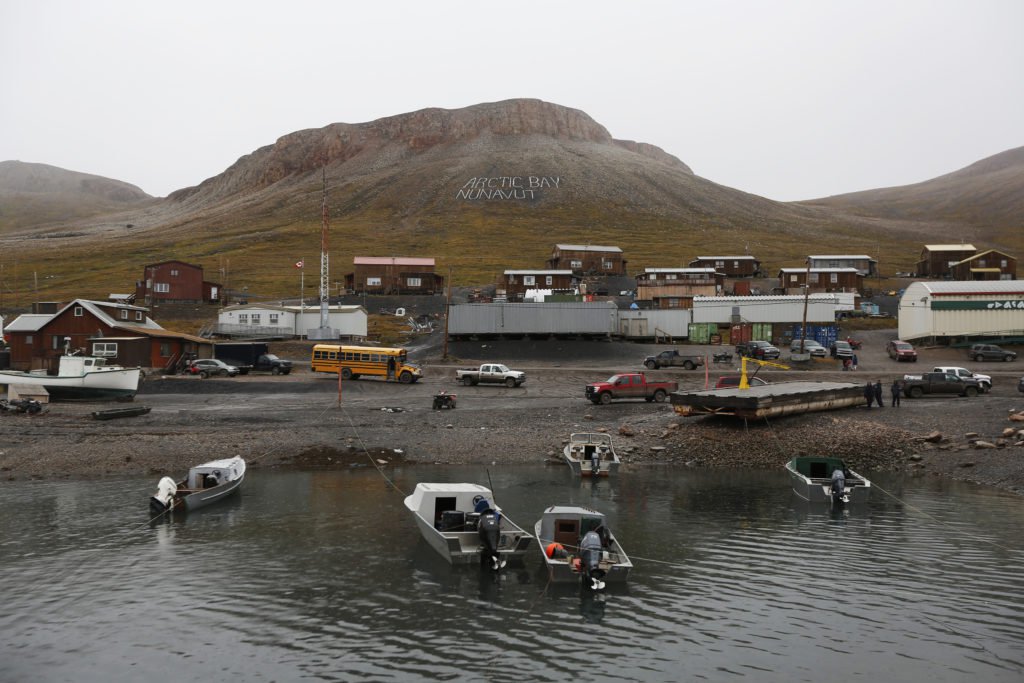 Canada’s federal government has committed $20 million to help up to 15 communities in rural and Indigenous areas of Canada to reduce their dependence on diesel energy. Participants for the Off-Diesel Initiative for Remote Indigenous Communities...