Indeed a noble mission.
But the work is describing a very complex set of variously calculated, nested and looping controls …

The control computation required for single line kite pumping systems is insanely complex.
That’s my opinion. I have much less experience of control architecture than the authors.

I better finish reading it before I say anything else, because it’s massively impressive work

It is difficult to answer.

The kind of systems described are not seen anywhere else as far as I’m aware. But most other aircraft would have a pilot to take over when **** hits the fan. I think if this kind if controller is a prerequisite for AWE, we are probably in trouble. If not, it may be a worthwhile addition later.

To be precise: I’m talking about systems that can eg. detect a broken rudder and the. compensate for that by using the ailerons.

Such systems are difficult because the kite is difficult to control in the first place. Losing an actuator leaves you with a crap shot at saving the kite or not damaging something. If you want to be completely sure things work after a failure, my guess is you need lots of redundancy, and in that case there might not be as big requirements to the software anymore (function is more or less the same after a failure).

At this point in time I think it is more important to arrive at the simplest possible control structure, rather than going sofisticated. This will increase the odds of a: arriving at any solution and b: that solution being fairly robust.

Using no computer control is a tempting option (as it seems a few of you prefer), but I am not convinced AWE is easy to implement without software. Perhaps its easiest to start with software and a bit too much controllability, then try to shave it down to something simpler.

An unfortunately high number of 737MAX pilots can’t argue their point in person after failing to overcome the repeating mistakes of an overly complex flight control system.

Simple flight with mechanically redundant design… I’m all with you there.

Every system can benefit from better control … but some failure modes are harder to predict.

If the flight controller in the paper from the first post works well… And that will take a lot of flight testing to prove… Amazing result. It sounds like a great bit of progress… However it can always be found that another layer or two of complex oversight control will be wanted to avoid new levels of unforeseen failure… Then again the model being used seems very capable of accepting new upset conditions…

I like the term Upset Condition, It’s almost as if the machine is getting emotional.

I’d also worry about humans around the machine getting emotional after learning that the upset condition prediction of the kite is trained to be greedy & only considers cost of power production lost and not cost of failure in weighting False Positive and False Negative predictors. Wasn’t that the point of an FMEA? That’s not resilience, sustainability nor independence.

Some observations about control needs are on: 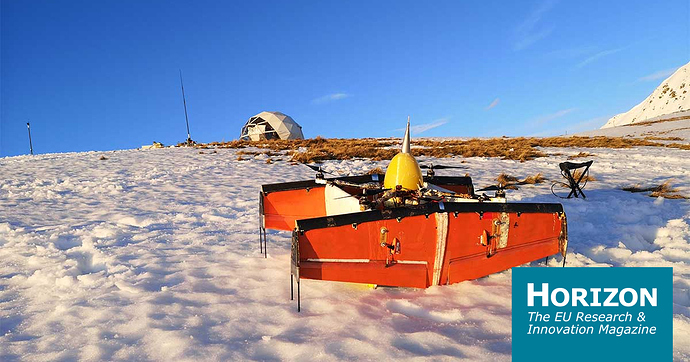 Flying high: how drones on cables are expanding the scope of wind energy

By harnessing the power of strong winds at higher altitude than turbines reach, airborne wind energy could be another key source of renewable energy, but it will need a combination of successful designs, more robust software and good storytelling to...

Safety is, however, something that airborne wind companies are still struggling with. If airborne wind wants to generate energy at scale they will need to let their designs fly autonomously in the wind for days or even weeks. Software systems will need to control these craft during these periods, and make them operate under changing weather conditions. And all of that without them crashing down.

‘Software is our biggest challenge right now,’ said Mona. ‘You want these systems to be fully autonomous, which isn’t easy.’

Indeed in the end it is difficult to see how AWE could do without very sophisticated softwares and complex studies. However, certain architectures should make it possible to reduce the logistical burden or add security redundancy. It is difficult to answer at this stage.

The control issue has also be discussed on Is a computerized control enough for crosswind kites?. Almost all founded companies with significant investments develop crosswind AWES in yo-yo mode requiring sophisticated Information Technology (IT) control for all steps of operation: takeoff and landing, flight, reel-in and reel-out and transitional phases. So these control mean should be perfect, never failing because of crash penalty, unless passive safety is also developed.

In the other hand some other methods comprising rotary systems only need a part of the functions devolved to IT control, partially because the flight path is restrained by building.

For the record, a ground-based wind turbine could operate without IT control to a certain extent.

So the question can be: do you have to put all the eggs in one basket with the full IT control? Or do you need to distribute tasks and increase security redundancies?

A physical human intervention (me taking over from the perfectly functioning computer) caused problems yesterday.

I tried to brake the rotor too fast.
There was a function available in the controller which would have done the job better. (I avoided it as I was concerned about the batteries and in a rush to save data)

Reliable control comes from a combination of well designed mechanisms and systems. Circumventing the system let me break the mechanism.

Humans should be a total last resort for AWES control. Even the “experts” are useless given all of the control.

Controls this good require fast networking and redundancy of all onboard systems. Ask an octopus. It has amazing control of capability and does most of it’s thinking (low level processing) in its legs.
Amazing animals. Still wouldn’t trust one to fly my kite.