Does this "New Airplane" make any sense?

https://www.militaryaerospace.com/commercial-aerospace/article/14286765/intercontinental-hybrid-vtol-could-fly-halfway-around-the-world
As usual, I keep seeing this same article in multiple publications. It’s about an airplane with incredible (unbelieveable) capabilities. Except it is only on paper, the “capabilities” are merely stated, not realized, and to me, they make no sense. Why would such a small aircraft (if it existed) be able to fly further than existing airliners, at only 10,000 feet, and go just as fast at 10,000 feet as airliners require 30,000 feet to operate at? They give no reason in the article why this wished-for small craft can e3xceed existing airliners capabilities, they just say it somehow can. Or would be able to if it were real. To me this is a dumb article that should either include an explanation for this supposed revolutionary performance, or not be printed. What do you think?

The way Im reading this is that is better than a propeller based aircraft because it can fly like a plane and still land vertically in a tight space. As such it makes sense. I am not reading that it flies better than a «real» airplane. But my interest in this is a bit … meh … at this point. Maybe they will let us know when its ready for general use?

I am not reading that it flies better than a «real» airplane.

Hi Tallak: The article said it could fly 11,000 miles instead of across Manhattan, but they never say how or why it can achieve such incredible range for an aircraft of its size. Plus it can do vertical takeoffs and landings, right? And it can fly further than an airliner at only 10,000 feet, at 510 mph / Mach 0.66) cruise speed - with all that air friction? Airliners can’t fly that fast at 10,000 feet. What is this, an actual design, or a fantasy wish-list of impossible-to-combine features?
Here’s a link to the original article in New Atlas. It also features another aircraft the company built, that is on hold now due to an electrical fire. 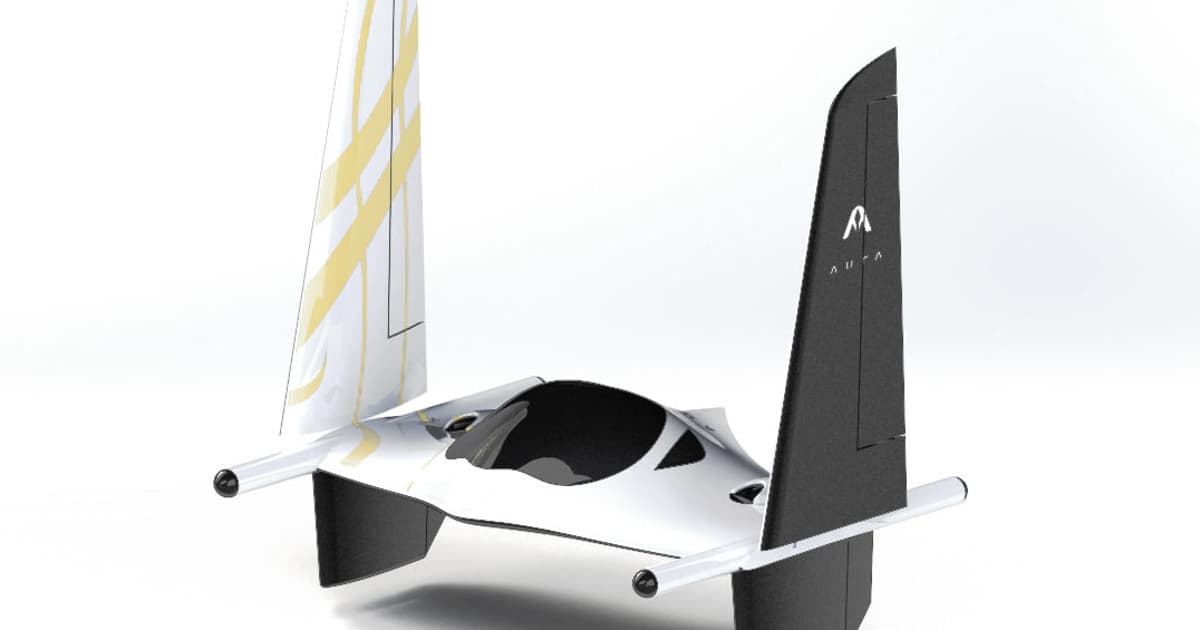 Intercontinental hybrid VTOL could fly halfway around the world

Aura Aerospace has proposed a crazy new take on advanced air mobility. The five-seat Ranger looks like Darth Vader's shuttle when it's folded up, but it promises to fly further than any normal airliner, with roof-to-roof vertical takeoff and landing.

The article ends saying
“We’d love to see one fly at full scale, but we don’t like our chances.”
So if you have a sketch and a wish-list, draw up a rendering and do a press-release, and say it can go Mach whatever and fly halfway around the world, and magazines will print it because they always need more material.