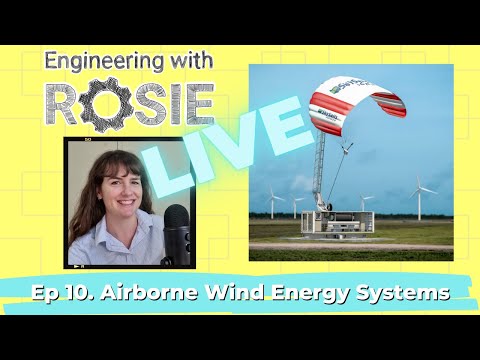 Did anyone watch it?
Was brutal.

I mentioned being gutted that Michael Barnard hadn’t covered Rotary. Rosie said ~
Kite Turbines won’t get covered because they can’t scale.
Where does that new data come from?

Skysails got called out on their launch and recovery video. The recovery sequence is the reversed video of a launch.
Someone is tweeting about that this morning.

Reality is catching up with previous rave reviews.

That said, this very (too) long video does not present anything new.

The purely engineering perspective is not sufficient to account for the possibility or not of the AWES to integrate into the environment.

Rosie said ~
Kite Turbines won’t get covered because they can’t scale.
Where does that new data come from?

We (not quite “we”) generally see what is reported in some publication (see table 1), without imagining the considerable diameters that the rotary AWES could reach, for example simply by opposing two GygaFly (totaling 130 m diameter), then going towards various PTO including that of Daisy…

Ok. So I dont need to watch then? Did she offer an explanation to why they dont scale? Kite turbines in general or just a subset of the designs?

You mentioned that rotary AWES couldn’t scale. Do you have any data on that scaling please? There will be a limit but our research to date suggests that tensile network designs can work on very large scales.

Glad you enjoyed it. And I didn’t say that, I merely said I wasn’t covering it in today’s livestream.

Ah Cool. Thanks. It’s still new and torque over lines through the sky is a crazy sounding concept. Going to be presenting new independent analysis on tensile rotary power transmission scaling at AWEC this year. The trick is maintaining geometry ratio with force ratio control.

I think it was a fair and measured look at it, if a bit wide and shallow, from an experienced wind turbine engineer. I would have liked it if she would have done a deeper dive on one particular approach. But then that would become more original research and much more involved.

A few minutes after this timestamp she talks about her experience with the fatigue of flexible components, which I thought was interesting. Also a bit after that about tethers being dangerous to birds, probably more dangerous than regular wind turbines.

Good comments on LCOE here, with a comment from Saul Griffith about targeting $30/MWh, but that regular wind is now competitive with that.

Calling out SkySails for faking their automated landing by just reversing the video.

Land use and the cost of that here. Traditional wind uses 1% of farmland.

The represented angle elevation is far higher than expected in crosswind operation, which is about 30-35 degrees. This changes the perception of land use.

A little off topic, but why does not Skysails use single skin kites? Seams like a obvious choice to me with less material usage and easier and cheaper to manufacture the kite. And they even pack down smaller for storage.

Also their kites is really low aspect ratio. Would not a high aspect kite preform better like they use in kite foil-racing?

They are much more difficult or maybe even impossible to produce. Single skin kites may not recover from a luff. Also aerodynamics is more complicated. With two skins you are freer to select a profile.

Coming from a non-kite designer. These are some things I expect could be the reason

High aspect kites are more efficient but also turn slower and are more difficult to handle. Turning speed may be very important for Skysails, I think

I’d recommend asking Reinhart from kiteswarms for his advice on this.
He made the flysurfer peak if I remember correctly

Shhhh don’t tell everyone, Roddy!
Let the people with bad ideas get all the publicity.
Like lemmings off a cliff.
By the way, I’ve seen at least one video on wind energy from this chick. It’s always the same when outsiders to wind try to nonetheless “explain it”. They don’t really know. They are always saying stuff that is wrong. They are like kids putting a report together for school.

Did anyone watch it?
Was brutal.

Yeah I had to put it on 1.5x normal speed to even stand to get through it. Agonizing.
More of the same echo chamber from a decade ago. Altaeros, Saul Griffith, Makani, blah blah blah. Wait, what about the leading poster-child for the first few years, Magenn??? Yeah, sure Altaeros gave up on producing electricity because oil was so cheap. Only thing there is, a teeny fraction of electricity is generated using oil, so that is pretty much irrelevant. Nice excuse, but maybe the design was just wrong. And Makani gave up because wind energy had gotten so cheap. Again, nothing to do with their execution or interpretation of the concept.
Of course there is always that idea that an AWE system will be the answer on an island where diesel is currently used, with the fuel being expensive because it has to be specially delivered by ship, but the glaring hole in that logic is you are STILL competing with the option of a regular wind turbine on a tower for the same island. So the “island” theme does not serve as the “vacation from reality” that AWE people wish for. And the presentation ended with the old “disaster relief” possibility as a last straw. Yeah, well, good luck with that one. Rotary? Who in their wildest imagination would ever think rotation had a place in wind energy? That’s not part of the current echo-chamber, so nevermind. Count your blessings on that one Roddy. What about the original laddermill? I thought that was supposed to have been a stroke of genius! I guess that was until it turned out I had conceptually already invented it in the 1970;s, then it suddenly was forgotten. Well at least “they” kept the name while giving up on it as being just too difficult, since they could just buy a kite and fly it and have fun without having to get some crazy laddermill working. I’m still wondering, if the idea is to replace structure with software, haven’t they had enough time to write the software yet?

They are much more difficult or maybe even impossible to produce.

Why is that? As another non-kitedesigner i would think single skins was easier to automate the production of because you have full open access to every seam for every cell on the underside of the kite for a machine to do heat or ultrasonic welding of the seams. While on a two skin kite each seam is hidden inside between the two skins for every cell so it is much harder to reach for a machine and manual work by a human is required.

Just the design is hard. Everything else is better, given exact same performance. But expect performance to not match for a single skin kite, because twin skin skites have more design options.

Low performance gliders are easier to turn, less likely to stall, and easier for beginners to handle.
High-performance gliders have better glide performance (gee, ya think?), but are harder to turn, easier to stall, and definitely not recommended for beginners.
Geez, now that I think of it, maybe for AWE “the terminology is different” so for AWE, a “stall” means the engine quit! Even if there is no engine - since when do facts matter? Since when does established terminology matter?

I have not seen single skin gliders promoted for beginners. More for hike flying where the volume and weight of the wing when packed down in your backpack for hiking is the biggest driver of the choice of glider and harness.

I was talking about hang-gliders (with a frame), not paragliders.
You are talking about paragliders.
Yes, high-performance hang-gliders have less chord and so are higher aspect ratio.
And they have a top and bottom surface.
Beginner or just recreational hang gliders are mostly single-skin, with the dual-surface restricted to the first couple of feet along the leading edge.
They have a bigger chord and hence a lower aspect ratio.
A beginner wing with its longer chord has more surface area and so it can act somewhat more like a parachute - easier to turn, more forgiving of mistakes. 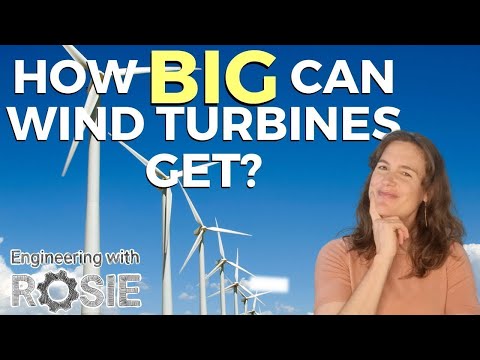 Can we offer fresh new primer material?
Is the IEA material nearing readiness?
How is the AWEC video publishing coming along?..