Fresh in from Yale: The winds are slowing! Of course the problem is global warming. Wait, I thought global warming was going to make the winds stronger - you know- more hurricanes, more tornadoes, more “extreme weather”… Now it’s going to slow the winds instead. I guess they had to change it when the winds didn’t get stronger… Global ‘Stilling’: Is Climate Change Slowing Down the Wind?

As carbon dioxide levels rise and the Earth’s poles warm, researchers are predicting a decline in the planet’s wind speeds. This ‘stilling’ could impact wind energy production and plant growth and might even affect the Gulf Stream, which drives much...

Have no fear - if the winds stop, all we need is to convert hundreds of coal plants to nukes:

And for Dave’s sake, - oh I mean John - let’s not leave Nigeria out of the clean energy news.: 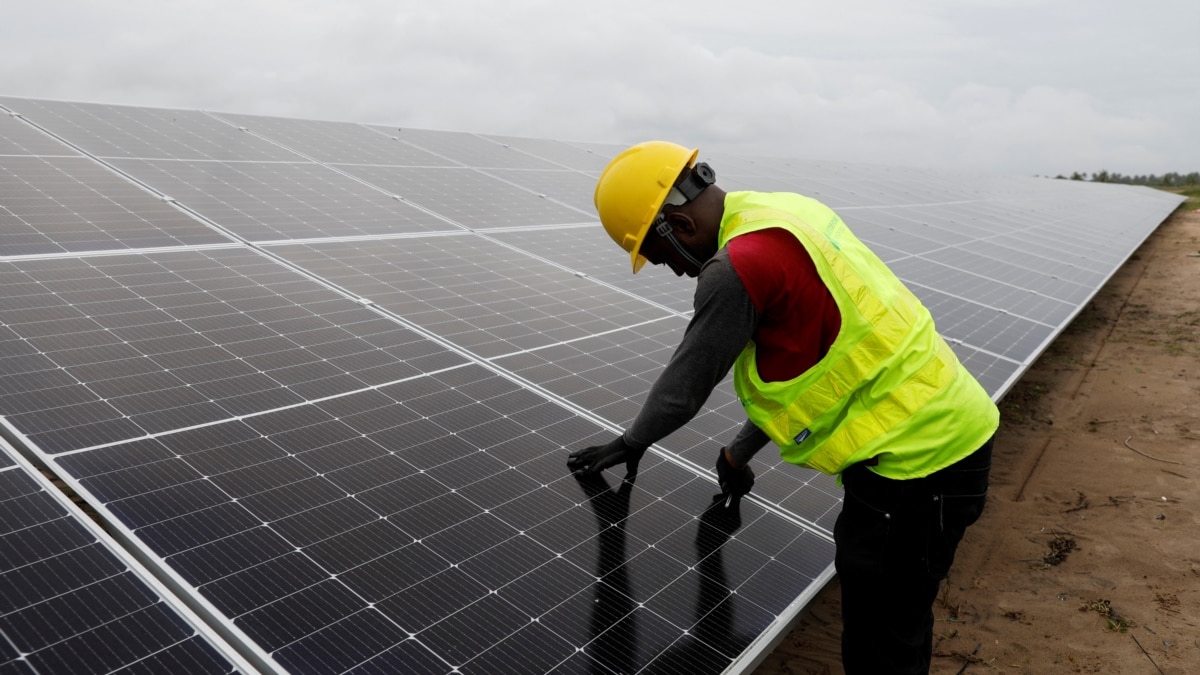 US Pledges Support for Cleaner Energy in Nigeria

Kerry began a two-nation West Africa visit Monday in the Nigerian capital, where he met with Nigerian President Muhammadu Buhari. In Abuja on Tuesday, Kerry met with top government officials including ministers of environment, petroleum resources and agriculture, and signed the Clean Energy Demand Initiative.

He said the agreement allows the U.S government to assist Nigeria in developing technologies for cleaner fuel sources, including gas, wind and solar energy.

The recent declines in surface winds over Europe renewed concerns about a “global terrestrial stilling” linked with climate change.

Declines in surface winds (?), but perhaps not in high winds (good for AWE?).

Here in Germany, our right-populist party AfD (Alternative for Germany) is spreading the word that global warming and less wind is actually caused by too many wind turbines (and they fight each one of them as if it was the devil). Here is an article (in German) from a regional branch: Klimaveränderungen durch zu viele Windräder | AfD Schleswig-Holstein
I didn’t check this, but I would be surprised if they were the first to bring up such a “theory”. Quite often they copy and adapt ideas from US sources such as the Heartland Institute…

Personally I’ve always thought it is stupid for people to be “against” wind energy on a political basis. My attraction to it has always been on the basis of having toured the inside of the hydroelectric plants at Niagara Falls as a kid, and being impressed that they powered most of New York State with cheap electricity that required no fuel. Since we flew kites and had a sailboat, I knew the wind had a lot of power, especially since you could easily guess the sailboat was putting out a few horsepower based on its speed compared to how many horsepower of a motor it would have taken to go the same speed - quite a bit of power available. One thing we never seem to learn though, is everything we do has side-effects. Whether it is a drug you are taking, or pumping up groundwater for irrigation, or “slowing the wind”, which is exactly what wind energy does, it’s impossible for it not to have some unintended effects. As to how significant those effects are, that could be debated. Personally I don;t think wind turbine would slow the wind anywhere near as much as, say, a mountain range, or forested areas. I tell you though, we live in an age of bumper-sticker-slogan reasoning. We talk about “green energy” as emitting less CO2, whereas NASA says CO2 has been greening the Earth. We say “green = cool”, whereas all the studies I’ve been reading say our ice-ages involve expanded deserts due to the dry air. Then again, still coming out of the last glacial cycle, the Sahara Desert and the Mojave Desert, where I am now, were full of lakes and greenery. The bottom line is there are so many inter-related effects that it becomes almost impossible to sort it all out or predict much or anything, especially when you consider “the butterfly effect”. I will say that wind and solar have proven to be cost-effective, and electric cars have their own demand as they did in 1900, so maybe we should allow them to expand naturally at this point instead of forcing them into existence by “pushing a rope”. If you remember, usually when subsidies for new technologies are first implemented, it’s usually on the basis of being just temporary to help get things rolling.

Traditionally, if you specifically wanted to avoid sensitive subjects, people would talk about “the weather” or something technical. Sadly, those safe topics seem to have been sucked into the “divide-and-conquer” effort to get everyone to disagree with everyone else on every possible basis. And they try to make it as emotional and devoid of logic as possible, usually degenerating into name-calling if possible. We, as ordinary people, don’t have to go along with that.

And for Dave’s sake, - oh I mean John - let’s not leave Nigeria out of the clean energy news.:

Thanks, Doug. I am not offended. “Show me your friend and I’ll tell you who you are.” Indeed, DaveS is a friend of mine.

Kerry began a two-nation West Africa visit Monday in the Nigerian capital, where he met with Nigerian President Muhammadu Buhari. In Abuja on Tuesday, Kerry met with top government officials including ministers of environment, petroleum resources and agriculture, and signed the Clean Energy Demand Initiative.

And in Senegal:
US climate envoy Kerry cautions against long-term gas projects in Africa (msn.com)

“Show me your friend and I’ll tell you who you are.” Indeed, DaveS is a friend of mine.

Hi John:
Wow, scary for you. I’ll just say this: Just as you can identify someone by the style and sound of their guitar playing, I can clearly identify your little buddy by his writing, from the style to the terms he habitually uses. You guys are not fooling anyone. You are being used as a conduit for him to bypass his ban here, which is fine with me as I am not into censorship, but let;s just call it like it is.