You might consider that when one side of any story is presented, especially if it is all you hear, day and night, it can become very convincing. Were you around in the 1980’s when the panic was over an impending ice-age, “nuclear winter”, etc.? I’ve read studies going back to the 1700’s indicating an alternating panic in the press over warming/cooling/warming/cooling with a consistent interval averaging about 30 years. The shift from “warming” to merely “change” is a telltale indicator. Real climate scientists will confirm that we’re already thousands of years overdue for a descent into the next glacial period of the existing ice-age we are still in right now. Here in the U.S., we were warned that kids in the Washington DC area would never see now in their lifetimes after 2015. But instead we’ve had record snowfalls there in the past few years. Officialdom will slowly get to the point that they’ll be rationalizing why we thought warming was the issue, but with more knowledge they now target cooling, and fossil-fuel companies will benefit from reverse carbon taxes to encourage fossil-fuel burning. I saw a pretty impressive video on youtube explaining a theory that limited CO2 emissions from man’s activity, including farming, rice cultivation, livestock and other factors is the only reason we’re not already in the next glacial period. One thing you have to remember: “official” sources can easily completely reverse their stance on any issue within just a few years and are so good at presenting their desired story as fact that most people will just keep accepting it, no matter what. CO2 is a factor, but only one of many. Still, I have always loved wind and solar, just because I like the ideaa of not having to buy fuel, plus they re fun, but to be honest, the “greenest” power is actually coal, since it is the most beneficial for plants. Think about it. If you really mean “green” you should be promoting fossil fuels. “Green” is just one example of controlling the conversation by controlling vocabulary to the point that logic is often lost. Well, just something to consider. I’m not trying to be a Nostradamus or anything, but if you step back, from a time perspective, to gain a wider view, you;d have to agree that this ongoing back-and-forth between warming and cooling is nothing new, and likely to continue.

Diesel is dying in rural economies: data
Winter is back in Southern California
dougselsam May 4, 2019, 9:43pm #2

kids in the Washington DC area would never see now in their lifetimes after 2015.

Sorry I left out the “s”. I meant:
kids in the Washington DC area would never see SNOW in their lifetimes after 2015.

The Roman warm period and most of the current interglacial (between glaciations) period was warmer than today. We’ve passed peak warming something like 8000 years ago. Glaciers have receded and regrown again already, all within historical times. CO2 is a factor, but not the only one. As usual, the losing side of an argument is sometimes the one that has to resort to calling names. If you actually check the long term data, and look into real ice-age climate science, (not just hype) it is well-understood by all concerned that the orbital cycles should be taking us into the next glacial cycle about now, and that, statistically, we’re already thousands of years overdue. Remember Joe Friday? “Just the facts, ma’m”.

Don’t want to engage this, but can’t let it stand uncommented either. Enjoy:

I remember the very cold winter 1985 when scientists spoke about an impending ice-age. Winters 1986 and 1987 were also cold in France.

Luke’s video link shows just how Pierre can recall the “cooling” opinion of ~6% of scientists without being able to recall that ~94% of “warming” scientific opinions did not attract the same attention.

Again, look at modern climate data, and how non-scientists are instead swayed by lurid headlines.

The 1985 ice-age opinion was the only televised opinion.

“Television” and other popular media content is often at odds with careful science. No wonder so many folks can’t agree about climate science.

The people spreading doubt about the health effects of cigarette smoking, pesticides, and so on, are not independent. They are paid for. Or they are duped by the paid for group. Follow the money, Doug.

And I’ll close the topic.

This is a place to talk about how to make AWE a reality. Not a place to waste time with this.

I dont think that you @dougselsam are entitled to choosing the facts of the world on this one. Take a broader look instead of listening to some grumpy old men unable to accept change in the world (I find it strange that climate change deniers seem to so often fall into that category).

Im not having this discussion. But please note: by spreading unscientific falsehoods, you are probably causing damage to some parts of nature, which in my book constitutes to evil, if you were in a position to know that your actions would lead to that.

I guess if you are an American you are in a poor position to get an impartial view on the subject, with Trump as president and oil companies expanding into shale oil reserves. 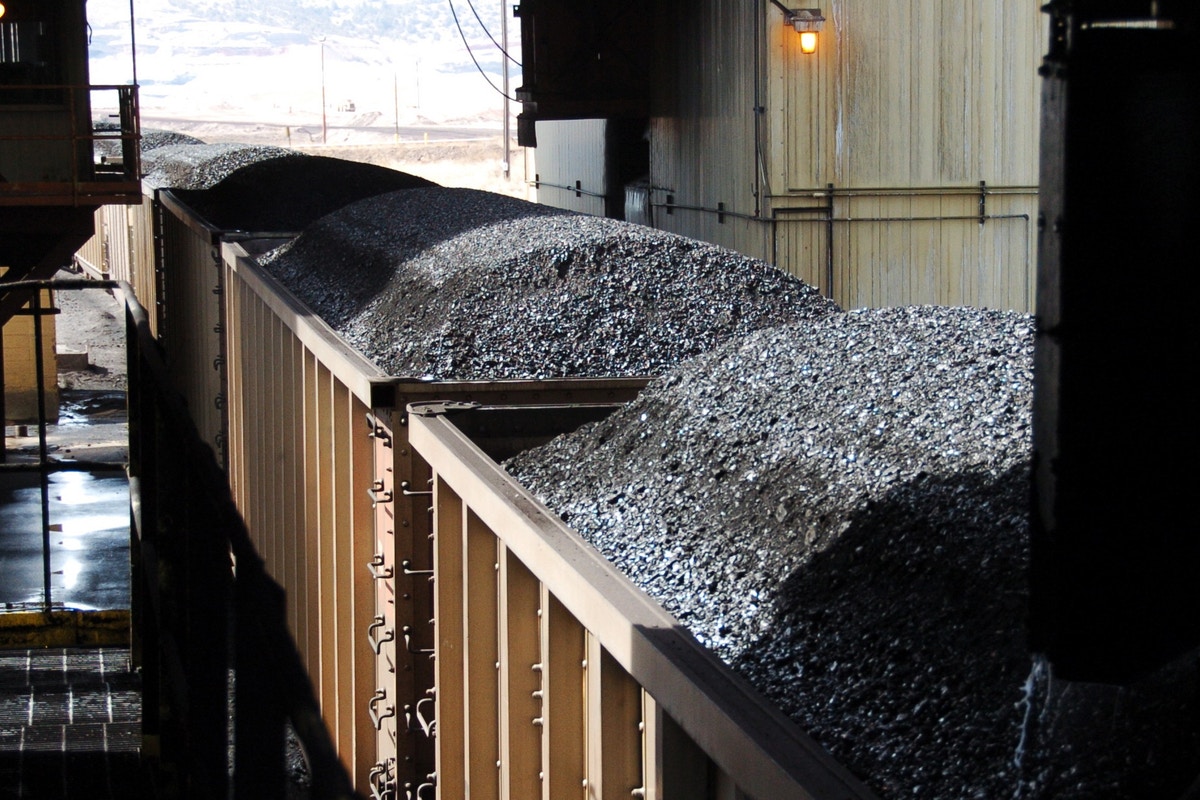 A Major Coal Company Went Bust. Its Bankruptcy Filing Shows That It Was...

Cloud Peak Energy gave contributions to leading think tanks that have attacked the link between the burning of fossil fuels and climate change.

I guess if you are an American you are in a poor position to get an impartial view on the subject, with Trump as president and oil companies expanding into shale oil reserves.

True, Americans are not very “impartial”, but fanatically polarized about climate change. To the better-informed, it may be too late without powerful game-changing tactics. Hence the desperate idea to first kill off Texas fossil fuel with the kPower poison-pill of kite-hybridization, like “calling an artillery strike on one’s own position”, a blow Doug will tend to strongly disagree with, with Tallak in-the-middle or effectively in Doug’s camp.

The moral calculus is complex. The EU school of AWE only intends completely new generation plants, rather than recycling old ones; not an economic option for all the developing countries who just installed new fossil plants, and now must pay them off. An elite neocolonial AWE is not the “right-stuff”. Better to try to pay the poor’s debts off with low complexity ship kites, while complex EU AWE slowly meets adequate reliability, performance, and cost, if ever. No EU AWE R&D is yet carbon neutral, and its practitioners have long enjoyed large carbon footprints.

Austin, Texas is ground-zero for this epic clash of values, where the impartial must fear to tread. We hate our coal and nuke plants foisted on us by industry boosters, even as we came to lead in American wind power adoption. kPower’s one small grant has been from Austin Energy, operator of the plant. Next week I present the kite option to organized coal opposition (Austin 350). The Texas grid can manage to never burn coal again at this plant; that’s kPower’s goal. Here’s standing opposition-

kPower is “partial” for the Fayetteville site to allow us to play with giant power kites, to try and turn the generators like coal before, but with upper wind. Everybody is invited to try; its an AWE “sword-in-the-stone”. What a lark!

Here’s a companion graphic to diesel-is dying thread, from the Old Forum a few years back, and now its time to move the idea downfield. 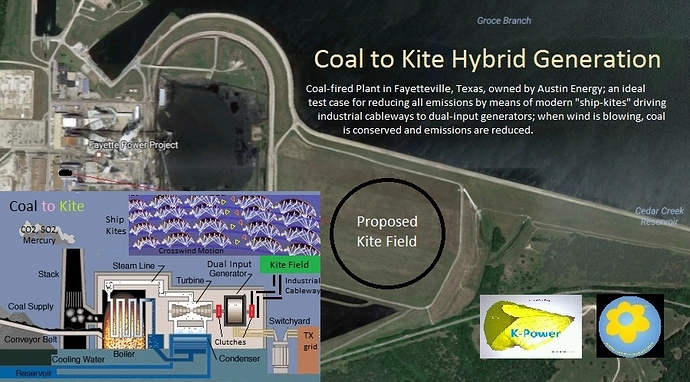 A curse on anyone who abuses kites to prolong the fossil fuel empire, like maybe Shell, for starters, the giant patron of EU AWE.

we were warned that kids in the Washington DC area would never see now in their lifetimes after 2015. But instead we’ve had record snowfalls there in the past few years.

Correcting Doug with DC snow records in inches from NOAA-

Whoever warned Doug was also wrong.

kPower’s one small grant has been from Austin Energy, operator of the plant. Next week I present the kite option

If you’d like to discuss this I suggest starting a new topic. This topic will close soon, and here it is off-topic. I’d have a few limited things to say about it in a new topic.

The context is Tallak’s invocation of American Climate Change Denialism, which really is a serious problem. That Austin, and its AWE venture kPower, is a notable exception, more in accord with EU climate change consensus, but from the “Belly of the Beast”, Texas, where Big Oil was born, is an inverse corollary; spot on-topic. As a separate topic, that context is broken. Nevertheless, for Doug to be the more on-topic contributor here, as judged by moderation, is hard to resist.

This topic was automatically closed after 2 days. New replies are no longer allowed.