Drone pros cite accidents as the major cause of their short drone lifespans. There are countless complex failure modes and very little crashworthiness. Otherwise, the lifespan of major drone components, like batteries and motors, is a few hundred hours, and two years pro drone lifespan overall is considered reasonable.

Drones will achieve long lifespans in a decade or two, but still won’t scale much until graphene and superconducting power electronics revolutionize performance. Graphene power kites will scale in parallel, and KIS will still matter.

I am wondering how many flight hours one can reasonably expect from a Mavic Pro. Those of you with previous DJI drones who fly a lot, do you have any rough estimate of hours? And how do they tend to "die"?

Energy drone designers are stuck with inherent “disadvantages” when they downselect drone “advantages”. Pros and cons of drones- 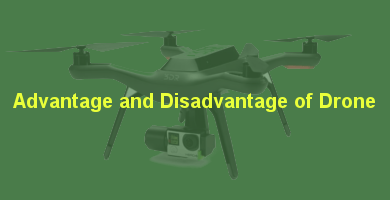 Advantages and Disadvantages of Drone Technology

Any system has advantage and disadvantage and Drones can not be exceptional. Drones are aircraft devices that are capable of flying and carrying materials above the ground. The formal name of the device is an

This pretense of high-level analysis in lieu of introducing or demonstrating economical energy solutions is reminiscent of Fort Felker’s “contribution” of comparative weight parameters for frying machines (Yes I did say “frying”) at the 2011 AWE meeting at Stanford. Somehow all that wisdom didn’t get Makani to any next step. REmember whe they hired “the smartest guy in the room” everyone thought they would then be successful as a result? That was a wake-up moment for me. It made me realize administrators are often people who are so good at generalizations that nobody realizes maybe they can hardly tie their own shoes yet they somehow find a way to become “the boss”. Same with “Astro” Teller - I was exposed to some of his overly-hyped BS on the internet and wondered what he had ever really got working - lots of enthusiasm but “where’s the beef”? Looks like none of the “moonshots” ever reached the moon. More beard-stroking genius. I say trim the beards and pick up a wrench and show us how you can make something work. I’m pretty sure drones could be made to last 10-20 years if that was a design goal. I think what you are still doing is trying to “make a case” for “power kites” in AWE. More beard-stroking. If so many supposedly-super-smart people keep claiming they “will” develop AWE systems that are more economical than those stupid tower-based wind turbines, and enough gullible investors believed them to contribute a billion dollars toward it, why is there still not a single home powered by airborne wind energy after 12 years? If someone wants to really show everyone how dang smart they are, in the AWE space, show us something that works well enough that it at least serves as a light at the end of the tunnel toward the original goal of lowering the cost of wind energy. Dave, the “high-level analysis” has about run its course after 12 years of empty promises and nearly zero power generation. Rather than feigning “expertise” through talking in such generalities, please demonstrate for the rest of the class exactly HOW you can generate significant power, reliably, using power kites. If your results include being more economical than those dreaded “windtowers” you’ve spent so many years denigrating, calling names, etc., that would meet the original claims made as you pretended people like Mike Barnard were somehow ignorant. If not, if you could just make some decent power, with economical power at least possible with further refinement, that would also be a great start. Otherwise, why keep “droning” on. Why should anyone take any of what you say seriously at this point? I mean 12 years? The “leading AWE researcher”? Isn’t it time you could fly something that works? Is there really any point in going on with this pretense of a “view from 30,000 feet” about making power from power kites, when you can’t show us a working version of what you mean after 12 years of talk?

Doug overlooks that “introducing or demonstrating economical (AWE) energy solutions” is a separate Topic. Let him form that topic if he wants on-topic discussion, including his own progress.

Otherwise, the lifespan of major drone components, like batteries and motors, is a few hundred hours

According to some messages on DJI Mavic Drone Forum, the lifetime of motors is far higher.
“From what I’ve read about small brushless motors, they tend last a lot longer than 150 hours on average. More like thousands of hours and more if they are not abused.”
“This data is from people who have worked with drones of all brands for many many years.
150 hours of flight is about 450 battery cycles (at 20 minutes per battery).
As I said, could last much much longer, but professionals change their motors at that time in order to avoid failures on their crafts.”

I’ve had a small, partly-airborne, multirotor SuperTurbine™ operating here pretty-much continuously, and autonomously, for 9 years and counting. I’ve worn out and replaced one set of blades, and have recently noticed significant erosion on the leading edges of the newer blades, suggesting a second blade replacement might be a good idea, within a couple of years. The generator, however, has hung in there with no issues for the full 9 year operational stretch. No burnouts, no new bearings. I’ve been pleasantly surprised at the longevity, which is unusual in wind energy. Most new turbine models, let alone new types of turbine, don’t survive the first good storm, let alone run for almost a decade with no real issues. Well, you gotta get lucky once in a while.

PS funny but if I see the word “heuristic” or sentences starting with phrases like “Doug overlooks”, I already know who is posting without having to check.
Might want to check with Joe on this, since he is an expert on hang gliders, but what I keep hearing regarding hang glider longevity is a sail is getting old and may be in need of replacement at 500 hours. Then again I know people who buy and fly used gliders with worn-out sails, applying lots of tape and repairs. Someone gave me one after it was really just getting too worn to fly - a WW T2 glider, considered high performance. “All it needs is a new sail”. Well, add it to the collection, since I have room indoors for them. At least it’s good for parts. Usually though, since a sail costs almost as much as a new glider (thousands of dollars), people just get a new glider, or so I am told.

1 Like
SuperTurbine (tm) and Serpentine, and other torque transfer systems