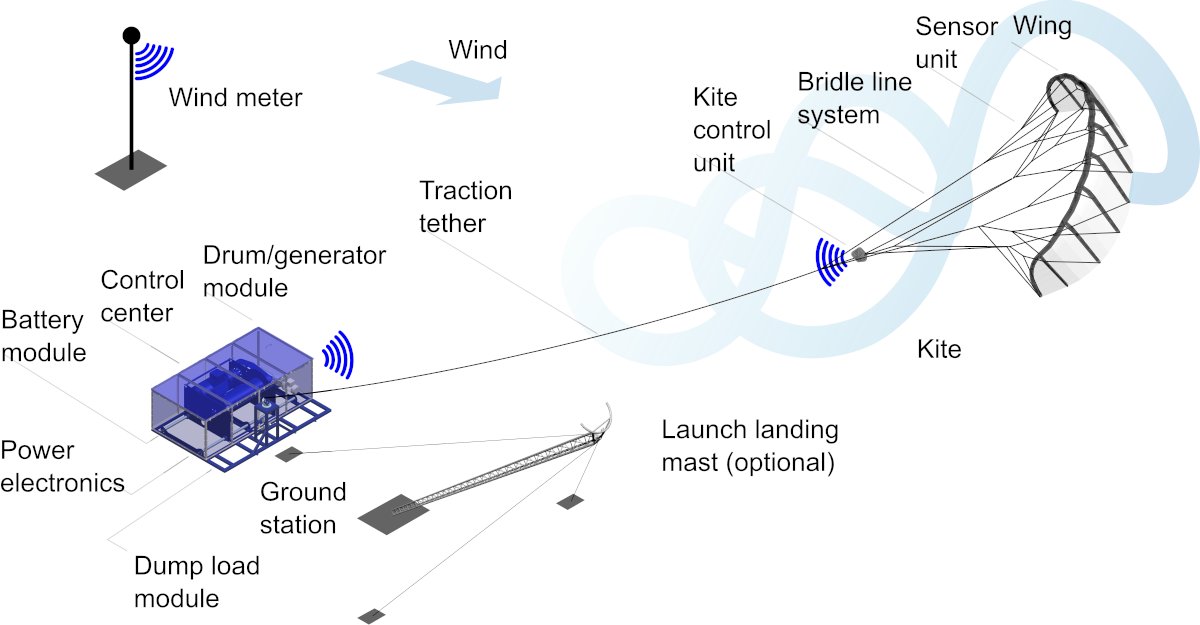 Want to know how to improve the reliability and safety of #airborne #wind #energy systems? Our article has just been published in #Open #Access in Wind Energy - Wiley Online Library https://t.co/RRniI3FKii. Funded by @EU_H2020 @MSCActions

This paper is a nice contribution to hardware fault analysis, but there is a lot more to AWES safety to consider from a broader system architectures perspective and Aviation Safety Culture. This sort preliminary safety analysis would be most valuable across all major AWES architectures before commercial down-selecting, for example to compare safety of soft v. rigid mass-velocity by equivalent power, or safety of multiline architectures, with reduced runaway risk and no comm-link dependence.

Calculating AWES risk is still a very early process. Pulling and summing probabilities from numeric guesswork rather than data is problematic. There is no statistical fudge factor to account for countless unknown failure modes. Even so, the reliability predictions fall way short of adequate, projecting the trend curves out a few months. Case-based reasoning would have centered on the KitePower mishap, which does not figure in this analysis.

Also not mentioned is the FAA’s primary Sense-and-Avoid AWES operational requirement, to react to aircraft that may stray into kitefarm airspace. This is specified as the job of a qualified Pilot-in-Command (PIC) or Visual-Observer (VO). The most general risk to an AWES is weather conditions, which currently demands PIC judgement. Even an ordinary gust event can saturate weak control-pod actuation and cause a crash. AWES mass and velocity are major safety dimensions under FARs, not considered in this paper. TACO remains the best AWE reference for most such issues-

The figure 4 (also on Power to space use ratio) from the paper: 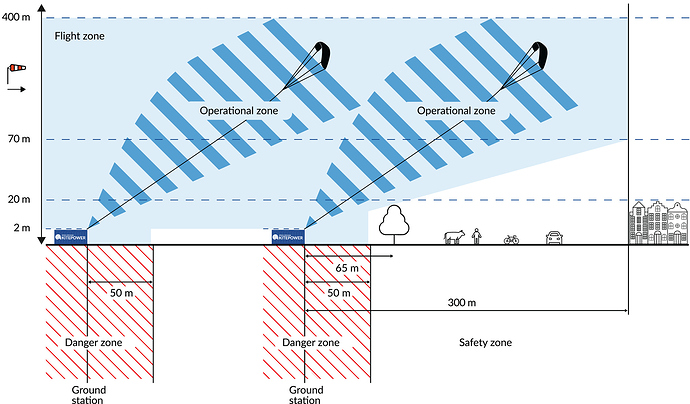 Even the most expert human power-kite pilot still occasionally “thumps” their wing, at full line extension. Automated kite control is far less reliable. The true Danger Zone here is 1km across, not 100m, plus the kite runaway potential of single-line dependence.

A power-kite that comes down in calm or by winch/control failure is like a loaded weapon that can fire back up suddenly. In classic kiting, never forget Edeiken, a top flier almost forty years ago, tragically carried up in the bridle of Osborne’s parafoil at full line extension.

As shown in the diagram, KitePower’s 80m2 wing easily poses similar risk. Fencing off the entire kite field might be a safety necessary, with only intermittently coordinated agricultural operations allowed. Winch towing up into usable wind also uses a lot of field. 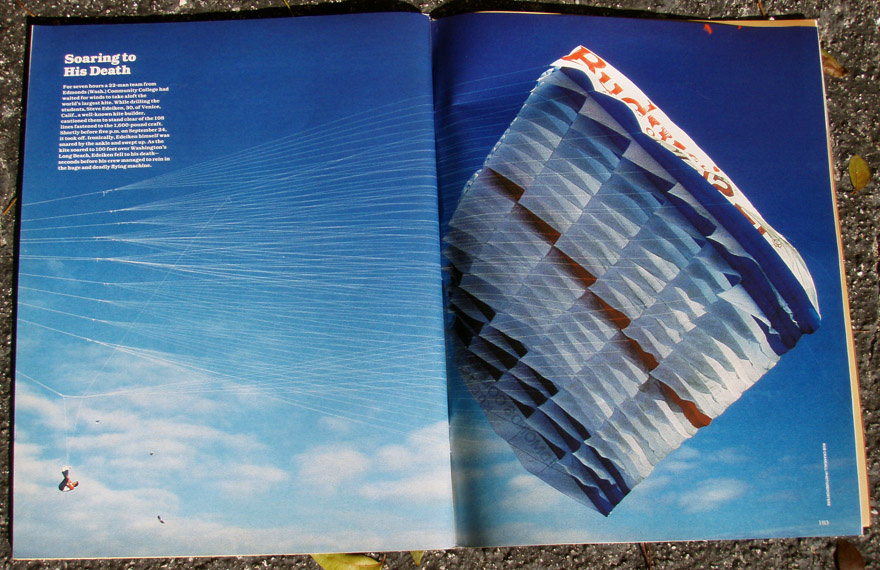