Kite network lattices have previously been described as potentially being a metamaterial.
I think under this definition… 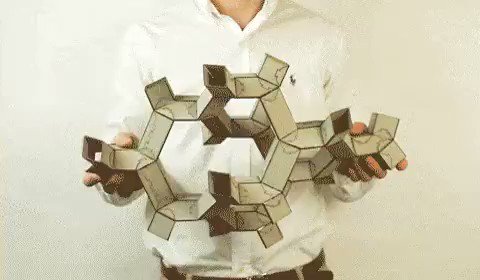 Metamaterials — materials whose function is determined by structure, not composition — have been designed to bend light and sound, transform from soft to stiff, and even dampen seismic waves from earthquakes. This is what Harvard did to design them https://t.co/QDjFqWEMUK https://t.co/Qkix4hvh3w

Massimo does not invoke kites in his tweet about Metamaterials.

Any periodic kite rig is an engineered metamaterial under these criteria-

This general kite-domain definition encompasses both trivial cases and exceptions. For example, woven sailcloth is a metamaterial, but membrane sail material is not, simply due to ontological approximation. The distinction of what is ordered (crystalline) and disordered (amorphous) material is often blurry, and the Old Forum has long taken on clarifications.

Fun Fact- Metamaterial Theory and 3D Printing originated in Austin, along with kPower. The world has not changed much, yet…

No of course Massimo (Rainmaker1973) doesn’t invoke kites… He invokes a dictionary.

The invoking of the idea… kite arrays are all metamaterials… came from 1 poster on the yahoo awes forum.

Ok fair enough a composite is allowed in this definition… But there is nothing so fancy pants about a rope lattice in tension which can’t be seen in spider webs, jelly fish and trees… Natural stuff.

So in this definition… None of it is a metamaterial.
Don’t let semantics
https://www.google.com/search?q=semantics
bother you…

Network Kites are super cool without being metamaterial

KiteMatter, as a metamaterial domain, intends to power civilization, a property not hoped for of “spider webs, jelly fish and trees”. Our “rag and string” kite physics is as wildly exotic as anything else in the universe. Don’t let superficial familiarity introduce bias. The greatest physicists all saw the extraordinary in the ordinary. At least we have identified metamaterial auxetic and negative-refraction effects for KiteMatter, on the Old Forum, no matter who was bored.

We are the authorities to work this all out, since no one else is. We can even identify metamaterial properties in standard brush-topology kite farms. Now that biomimetics has informed metamaterial science, its a much richer engineering paradigm.

KiteMatter is the metamaterial interpretation of kites and parts either by units or ordered networks. In the loosest case, all kites in the world constitute a metamaterial; more factual than worrying no metamaterial is possible.

Ok. We differ on opinion of what science is too.
I think we should split (or delete) the last few posts where the now seemingly contentious topic of metamaterial is introduced

Its Ok for our definitions to differ, and for AWE to advance metamaterial engineering science scope and understanding. Its definitely been a core paradigm to kite network design in the last five years. Science advances by differing rather than deleting.

The “Massimo” “definition” was a bit confusing, not just because it was some other Massimo than our Ippolito, but because the definition of metamaterial is in healthy flux. Its now fully accepted to identify and study natural metamaterials, even though the initial definition of engineered metamaterials excluded them.

What was also helpful about the Harvard link is that team cites meter-scale in their macro understanding, which is moving toward our kite metamaterial kilometer-scale cells. The transforms of their paper models was cool too, but we are not ready to set up a comparable computational search of kite network space.

I am prepared to eat my words.

A "hill’ made of kites is super-exotic. Be sure to follow the kite forces back upwind via the tethers to their anchors, not just the downwash. That’s highly negative refraction, with phonon particle creation. A Feynman Diagram applies.

Effectively wind and earth are our natural “particle accelerator”, just like cosmic rays serve science, and when we pop up our kites, its as exotic as CERN or maybe more so, because we are discovering a whole new branch of exotic advanced physics and engineering.

So what if there is only a handful of kite network theorists to start with. Enjoy the pristine intellectual paradise before the crowd shows up.

This has departed from topic and turned into a pop science fantasy.
The scientific method is an empirical method of acquiring knowledge that has characterized the development of science since at least the 17th century. It involves careful observation, applying rigorous skepticism about what is observed, given that cognitive assumptionscan distort how one interprets the observation. It involves formulating hypotheses, via induction, based on such observations; experimental and measurement-based testing of deductionsdrawn from the hypotheses; and refinement (or elimination) of the hypotheses based on the experimental findings. These are principles of the scientific method, as distinguished from a definitive series of steps applicable to all scientific enterprises.[1][2][3]z

You did not attribute the Scientific Method quote to WP. Here is the root article- 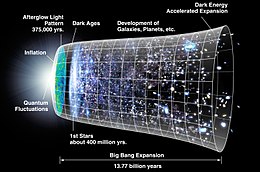 Science (from the Latin word scientia, meaning "knowledge") is a systematic enterprise that builds and organizes knowledge in the form of testable explanations and predictions about the universe. The earliest roots of science can be traced to Ancient Egypt and Mesopotamia in around 3500 to 3000 BCE. Their contributions to mathematics, astronomy, and medicine entered and shaped Greek natural philosophy of classical antiquity, whereby formal attempts were made to provide explanations of events...

I am “build(ing) and organiz(ing) (kite) knowledge in the form of testable explanations and predictions about the universe”.

For example, a drogue is auxetic as it widens when pulled by wind. You can test that. Further, a meta-drogue (fractal drogue made of drogues) is an auxetic metamaterial under the cellular criterion.

The PopSci side of AWE is more like the Popular Science treatment of AWE (see old ST cover story). Thank goodness nobody censored it as such. Kite Networks has never been “pop” treatment of kite science, with its observational analysis of negative refractive index and auxetics, and topological theory.

Time for a poll

This has departed from topic and turned into a pop science fantasy.

Rod, you have by soon an important event with AWEC 2019. You don’t have time to waste on nonsense like that about MetaMaterial-Phonon-Quantum-Universe-MetaKite.

Which definition of Metamaterials are you referencing?

We should poll metamaterial scientists. Someone needs to formulate the not-a-metamaterial case. I would have already voted YES: Kite Networks are the most promising engineered metamaterial class yet conceived.

Note that Daisy Network is a Spin Field. It matters how the chiral (handed) units are arranged.

Yes Pierre, Rod only has three months before AWEC2019, and AWE conferences are no longer the place for visionary ideas to be welcomed. Maybe after the conference he can think about how kite networks cannot be metamaterials.

Regarding the Daisy Network as a Spin Field is no longer in its intended topic.

Email to me any notes you suggest for the new folder. Thanks.
Mining the literature has just started. 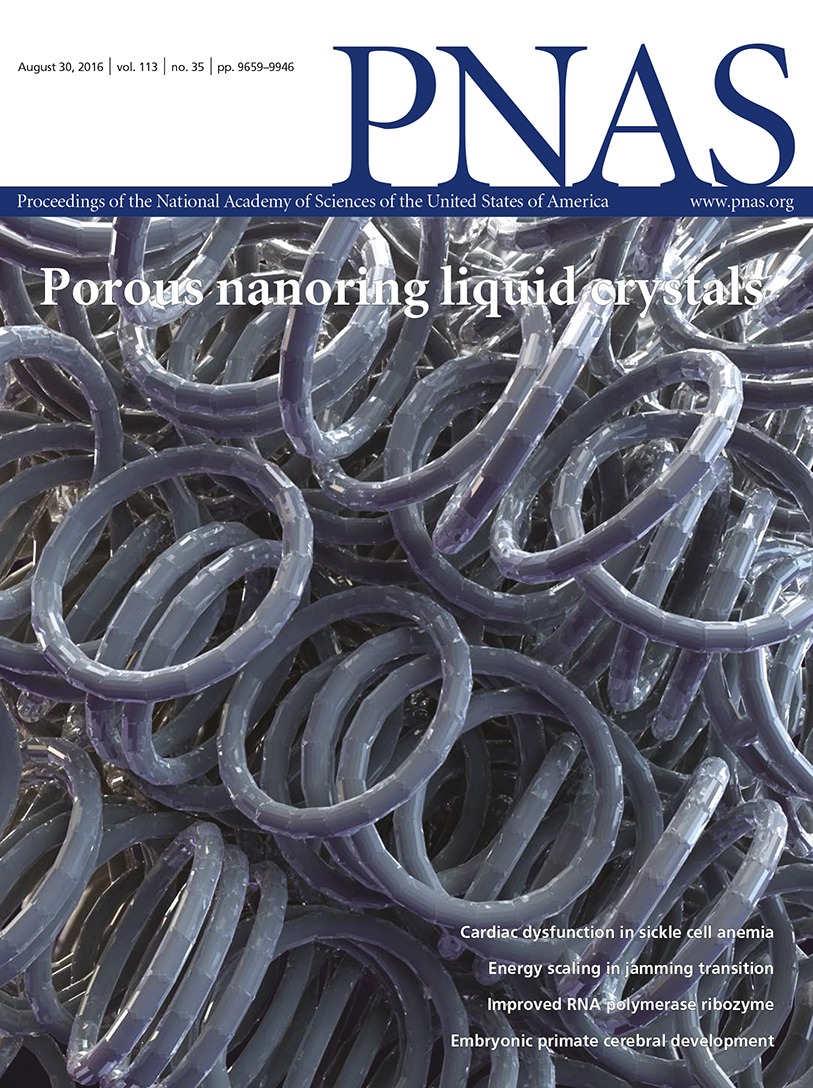 Advances in nonlinear mechanics have enabled the realization of a variety of nontraditional functions in mechanical systems. Intrinsic dissipation typically limits the utility of these effects, with soft polymeric materials in particular being...

Some of the best presented architecture works on kite lattice networks and inflatable structures.


I’m sure there is a better thread for this post.
Some of this architecture was highlighted before
kitefreak December 20, 2019, 7:29pm #18

Regarding the idea that kites cannot be made of Dyneema, there is Cuben Fiber, which KiteShip experimented with- 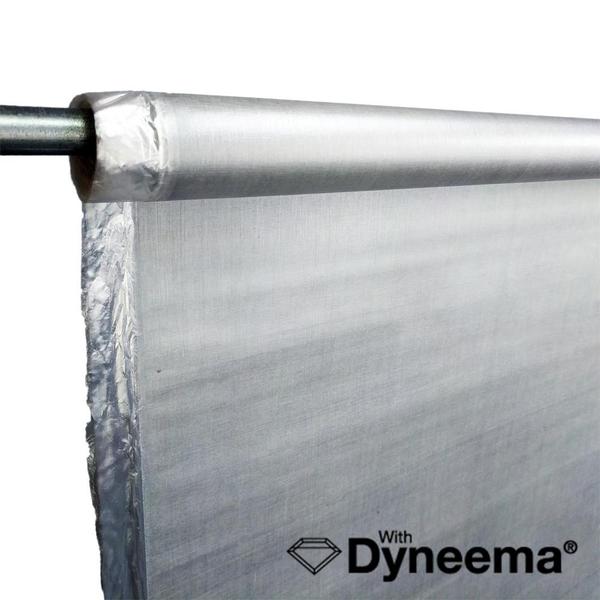 In general, any fiber that can be spun or braided into kite line can be woven or laminated into kite cloth.

The core definition of Metamaterial is not single-material construction in itself, but structured material with properties like auxetic and negative refractive indices, even with composited variety of material.