Anyone find a good cheap kite winch? The pilot kites im using these days (PL single skin 3 m and 6 m) are scary to handle by hand. Preferably I would be able to run it of a 12V battery, and portable

I don’t know any. But I’m curious: You want the winch just for steering? Two liners, I assume?

Just for pilot kites. One line per kite. I use pilots for testing stuff (outside Kitemill activities) so that i am sure not to hit the ground

Well use oneline kites in Kitemill as well. With an open area it is quite easy to walk them down, where I live there are not a lot of open areas

In the open source platform by Zillmann et.al. they use an offshore fishing reel. Those don’t twist the line. Some come with shiftable gears. Usually made for lower pull than expected from a kite. Maybe that with an anchor is an option. Can get quite expensive. 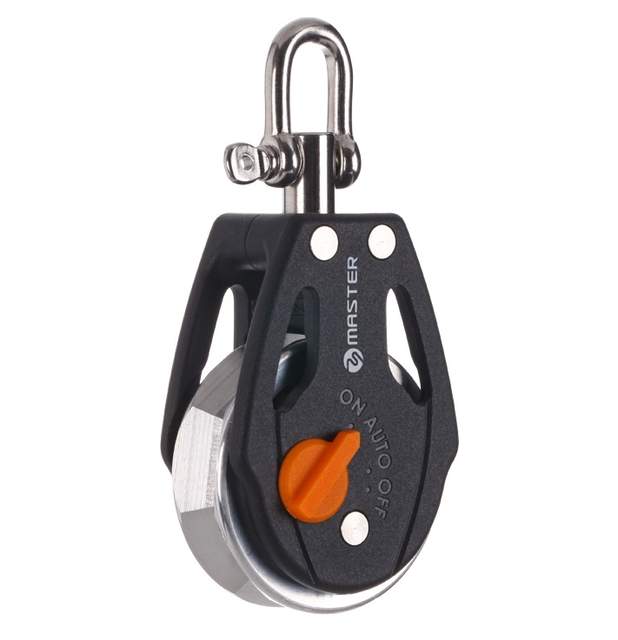 I am thinking an ebay car winch repurposed for kite tether might do the trick. Helikite is also offering a COTS winch, but it seems rather heavy at 60 kg

Rigging a kite-killer can eliminate winch dependence. It may even be a technologically superior solution for the world’s remote populations.

For the kites listed, a cordless wrench with a narrow core take-up spool can reel in a lot of kite.

One can also kill a kite and reel in at high speed and low drag back to base.

Could you explain exactly what the kite killer looks like? The pilot is a single line kite with 100+ meter tether. I’d rather not have double lines, but I will consider it if you mean it will do the trick. Searching for kite killer gave med hits for a «leash» as used in kitesurfing.

Kite killers can be rigged in endless variations, but the general principle is to release tension on all lines except one, for retention, like the fifth-line on some power kites (which also serves for “backwards” relaunch).

Choose a line release mechanism that works under tension (many options). I’ve tried many variations, including single-line mechanisms where a sharp jerk releases one side of a Y-bridle.

Whoops, the backward launch option is for two-line kites with a third line to the TE, or a three-line kite with a rear line. A fifth-line system attaches to the LE.

I see. For kitesurfing/foil kites I am aware. I considered the jerk release it seems a bit unstable if the kite is hit by a gust. Done right, though it is probably a very good option. I am looking at an option right now utilizing a wichard snap shackle and a rc servo to release by radio control. I’ll share when we see how that goes. Thanks

KPower uses similar shackles designed to release under load. They work ok, excepting if they drop on someone’s head.

The link you posted does not work. I would be curious to read it though.

The wichard 2673 is intended (I believe) for releasing spinnakers when overpowered. I have used these to release the kite for kitesurfing «back in the days» when the off the shelf stuff did not work well. Very little force is required to trigger it though. As I’m planning to use a RC servo to trigger it, I hope it will have sufficient force to trigger it.

On the positive side the 2673 is quite strong and compact. I would have liked to see an even smaller unit.

The kitesurfing releases, eg the Duotone Ironheart, are quite large and heavy in comparison, and as designed in order to have a bit of release force so that they dont release by accident. I think its just a different design regime.

I have just tested a new bridle setup for my Kaixuan SS pilot 3 sqm. When releasing to depower the kite still flies well and has ~50% remaining pull. This was my plan. If things go really bad, I fly with a pretty weak tether, and theres always the possibility of cutting the line at ground level.

So with the depower release and the swivel ratchet block, I hope I will be ok for small scale (<40 kg pull). A winch is necessary for going larger scale though. 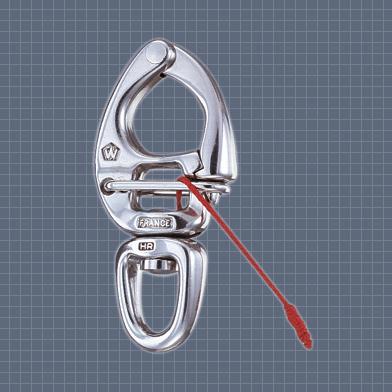 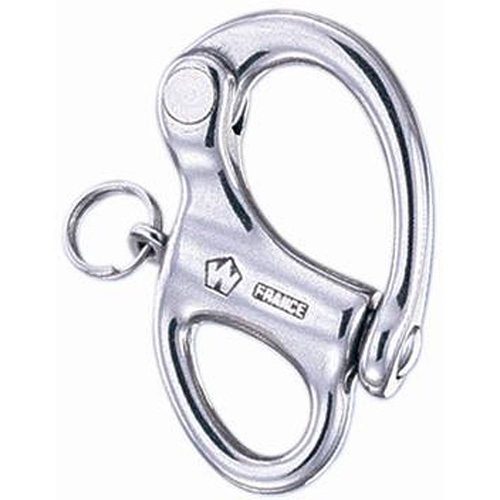 An RC servo can be converted into a screw-jack to pull a pin at max force. Screw-jacks are very common in airplane actuation.

An even simpler mechanism is to cut or melt a line.