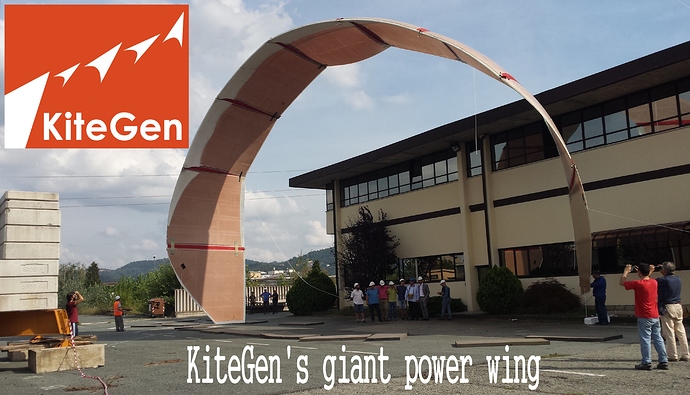 “The result, as can be seen from the picture below has the dimensions of the wing of a large airliner but is lightweight and semi-rigid. The wing is formed by 9 ashlars hinged together by flexible joints, thanks to which it can easily change configuration in order to vary the wing lift factor.”
http://www.kitegen.com/en/2014/09/12/kitegen-power-wing/

A scientific publication is on 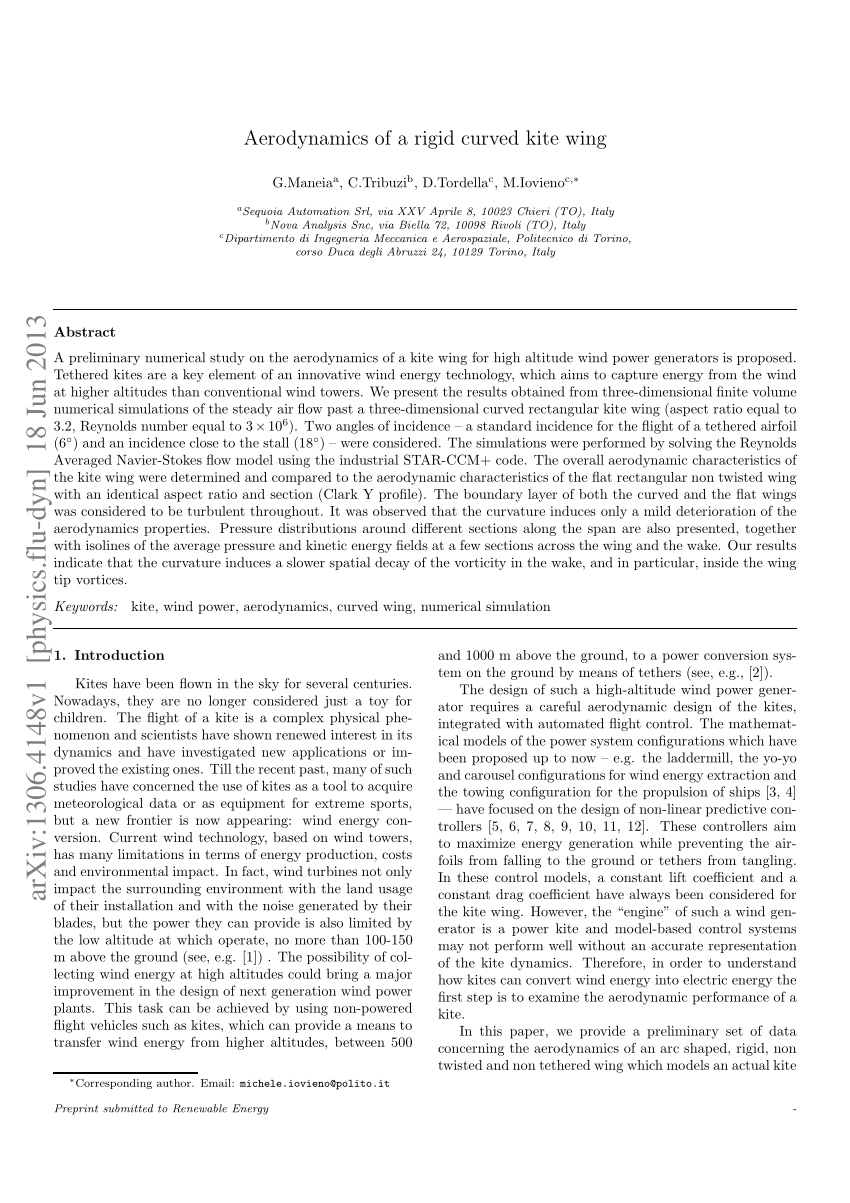 PDF | A preliminary numerical study on the aerodynamics of a kite wing for high altitude wind power generators is proposed. Tethered kites are a key element of an innovative wind energy technology, which aims to capture energy from the wind at higher...

“We observed a slight deterioration of the over-all aerodynamic performances of the curved wing (non-tethered kite) with respect to the flat configuration.”

See also the comments on 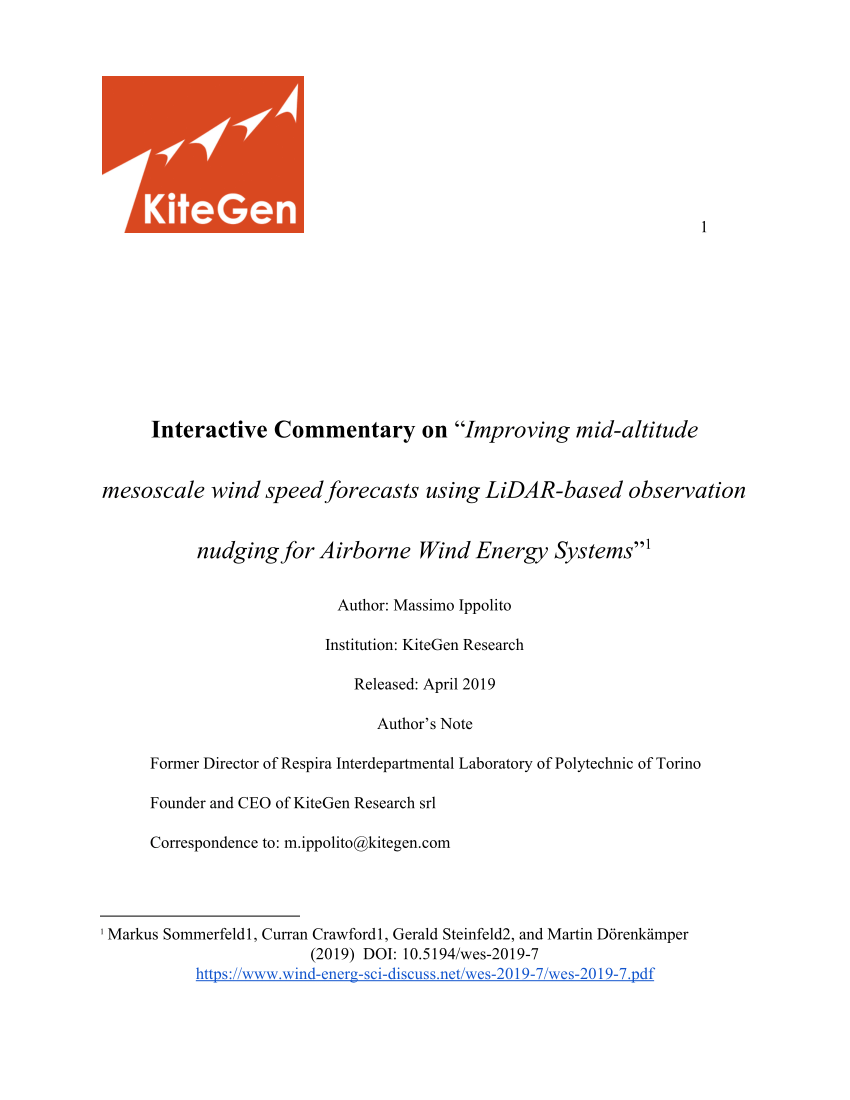 PDF | We have observed a large number of scientific and patent publications focused on high-altitude wind exploitation, reflecting a truly exponential trend. KiteGen, as the first global entity to produce energy using this revolutionary method, finds...

Please what are your observations? Thanks.

This was six years ago. I guess it dis not fly.

From kitesurfing we know that anything more than 20 sq meter size flies very slowly, and is increasingly difficult to keep airborne in low winds.

A C kite has its origin of roll rotation far below the CG, and thus is quite opposite to a rigid wing’s origin of roll directly beneath (or ideally at) CG (center of gravity). Being anhedral, when it turns, there will be lifting forces generated on the outer side of the wing causing roll away from the centerline (the line around which you are looping). This causes drag and also an undesired force in centrifugal direction. So the wing is bound to sidelip through the air causing excess forces on the inner tip.

Its not a showstopper, but not a good starting point for AWE imho.

Anyways, it might still be a viable option for AWE. The C kite is super lightweight and easily built, so a design accounting for above effects could well work. With the low weight, perhaps sentrifugal forces are not so important?

Just for the record: I’m not just being negative about anhedral with no other option, you can have a dihedral wing if you have a supporting bridle, or some other way…

From kitesurfing we know that anything more than 20 sq meter size flies very slowly, and is increasingly difficult to keep airborne in low winds.

However Skysails 150 m² kite seems to fly as fast as a small kite. Is there something different?

Fly fast or turn fast? Is there a video link somewhere? Aerodynamic Lift – something for nothing?

Readers may have noticed that I have been largely absent from these pages for a few weeks. That is because I’ve been doing a consulting job for KiteGen assisting with a presentation to be mad…

Not bad turning for such a large kite I admit

Some informations about Skysails system are on http://www.awesco.eu/images/partner08_Skysails/Fritz2013.pdf

The cause can be the too short lines in regard to the kite size, but I can be wrong.