It is a comparative study. There are significant similarities of which the ground rotor diameter compared to the altitude of the kites (KG carousel) or the flying rotor (Rotating Reel). Values are respectively indicated on the page 14 (KG) and on the page 33 (RR) figure 22.18 on the layer in dark blue when the two rotors are close each other: 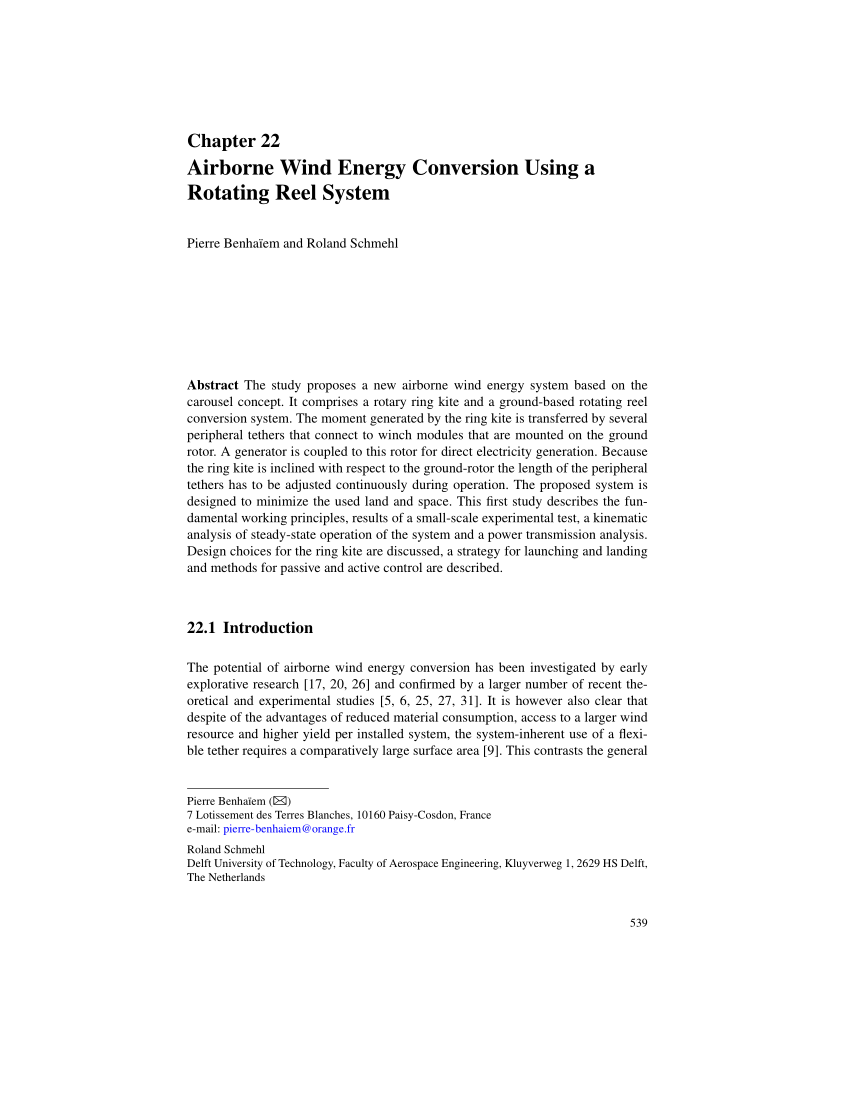 PDF | The study proposes a new airborne wind energy system based on the carousel concept. It comprises a rotary ring kite and a ground-based rotating reel conversion system. The moment generated by the ring kite is transferred by several peripheral...

Resulting the common barrier is the large diameter of the ground rotor. But the advantages could overcome this.

Let us try to see the differences between the two carousels.

The Carousel concept in principle includes the rotating reeling mode if its kites are on reels, and those reeling motors work also as generators (motor-gens). Under conservation-of-energy principle, it does not matter critically where available energy is tapped, but under utility-scale generation economy-of-scale, a single generator tends to prevail.

Massimo (and NTS) ended up with a circular-track carousel concept, that also would in principle have a rotating-reel mode if there are reels on the cars. Again, its energetically comparable to tap either wheels or reels.

The overarching question is whether the upwind-downwind phases of an AWES circle track are necessary deviations from crosswind motion, for lack of any better architecture. If there are better architectures, this analytic contest between two similar not-so-good designs is moot.

A carousel prototype should be tested in both modes, and against all comers.

I think giant VAWT carousels (see below) can also be a basis for AWE carousels and their building is identical, the rigid sails being replaced with kites. So building a carousel for VAWT could be the same as for kites. That can be a fruitful start for mega-realization plan.