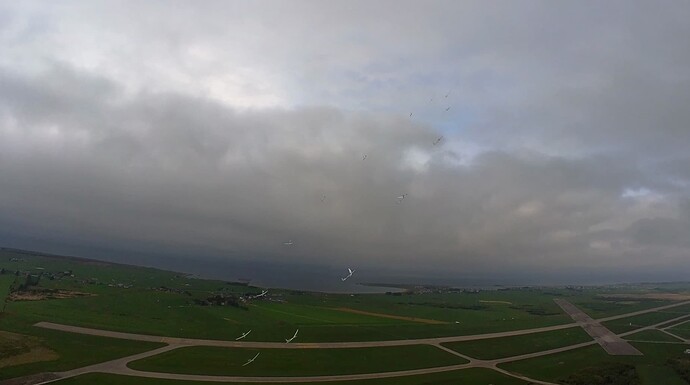 I was jealous when I saw the clouds.
Then we started getting some clouds here!
OMG I can go outside without getting baked by IR and UV!
One reason people move to Southern California is the weather.
Lots of sunny days. Warm weather. Great for filming, hence Hollywood.
At 3600 feet at the edge of the driest desert in North America,
the sunny disposition gets a bit extreme.
On the one hand, some people find themselves iexplicably depressed - then the realize - Oh - it.s a cloudy day. We’re addicted to sunshine and anything less can be a letdown.
Who dimmed the lights - I can’t see!
But as summer approaches, any way to get shade is much appreciated.
Whether it is solar panels over a parking lot, a tree, the shady side of a building - anything!
Sometimes it reminds me of an old black-and-white movie I saw as a kid, on a planet where the sun was so bright you couldn’t walk in it - you HAD to stay in shadows.
One time out in Boron, 20 degrees hotter than here, (120 F) my girlfriend passed out and we had to douse her with a garden hose to wake her up!
Luckily, we’re closer to the mountains and at a higher elevation, but still - geez I just want to live by a lake! And have a canoe.

This footage is a bit difficult to aquire as we need two certified pilota on site at the same time as general flying conditions are favorable. But this week the stars were aligned by coincident…

I could, but as you can imagine I’m on a fairly tight leash doing mostly useful and important stuff

Though I was able to make «Melvin» at one point, a camera robot, but it could not fly…

Spent some time trying to think what kitemill looked like. As it happens I had a toy as a kid that might provide a parallel. We all love the big boys toys. Especially if it remind us things we used to love as kids. 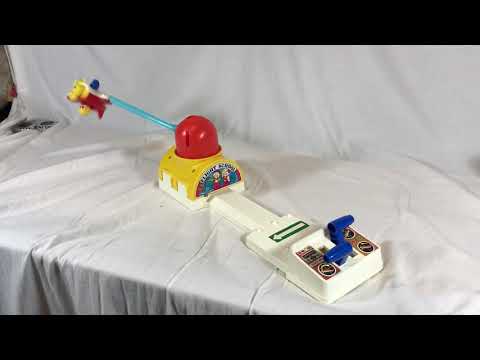 Tomy flight school simulator. Obviously would need a fair degree of up scaling to be good for kitemill. Especially if it has a swarm mode? With more than one lifting body. You have the possibilities of a ground station with a large diameter generator. the same generator systems used in hydroelectric can be employed. The fact that it could be multi axis? adds to the possibilities for kite mill. Loop to loop mode. High strength tensile cables instead of a boom. With 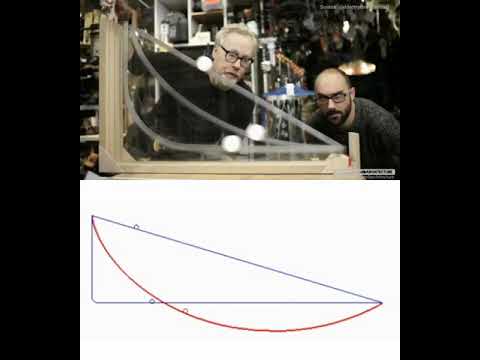 Curves in the flight path enables greater power output. Due to the nature of cycloid curves be that isochronous curves or barcistonechrone curves. The most energy exists at its greatest potential moment. Between point A and B. The tomy flight school simulator is a representative demonstration of this. If it can work via batteries? it likely to work in reverse as a generator. I know I don’t know all the math behind this. But I suspect there is greater performance to be had. In other words provided you can find a balance between lift and gravitational pull. The sky is literally the limit for kitemill. A good use of kinetic and gravitational potential energy for a cleaner sustainable future. It is not perpetual. but it damn near close as one going to get. Provided that you have an object in constant free fall. There is no end to the amount of energy it can produce. I can’t say how efficient it would be in terms of percentage? Though I reckon you might be looking a 40% or above. That would be based on the structure in any of the generator components. From the coils to the magnets.
Ive read a lot on this forum about the reel in phase from various flight patterns. Even wonder if was even possible to do this? considering the multiple mentions to energy threshold needed to reel in. I saw the footage and it reminded me of a small detail. Thought it might be worth a mention. as there’s no harm in asking or conveying an idea. less of a line that has to gather in. the less energy required to reel it back in. As nutty and as crackpot as that may be? It just show a world of possibilities are out there. I hope it helped open eyes to possibilities, for kitemill and other likewise projects.