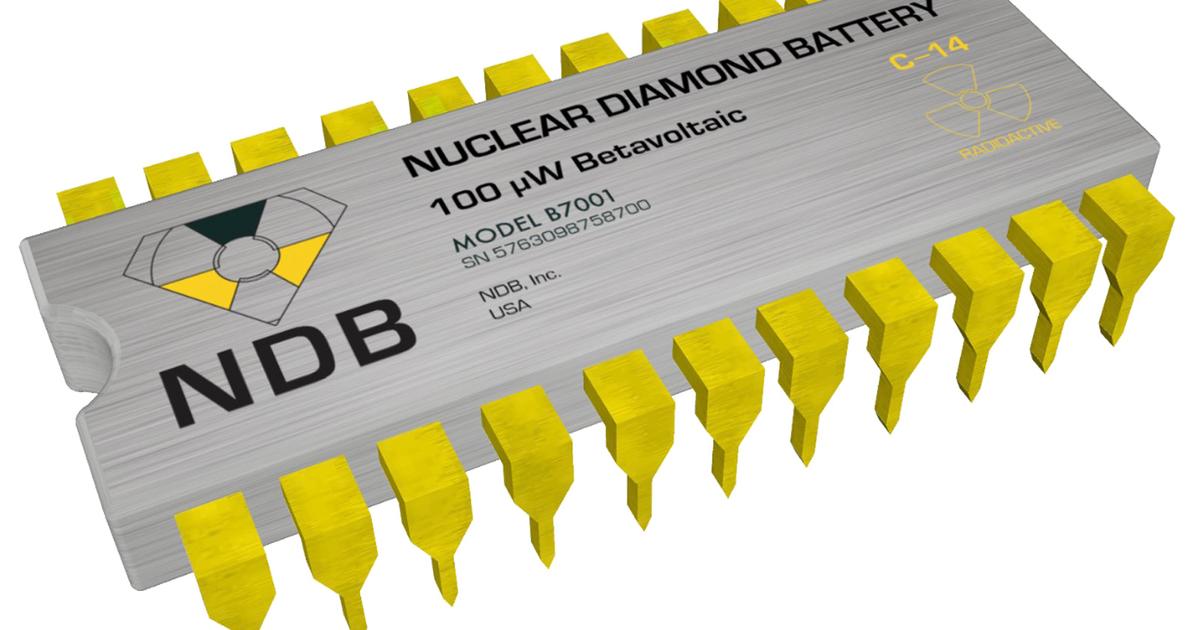 California company NDB says its nano-diamond batteries will absolutely upend the energy equation, acting like tiny nuclear generators. They will blow any energy density comparison out of the water, lasting anywhere from a decade to 28,000 years...

Mr. Fusion? Oh wait - fission…
If this is all true, it could be a challenge to all other forms of energy production
Nano-diamond batteries
Never need to be charged
Go for many, many years
But, well, they are made from almost pure diamond - cheap?
The press-release-science info says they can last longer in less-demanding applications - how? If they are based on nuclear decay of C14, how does that rate of decay change depending on demand? Could these gizmos actually produce more energy than it takes to make them? Could they wear out earlier than predicted due to unforeseen factors? Like so many science-press-release-breakthroughs, it seems that only one side of the story is presented.
What do you think?

I’m loving the scary spooky simpleton explainer video.
No word of price anywhere.
Nor did I see a physical device.
Seems odd always producing…? Circuitry would have to manage when the capacitor was overloaded and still being fed.
Can you imagine the complaints from conspiracies and hysteria … OOOh I can feel anti neutrinos burying into my spleen