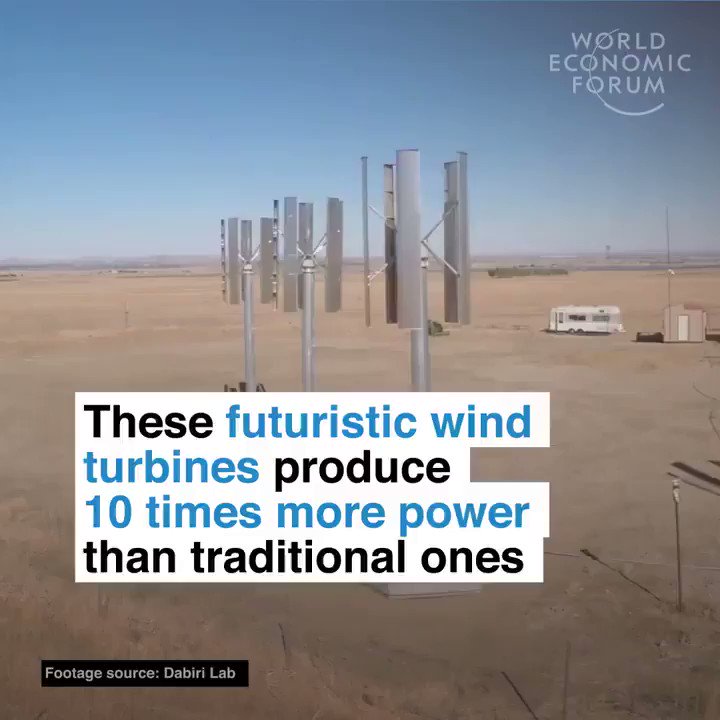 This statement is derived from Dabiri’s previous work about some arrangement of VAWT within a wind farm. Now he intends to study the potential of a whole wind farm, using current HAWT.

Its not a hoax when naïve folks get it wrong. Lets help them sort of get it right so there is only one “idiot” left complaining.

In this case we merely have to define a wind turbine area where the proposition is true. Draw a boundary on a map that includes 10x VAWT power to 1x HAWT power. In theory, there are infinite such bounded areas that could be drawn to meet the criteria.

Common technical ignorance is not helpful to AWE analysis. Prof. Dabiri should be judged by his own carefully formed claims in their academic context.

We’ve heard people advocating high-solidity vertical-axis turbines forever.
It’s well-understood that typical vertical-axis turbines do not perform as well as regular propeller-style turbines per unit swept area, use more material to sweep the same area, require more gearing or a larger generator due to slower rotation, and are more failure-prone. Not to thrown out the possibility of a future design that is better, but in any wind energy discussion, to simply toss in a statement of some typical V- machines suddenly being “ten times as good” shows the person saying it doesn’t know anything about the subject and can be ignored. Call them whatever you want. Wind energy people would quite likely use quite sarcastic terms for people making such totally wrong blanket statements. Yes naive folks making completely wrong statements about wind energy is a syndrome. We have one strong example in this very conversation. Like endless completely wrong robo-calls to your phone, they get annoying.