Hi. I split the tether drag portion of TRPTSim into its own repository, and at the same made many improvements to it. Written in Julia and released under MIT license.

The code should provide accurate tether drag estimates for tethers that are also bending due to centrifugal forces as well as the more common aerodynamic force bending.

It calculates the exact path of the tether so that it can do more sophisticated analysis of losses and transferred moments [\Lambda values] without resorting to a segmented simulation. As such it runs pretty fast, fast enough to not get into the way most of the time.

The way I would likely use this is to find a better drag coefficient number than “1/4 of drag if all tether was moving with the kite”. The “1/4” number is fine for yoyo or flygen if the tether tension is high enough to prevent a huge belly. For TRPT rigs though the situation is a bit more complicated as the tether drag depends a lot on the amount of twist of the shaft.

In general TRPT shafts seem to have more drag compared to convensional designs when shaft twist is zero (Use “1/3” instead of “1/4”). This is natural as both ends of the shaft are moving. But, when the shaft is twisted, the amount of tether drag is very similar at 90 degrees twist. Then, from 90 to 180 degrees, the TRPT design has less drag, though this region is very difficult to operate in.

Even so, this may be a useable way to achieve lower cut-in flying wind speeds for TRPT plants, and so is a quite interesting observation.

Anyways, this library in Julia should be able to give any specific answers. It also states things such as energy loss in shaft (probably ~50% in some cases), the effect of bending tethers on effective moment transfer [\Lambda] etc.

Though of course still being simple to use AND free! Enjoy 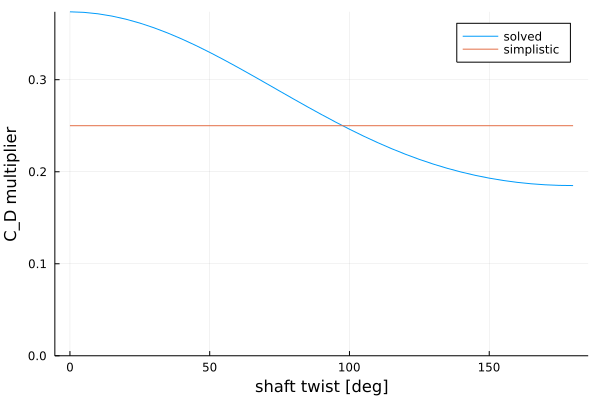 C_D multiplier dependent on twist angle of the shaft 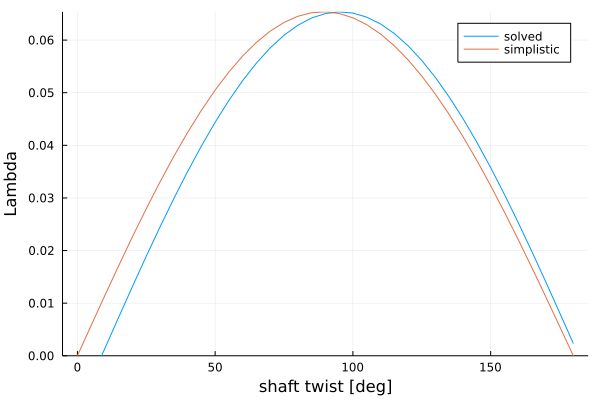 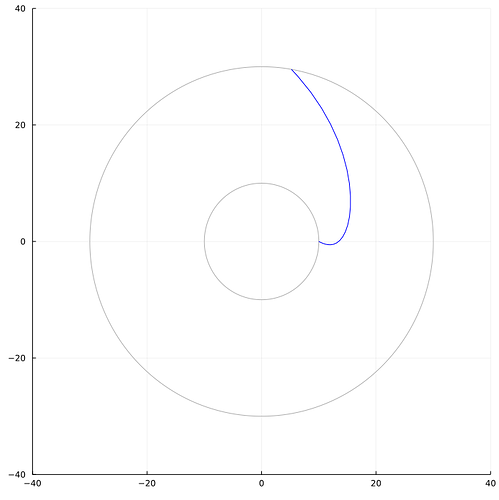 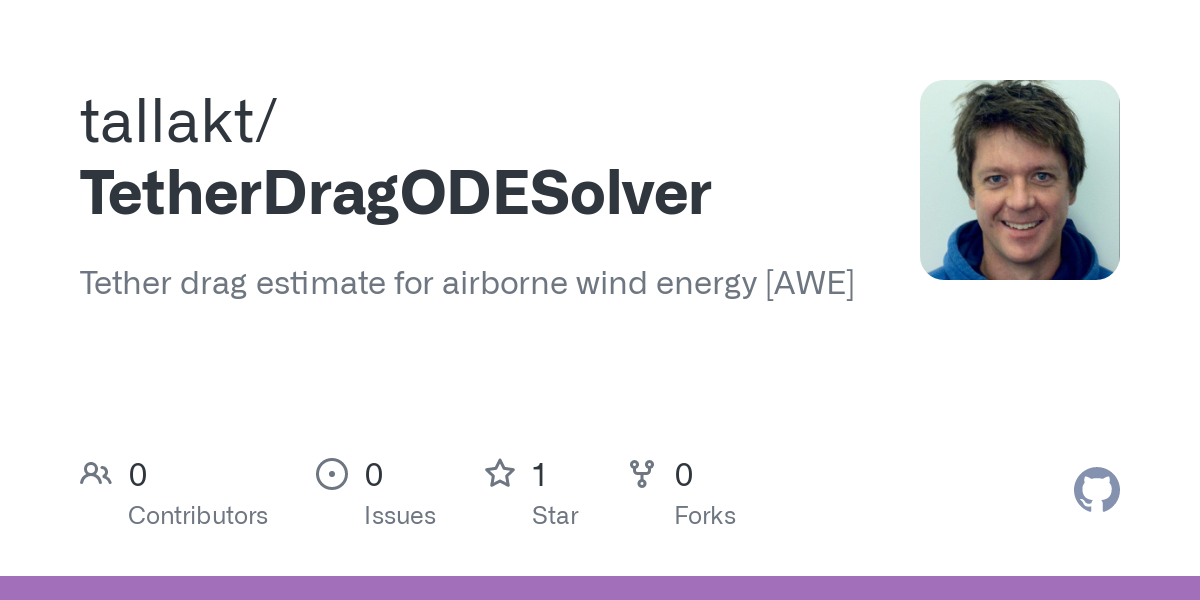