Review status: this preprint is currently under review for the journal WES.

Abstract. Multi-element airfoils can be used to create high lift, and have previously been investigated for various application such as in commercial airplanes during take-off and landing and in the rear end of Formula One cars. Due to the high lift, they are also expected to have a high potential for application to airborne wind energy (AWE), as confirmed by recent studies. The goal of this work is to investigate and optimise a multi-element airfoil for application to AWE, in order to further the understanding and improve the knowledge base of this high-potential research area. This is done by applying the Computational Fluid Dynamics code OpenFOAM to a multi-element airfoil from the literature (the “baseline”), set up for steady-state 2D simulations with a finite volume mesh generated with snappyHex mesh. Following a grid dependency study and a feasibility study using simulation data from the literature, the angle of attack with the best performance in terms of E 2CL (E = glide ratio, CL = lift coefficient) is identified. The maximum E 2CL is found to be approximately seven times larger than that of a typical single-element AWE airfoil, at an angle of attack of 17°. Having found the ideal angle of attack, a geometric optimisation is carried out by altering the relative sizes and angles of the separate airfoil elements, first successively and then using promising combinations. The limits of these changes are set by the structural and manufacturing limitations given by the designers. The results show that E 2CL can be increased by up to 46.6 % compared to the baseline design. Despite the increased structural and manufacturing challenges, multi-element airfoils are therefore promising for AWE system applications, although further studies on 3D effects and drone-tether interactions, as well as wind tunnel measurements for an improved confidence in the results, are needed.

Skypull mentioned in the acknowledgements section

Moreover, to demonstrate the feasibility of very high lift coefficients and the validity of a utilized simplified airfoil polar model, CFDs of a proposed high-lift multi-element airfoil were performed and the airfoil polars were recorded.

Should we use the high lift design for lifter kites where we want the maximum tether force at a high tether angle? The high lift design is also suitable for the yo-yo system where power is extracted from the tether tension. It may not be suitable for crosswind flygen systems where maximum power is obtained by increasing crosswind velocity by simple aerodynamic design.

I suspect if we keep using lift kites, as static devices… They will stay in the realm of soft kites because of their lower speed capability. In that case they’d be more like stacked kites, more spaced than the multi element airfoils.
Looking at how paragliding design is evolving 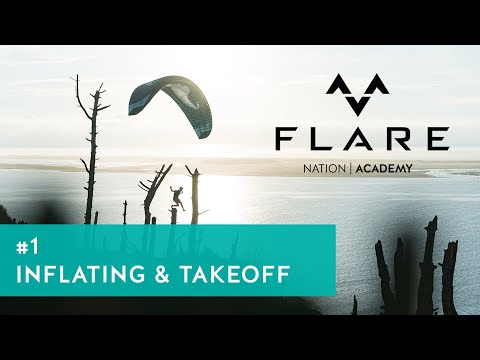 These Flare Moustache paragliders are more like Kites now with brake lines and reflex foils to prevent overflying stalls. OK it’s a hell’o’a lot of lines but I wonder if they could stack.

It may not be suitable for crosswind flygen systems where maximum power is obtained by increasing crosswind velocity by simple aerodynamic design.

Should we use the high lift design for lifter kites where we want the maximum tether force at a high tether angle?

A rigid kite, as Rod says, is not useful as lifter kites as they must fly crosswind in order to generate high lift. This again means that it must be actively controlled probably.

The power of an AWE plant in theory is proportional to \frac{C_L^3}{C_D^2}. So the lift coefficient will dominate as it is to the power of three.

That being said, things are not so simple. Increase C_L and eventually C_D will increase a lot more. So there is a sweet spot. This factor, mass per lift, handling, production cost, turning ability, actuator design and a lot more goes into finding a good AWE kite design.

I believe flygen and yoyo have similar «wants» for a kite. Skypull is yoyo I think and Makani was flygen, both using high lift designs.

I think something overlooked is that another way to increase power is to add wing area. This incurs a mass penalty, but maybe the technology necessary to build the kite is not so «alien».

Also, the tether drag is an integral part of the plant. If you want a long tether, there is no point in having a super efficient wing, because the sum will anyways have a low glide number. Often I think this is a reason to go for higher lift wings which lift more for the same size. This because tether length is very much dependent on the wingspan of the kite. Too short tether and you must have a huge elevation angle and incur cosine losses. Too long tether you can get a smaller elevation angle, but there is no way to get a high efficiency plant. At that point the only way to increase tether length without losing efficiency is to increase wingspan, but then you are basically just scaling your plant overall.

That’s where you get your wind speed multiplier from

You may also analyze how much power is available in the wind of a swept area. This will give a number \propto w^3. But the calculation based on lift and drag coefficients will also give something \propto w^3. The ratio of these two numbers state how much of the wind’s energy you are actually making use of. The closer you get to 100% though, the more wrong the first approach will be, as the wind will slow down. Eventually you can never exceed the Betz’ limit…

CL/CD is the lift to drag ratio, determining the kite speed.

So lift is cubed while drag is squared.

So what you are saying is that the high lift design will benefit all modes of AWE. For yo-yo systems it increases power by increase in tether tension, for flygen it increases power by increase in crosswind velocity, and for lifter kites it supplies more lift at higher tether angles. It would be great if we could design a high lift soft kite as a lifter. Perhaps we can achieve this by cutting panels or scoops into the fabric or have a ganged kite system.

may. Please remeber noone was super successful in AWE yet. Noone knows what the magic sause is…

However there are two big differences: in yo-yo systems the power would be half (even less) due to the time and the energy consumption during reel-in phase; and, due to the swept area going downwind at 1/3 wind speed, Betz limit becomes 4/27 instead of 16/27. That said for tested crosswind wings, 4/27 limit is far to be reached. 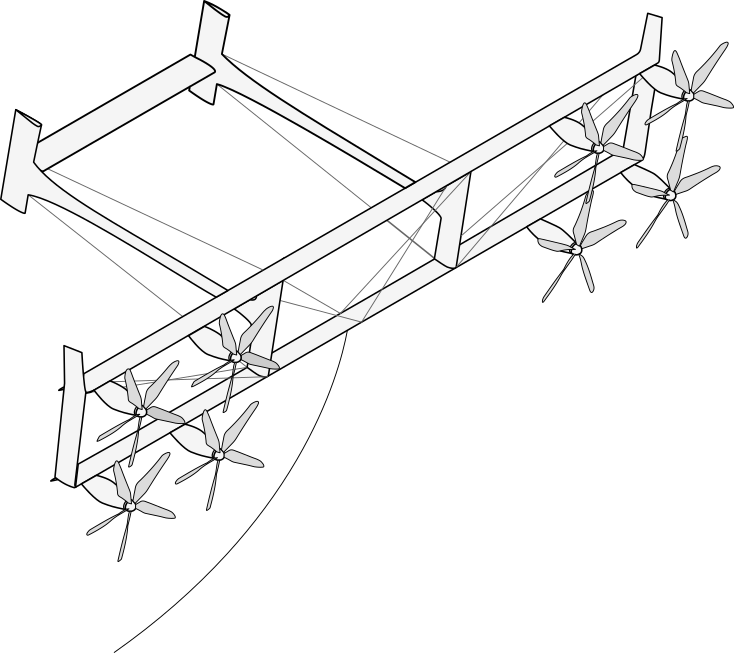 Learn about our technology and unique features. 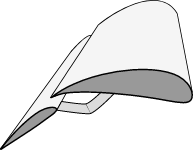 I wonder if such a design would be possible for flexible or/and inflatable wings, putting aside the profile obtained with a 4-line kite when the brakes are applied, the drag increasing too much compared to the lift.

I know flysurfer had this back in maybe «Speed 3» era… For sure it can work. Never took off in kitesurfing though

These foils have massive drag btw…