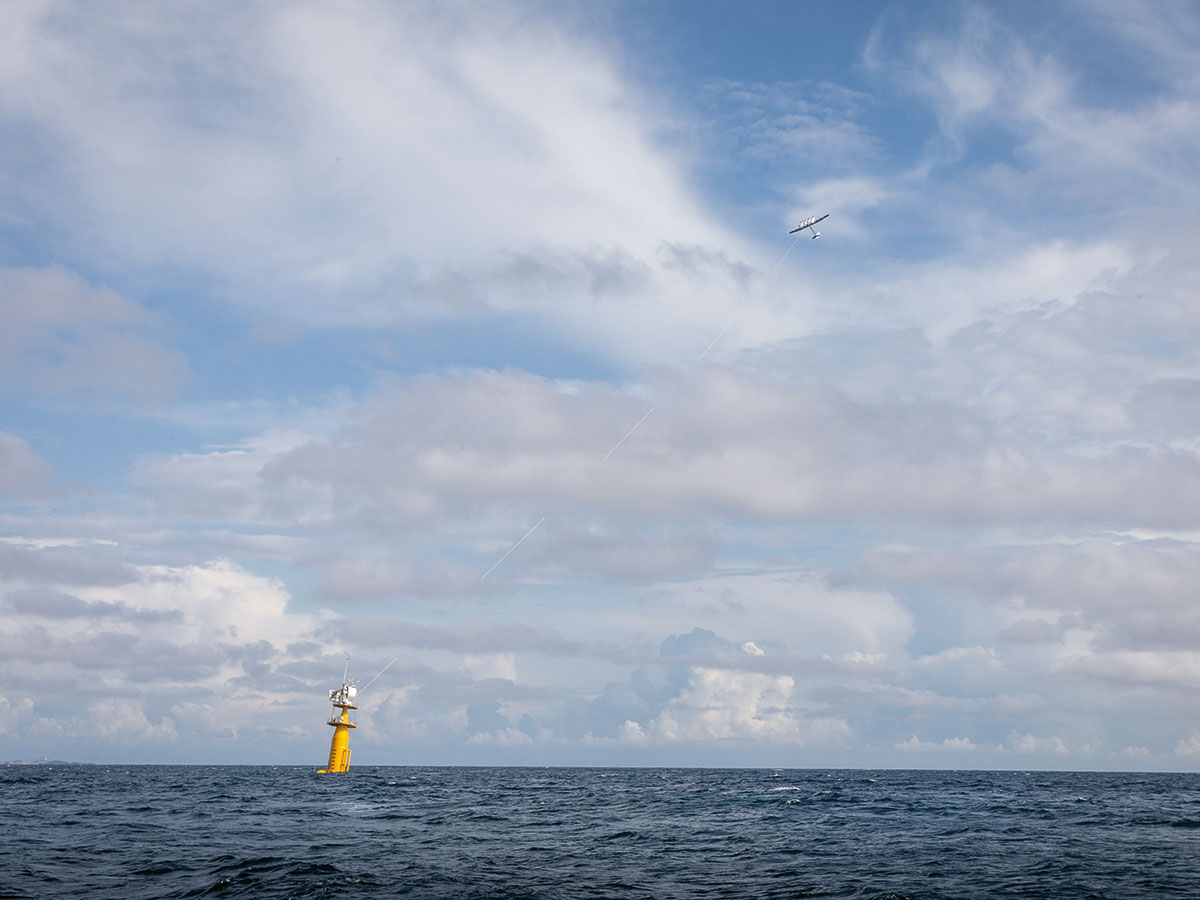 The promise and challenges of airborne wind energy – Physics World

Margaret Harris assesses the prospects for harnessing the wind with kites, wings, drones and hoops

Thanks for the nice article. They didn’t touch on quantum entanglement of the kite string. That used to drive me nuts as a kid. Note: as usual, the products on the market, and the powering of X-hundred houses, are still envisioned as “next year”.
They compare the development of AWE to that of regular wind energy, but in the case of regular wind energy was “This is powering X homes now” followed by “obviously it will never be possible to make them much bigger”.
So they are kind of opposites. One was “this is working so great, right away, it’s unlikely to be improved upon”, the other is “Well, we’re still powering zero homes, but just wait til next year!”

None of Doug’s five quote-marked statements correspond to the article text. Of the various AWE players covered, one is in fact a floating home powered in part by AWE, with a hydrogen loop to-boot, Race for Water-

Regarding the physics of kite line dynamics as entanglement, this recent quote from a prominent MIT Physics professor to a small AWE email circle. Name omitted to prevent trolling, and because his comments were not intended as public statements-

“Hi Dave,
Nice. I see - so the correlations are induced by their lines, rather than the kite-induced perturbation of the wind field. It is a nice illustration of the way we should think about entanglement, a manifestation of a connection. In our system, it is the wave field, and in yours, the line. (We have actually rationalized our correlations now theoretically). And in QM? We shall see!
Thanks again for sharing this very interesting work.
All the best,”

Yes you are right, they weren’t quotes from the article.
They were my quotes.
Here’s another similar AWE article from the same publication
Looks like it was published today. Mentions the Altaeros Donut. 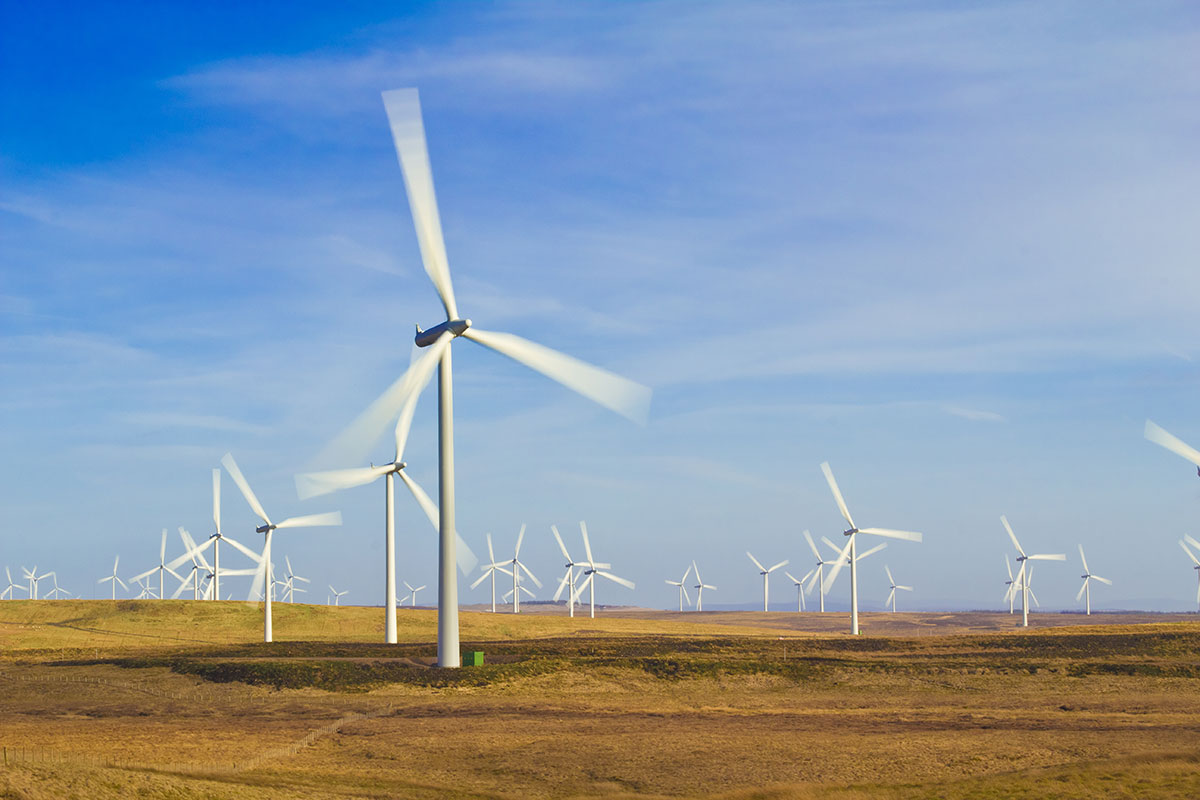 Yes, your confused use of quote marks needed a disclaimer, lest anyone think you were quoting a third-party.

Physics World is going big over AWE. Reporters may mention the “Donut”, as you put it; other times maybe the ST.

What’s really cool is that the second article cited SkyMill, Dave Lang and Grant Calverley’s AWE start-up, that languished under the Google PR glare and monopolization of ARPA-E funding. I got to help with SkyMill testing-

Ok Doug, you have FINALLY provided a quote of mine that can be fact-checked, rather than accuse helplessly with never any actual quote found. We’ll see come Feb…

As for Dr. Harrop making a premature prediction. Who would think predictions do not come in both failed and correct kinds? Others will be found to have made correct predictions. Dr. Harrop seems to have been off by only a few years, if Skysails pending offerings pan out. To his credit, his main AWE prediction points are 2029 and 2039.

Finding quotes is not worth my time.

True. One must be able to locate quotes for it to be worthwhile. Countless unquoted aspersions are not worthwhile either.

My glee is flying kites. Quote that.

As for what I said about Mitsubishi Heavy Industries in 2015, on the Old Forum, with regard to its Altaeros AWE entry-

“MHI giant parent could be just getting started on a track that puts it at the center of global AWE industrialization.”

The same now applies to Toyota’s entry via Mothership Project. Its not about how these powerful players start in AWE, but about how they could end up. Let’s save the “glee” for a good outcome.

So you are admitting you believed the BS and expounded on it. Thank you.
I believe I have witnessed 12 years of such naivete.
You don’t seem to ever learn.
The same people can just keep telling lie after lie, and you keep believing one after the next, are happy to repeat them, happy to expound on them as your example above shows, seldom scrutinizing, very gullible, seemingly without an internal gatekeeper separating truth from false statements. Over and over and over I debunk the endless false statements, then you usually argue with me - almost every time. Yes I was proud that you did debunk Altaeros, in a rare instance of you having requisite knowledge and experience. In that case you knew enough about LTA to agree with my assessment that the donut shape weighed more while giving less lift. This I knew since I was a kid musing similar designs for blimps with hollow tunnels. Which shows even a little kid could debunk Altaeros, no advanced knowledge required, just a teeny bit of common sense. Just like the kid who did not see the emperor’s “new clothes” and declared the emperor naked. You however, even having accurately debunked the donut, kept defending every new false statement from the same source without expressing the least skepticism. I think maybe you;re missing an internal BS detector. One might think you’d learn where the good info comes from, and where it doesn’t come from, at some point, and acknowledge it rather than continuing to deny it. 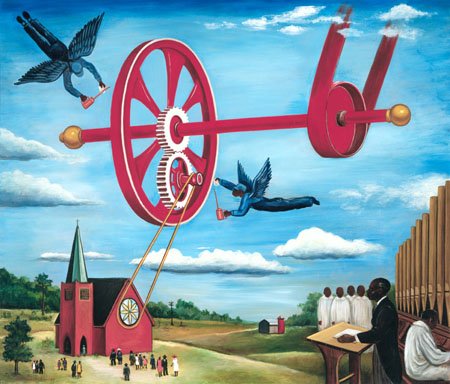 Some physics is implicated in the painting.
Painting:[ Ezekiel Saw The Wheel (Negro Spiritual #3) ], 1943

Re: BAT :: “we discontinued testing and production of the BAT in late 2014. We are fully focused on our aerial cell tower, the SuperTower at the time. With that being said, we do hope to return to the BAT project at some point in the future.” Altaeros
Notice that the physics of the SuperTower involves a LTA bulbous wing involving some kiting. Since the BAT involved a kited RAT, one wonders if a small RAT is on the SuperTower for some local electrical service to some onboard devices.

You forget my years as an LTA robotics (drone) pioneer, well known in those circles, so of course I critiqued Altaeros LTA in technical postings on the old forum. We can compare who said what, since its all easily searched.

I do not think Mitsubishi is BS, just that Alraeros’ poor LTA design and military orientation was wrong. Of course poor AWES LTA design is doomed, on specific flaws as cited by me on the Old Forum. Mitsubishi can pivot. Saab and Toyota have chosen better entry in AWE. These industrial AWE players are in for the duration. Its natural they learn as they go.

Joe, Thanks for the great Lamar Baker reminder. In fact AWES rope and belt drives are better physics than many transmission ideas others promote.

Yeah I mentioned your oft-stated supposed LTA experience.
Then:
You insisted over and over and over that the abandonment of the fake Alaska project was “a delay” (real quote) and “an engineering delay” (real quote).
Me: The project is not going to happen
You: It’s a delay!
How long did that go on for?
The lesson: Be very careful taking anything you say seriously, at all.

Thanks for that 2014 date, Joe.
I think your sidekick went on for quite a while after that making up his own facts about it being “a delay”, wheres I pointed out the common-sense obvious fact that it was abandoned.
You provided what looks like a quote from Altaeros, above, but give no info of the source, who said that, and when, under what context. It would be helpful to the discussion to know such basic facts. Regarding your “contribution” of the artwork: It is more of the same from you: utter fantasy without really helping to find a solution.

No Doug, the issue of Engineering Delay is well known as common for both successful and failing projects. When a stealth venture misses a milestone, engineering delay is just one possibility. In the case of Altaeros, the cited design flaws were the known part, but the actual cause of field testing delay or cancelation remains obscure.

Try not to turn every topic into personal off-topic aspersions, with no fair quotes. Form a new topic and quote fairly to be helpful.

The quote was from the office of Altaeros given to me directly in writing in the last few weeks from now in 2019; the response was a clarification after Altaeros read about Altaeros within page
http://www.energykitesystems.net/AirborneWindEnergy/Altaeros.html It was the first time I had seen a solid definitive statement from Altaeros concerning their full pivoting.

Altaeros retains the BAT matters in their video channel. My read of the literature is that they did not wither their BAT option in case some lead and touch from outside would insist on having some BAT service. Indeed, Altaeros holds their BAT option for any takers, though they are investing their solid time and attention on SuperTower.

The art by Lamar Baker has been fertile in energizing creativity among some AWE workers. Such energizing may one day be found to be the food for some great AWE solution. A fan belt to gearing already parallels some of the AWE patents for groundgen AWES.

You are full-of-it, as usual. How could you say it is a delay so may times and now say “no” when I bring it up? Is it that hard for you to admit whe you are wrong?
You just make up your “facts” out of thin air.
You seek to dominate every conversation with your endless utter B.S.
Like your concert that never had a chance of happening, you sill can’t even admit you did not, in fact, have it. You never had a way to power it. Pretty simple.
When I see the “latest” page of topics on this new forum, it is your big red K seeking the last word o virtually every topic. The people running this new forum don’t seem to know any better than to have your B.S. dominate their attempt at a rational discussion.
The very sad thing, adding insult to injury is, you seem unable to just admit when you are wrong. You dig in your heels, never relenting, no matter HOW wrong you may be. I guess it is great fun for you but to me, it destroys the forum.

Doug, read the actual quote. Many of us knew Altaeros’ architecture was not promising. Guessing that was the whole of the Alaska story is not so sure.

Joe: You use so many words to say not much of anything, but thanks for answering.
Why do you repeat their statements, when their track record is that almost nothing they say comes true, over and over and over?
The way I see it, once you notice that, you should be highly skeptical of further such statements from that same source.
This is the current state of AWE - endless chain repetition of fantasies and outright false statements. When the statements turn out to be wrong, like Harrop’s, people like you still repeat them, just leaving out whichever parts are definitely disproven.