Some rotary AWES (Daisy, SuperTurbine ™…) work without any electronic control until some point. Could be this possible for some reeling kites? I have some ideas about and will experiment something.

An idea behind this is the relegation of electronic control to what would be essential in the long run, and not for basic operation. So mechanical means are envisaged to assure both power flight, recovery phase…

Two or three line kites should be possible. As should a network with one or more depower lines.

In terms of a mechanically autonomous pumping network kite rotor…
It’s like @tallakt said. You likely require a ground station mechanism which as it unspooled would engage a central choke line more than outer tension lines.
The problem with it is (without some very heavy coaxial line) multiple spinning lines must unspool at the same rate whilst spinning.
It is much easier for a pumping system to use a single line. But then affecting a mechanical switch in the rotor mode becomes hard.
Sending a whip-like pulse control signal up the line would be very energy intensive.
There’s bound to be a mechanically genius clockwork way to time a phased wing engagement … but making it light and strong enough - unlikely -It would likely need inter-blade line spooling controls too.

Maybe there’s a mechanism where the pull extraction phase timing is able to be operated via the rotation… e.g. half or quarter or whole of a turn initialtes a collapse to retract the full retracted line operation reinitiates the blades to pop out and pull… Problem with that is uneven loading in phases ruins machinery, you also don’t get much energy from the pull until the blades are up to speed… no good

Seems to me that it’s good if any system has sufficient inherent stability for a basic version to be able to operate autonomously without any computer controls. Then more refined versions might benefit from added complexity. But if someone’s goal is to “replace hardware with software”, that might be a stretch. Obviously, not all AWE system concepts absolutely require computer controls, but even regular wind turbines above a certain size almost always use at least programmable logic controllers to respond to changes in the wind and/or grid. Most inverters and charge controllers do feature some microprocessor power, so any system using them would include some computer processing capability.

For an attempt towards maximum control of a yo-yo system by mechanical means. The video shows the diagram, which incorporates elements of Low radius loop - #7 by PierreB. 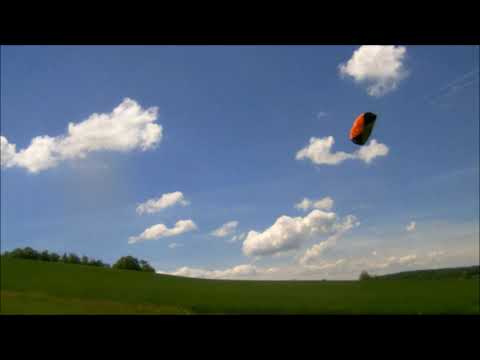