Skysails Yacht in a brochure. For now it’s just a rendering, but they are confident enough to offer it for sale. 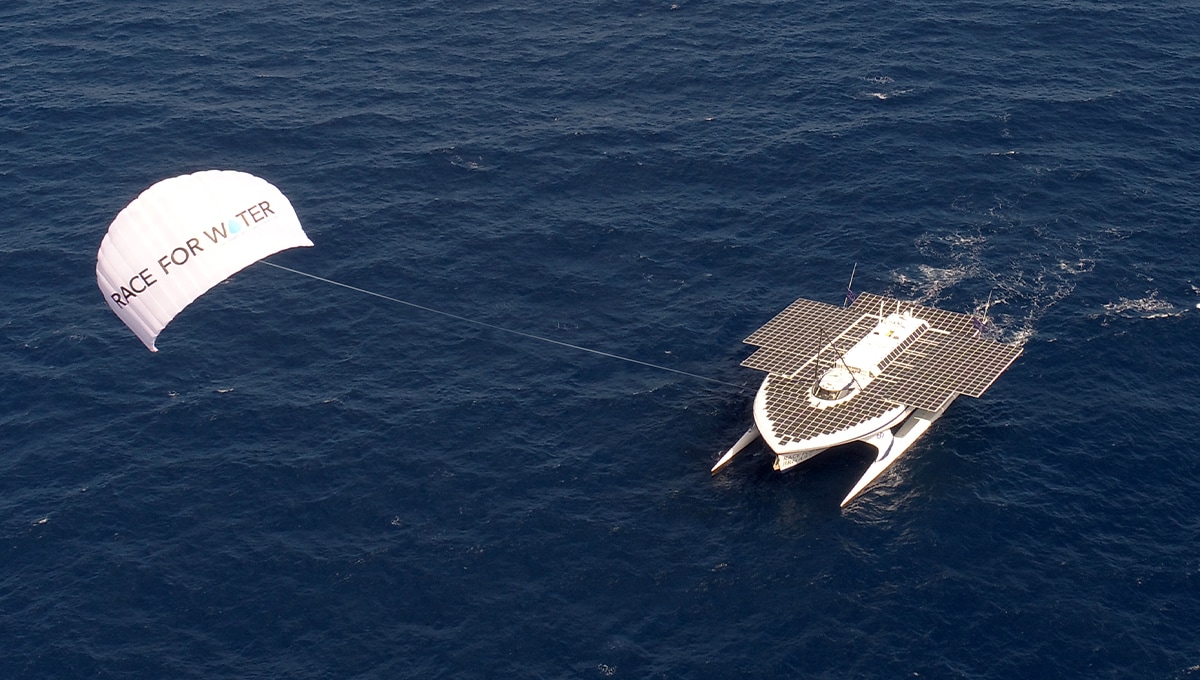 SkySails Yacht GmbH is the market and technology leader in the field of automated towing kite systems for yachts – GREEN, COMFORTABLE AND SAFE

What I’ve been wondering from day-one is, given how kitesurfing or kiteboarding seems to have eclipsed windsurfing with a mast, why don’t we see sailboats and yachts routinely flying kites instead of sails by now? Especially, given the excerpt from that brochure, below"

“By means of dynamic flight maneuvers, e.g. the figure of “8“, SkySails can generate up to 25 x more power per square meter sail area than conventional sails. Thus already the smallest SKS-Y-System can substitute up to 250kW of main engine power with a kite of only 40m² in size in
good wind conditions.”

A couple of points:

Hard to imagine people passing up on a 25x power increase, or is there more to the story?

That’s a question I also asked myself.
Probably mostly the compexity of launching larger kite and existing reulation for competition sailing. 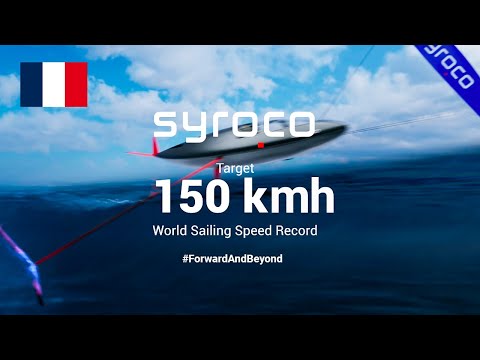 I hate to say it, but by now you’re used to it: I had this exact idea like 40 years ago. I envisioned all sailboats of the future would be airborne under kites, with only a keel in the water. Oh geez, there goes Doug again…

As to why exactly more regular boats aren’t using kites by now?
Yes we’ve touched on the same possible reasons (excuses?) for several years at this point, but is it possible that it just doesn’t work that well in some way?

Remember the big news about Jeff Bezos’ giant yacht wanting a bridge partially disassembled so the masts of his megayacht could pass through? The big question for me was "Why does it even have a mast in the first place, if kites towing ships works so well? Who wants to heel over when it;s not even necessary? That’s the sort of reason I wonder if there is just something about towing boats with kites that sounds better than it actually is. After all, didn’t Skysails sell off that division?

These things always remind me of my “vastly-improved revolutionary snowboard design” that turned out to barely make it down the hill when I built one and tried it, never figuring out why it actually sucked so bad. Of course there are a few possible modifications that might have saved it, but I haven’t gotten there yet. It did teach me that when inventing, a sure-fire slam-dunk “great idea” can turn out to be a disappointment.

I feel that snowboard story

Hard to imagine people passing up on a 25x power increase, or is there more to the story?

The maximum traction is obtained by making figure-eight or circular path by any AWES or kite ship. Both run downwind (= tail wind). Indeed the power is far higher than running downwind but without flight figures, which is not the fastest way since we use only the drag of the sail, which is often a spinnaker.

The intermediate traction is perpendicular to the wind, so crosswind (= beam reach), but the wing or sail is static, moving forward linearly and on a side. Sailors know that sailing beam reach or broad reach is faster than running downwind, because it also uses the lift of the sail. Now if you use a kite, things would be similar, except for a gain due to a higher altitude, but also for a loss due to the requirement of flying and also by the elevation angle. So the power per m² would be roughly the same for both kite and sail.

It should also be added that sailing close-hauled would be better with a mast and a sail than with a kite.

The maximum traction is obtained by running downwind and by making crosswind figures. And 25x is an optimist evaluation by a high lift-to-drag ratio of 5, and without taking account of different losses. 10x or 15x would be a more suitable value.

So sailing with a kite would be better only by running downwind. 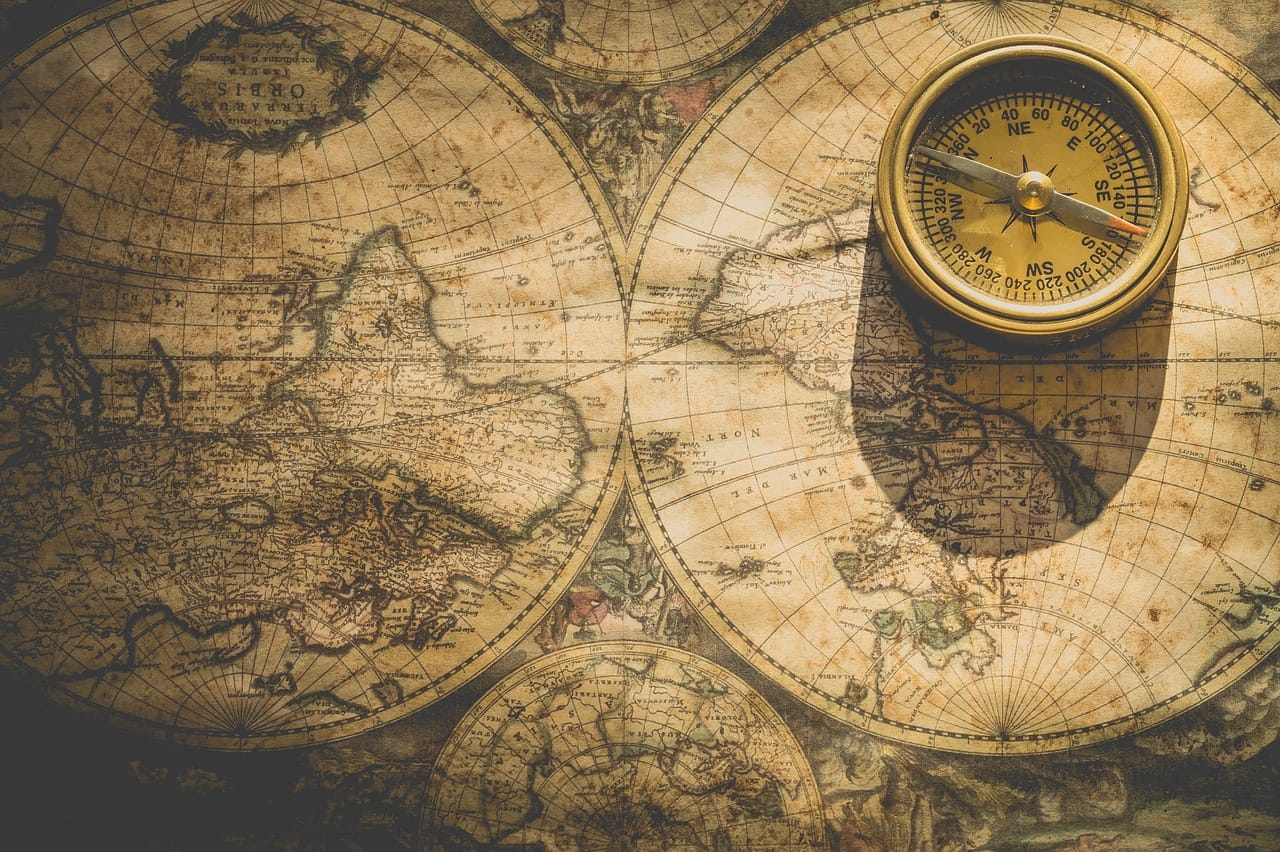 Understanding the Points of Sail

Every sailor understands that the wind is vital in their operation of the boat but the points of sail dictate where the boat can sail to. 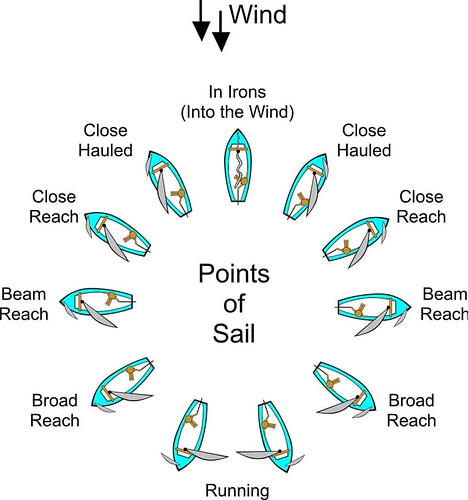 What I’ve been wondering from day-one is, given how kitesurfing or kiteboarding seems to have eclipsed windsurfing with a mast, why don’t we see sailboats and yachts routinely flying kites instead of sails by now?

Kitesurfing is a sport. A huge power is reached by piloting correctly the kite, allowing to jump high.
Sailboats and yachts require to go where you want, and to be able to go close-hauled: it is easier with a mast and a sail than with a kite (see above).