This device uses suction of a descending water column to spin a wind generator.
They have one demo they are calling a 200 kW machine.
If this thing could really produce 200 kW, I’d be surprised.
Maybe a momentary peak?
I did not notice an actual video of the working parts - maybe I missed it.

Anyway, I’ve noticed we always hear about wave energy devices but it seems they never get far beyond the initial press-release stage. I was starting to think maybe there just isn’t as much energy in waves as we assume.
Well, here are two articles with video on this new device, from the same source:
LINKS: 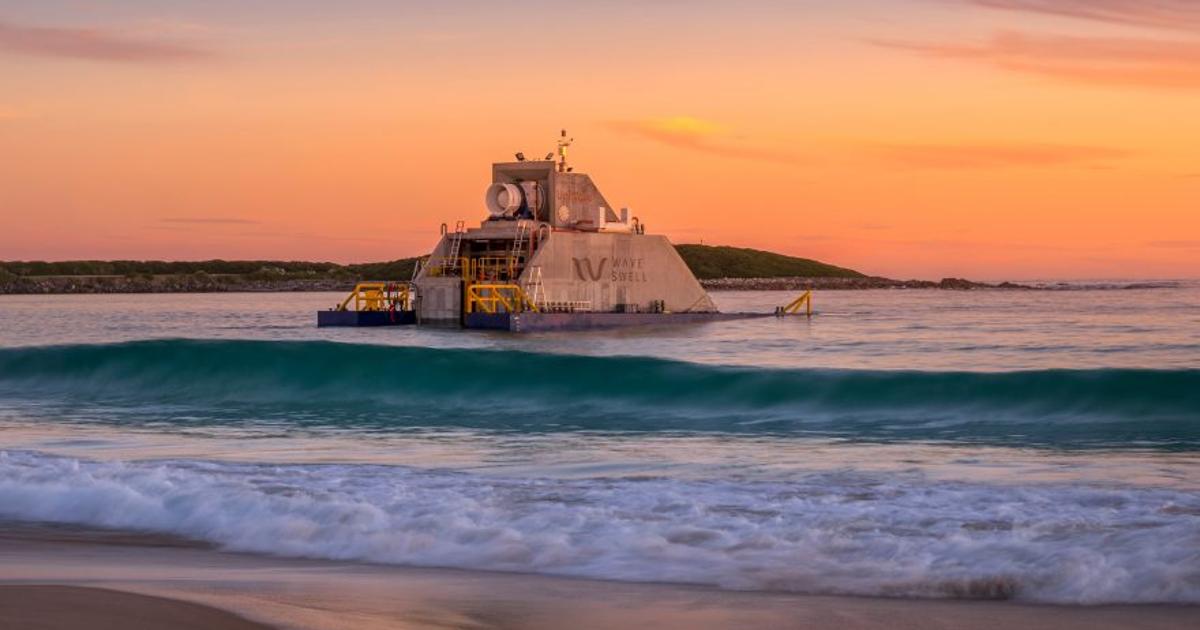 A 200-kilowatt demonstration version of Wave Swell Energy's fascinating "blowhole" power generator has been deployed at Grassy Harbour on King Island, off the Australian island state of Tasmania and will be connected to the grid in the coming months. 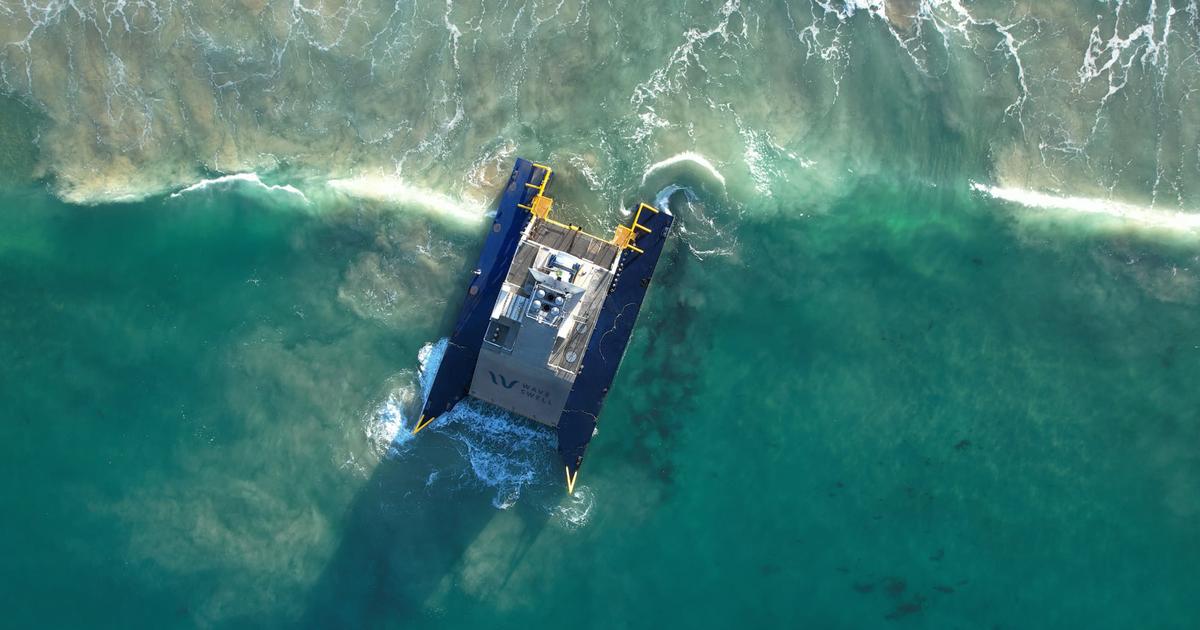 Wave Swell Energy's remarkable UniWave 200 is a sea platform that uses an artificial blowhole formation to create air pressure changes that drive a turbine and feed energy back to shore. After a year of testing, the company reports excellent results.

Having put all that aside, being someone who likes to dabble with surfing, the place where that ship is is the place noone would want to be. Shallow, full of currents, waves splashibg everywhere. I cant imagine you could with reasonable effort place that thing there over time without it being flushed ashore or drift to sea in the next storm.

So that maybe means the «adaptation to global warming» part means putting the beach under concrete. in that case my vote would be «no».

It also seems like a huge machine for 40 kW. Like a 100 ton ship jumping around in the beach break is the way to charge 5-10 electric vehicles.

Maybe they have a huge positive scaling story. But like the wind, the waves don’t really scale too…

It also seems like a huge machine for 40 kW.

YeahTallak, I like the simplicity of the mode of operation, using air, no moving parts immersed in saltwater, but there would still be plenty of salt water contact. Even living anywhere near the beach, your motorcycle will be rusty in a couple months. This thing is very interesting, but seems like way too much structure for what it does. Did you say 40 kW? All I saw was a 200 kW callout. Seems overoptimistic at first glance. I assume peak instantaneous(?). Is it supposed to average 40 kW? I’m gonna throw out a wild guess: in average surf I bet it puts out less than 10 kW… (?) I’d like to see (and hear) a video of the actual fan working. Maybe with a visual power meter. Extracting water power from air seems like an interesting approach. Sounds like it has been done before in multiple efforts though, and the innovation here is apparently the one-way fan, that probably allows the water column to more fully accumulate, unimpeded by a fan at that key moment, for later slower energy extraction as the wave recedes.

OK I did see the reference to “40 kW” in this article with video:
LINK: Blowhole wave energy generator exceeds expectations in 12-month test
I’d love to invest in such a new idea, however, I see the typical “red flags” in this article.
I’ll just start listing them as I see them:

Very tricky!
This is how most of these clean energy breakthroughs work.
“Fake it til you make it”.
but then, if you aren’t going to make it, JUST KEEP FAKING IT!
New slogan: “FAKE IT!” period.