The Ekman Spiral and AWE

Does the Ekman Spiral hold promise as a small boost to AWE? It seems at normal AWE altitudes, the direction of the wind will change somewhat (perhaps 10-30 degrees). This should probably mean that AWE looping could be optimized to take advantage of that difference. 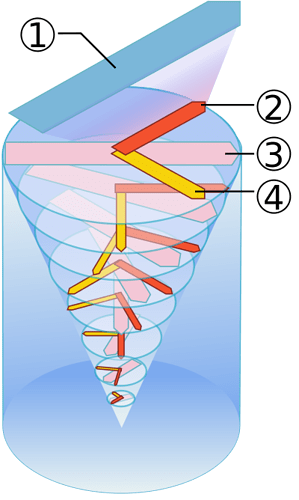 In practice, the power zone will move somewhat when transitioning from lower to upper part of the loop (if going in a circle). Flying towards the power zone should be more benefitial than flying away from it.

If this is a positive effect, it could give circular looping an advantage over figure of eight. 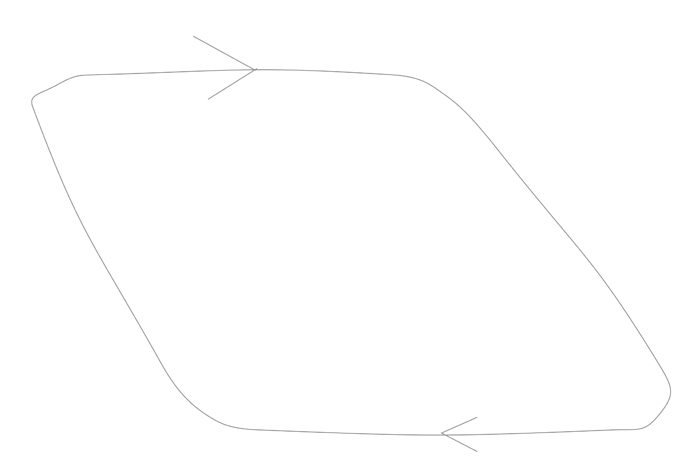 That study is a nice find.

More on dynamic meteorology and the Ekman layer: An-Introduction-to-Dynamic-Meteo.pdf (5.6 MB)

The Old Forum hosted analysis of the Ekman Spiral as commonly observed by kiters, and in AWES testing, starting Jun 1, 2010 at 1:33 PM, and several later posts. Sample quote, in related context of classic kite “dancing” motions-

“Varying windspeed interacts chaotically with any kite, constantly stabilizing & destabilizing at harmonic intervals, & dancing often is due to these effects. There is also horizontal helicity & vertical hodographic Ekman spiraling in the wind gradient & a statically well-balanced kite can tip dreadfully & fall out of the sky, but the crazy-dancing quick-looping kite flys on.”

The general conclusion of extended discussions was that vertical wind direction helicity varied greatly, and even commonly reversed for many reasons. As the quote shows, for self-flying classic kites, the Ekman Spiral could cause looping or crashing if it saturated inherent kite stability. It was not found to be reliable nor advantageous, but more of an interesting somewhat parasitic factor.

This is how Ekman Spirals are quantified and presented- 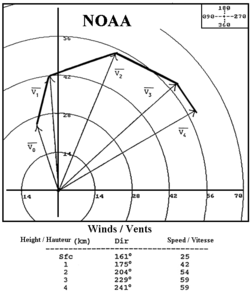 A hodograph is a diagram that gives a vectorial visual representation of the movement of a body or a fluid. It is the locus of one end of a variable vector, with the other end fixed. The position of any plotted data on such a diagram is proportional to the velocity of the moving particle. It is also called a velocity diagram. It appears to have been used by James Bradley, but its practical development is mainly from Sir William Rowan Hamilton, who published an account of it in the Proceedin It is...