Towards a crosswind version of Kiwee?

Indeed a rigid wing seems more appropriate as there is place enough for propellers and the control surfaces are on-board.

Soft wings would be more difficult to implement. It is not easy to have both a control with two winches, as for KiteGen KSU, and a rope-drive. FlygenKite has also two lines. Something with a single tether like @Kitepower or SkySails is perhaps more likely but the propeller would be settled on the pod, and there is little place, unless using a stick as for FlygenKite.

So back to our rigid wing, and with several propellers as for Makani’s wing, but if possible an odd number (3 or 5…) of propellers, the central propeller driving both the belt of all propellers and the main rope-drive via the return pulleys system for the right angle. But it’s only a possibility, or an impossibility.

How about trying a de-coupling drone for launch assist?
… But yeah, onboard power for landing or how do you control it coming down?
Drone re-capture for land?
Extremely re-configurable lift surface design with expanding multi slats to increase lift at slow speed? might be workable like landing a big ol plane.
Parachute landing maybe?, needs re-packing after deployment.
The solution of course has to work for extremes of wind

Well to be frank, I have no idea. @PierreB, you cannot inject energy trough rope drive once reel in because we réel in both line at the same time on the drum. I still think if you can go High enough, you never retrieve. Then réel in reel out operation become far less important

I tried to see what means cannot go with the rope-drive. Ground steering is one of them, let alone the yoyo method.

Beside it here is a sketch of an obvious (efficient?) mean to connect an odd number of propellers.

The makani props have a lot of functionality that the props in this device wouldn’t have, assuming the props are connected to the drive belt and cannot be decoupled.
Steering by thrust /resistance throttling, especially during VTOL.

@Tom, you are right. But my process is always to go from simple, make it works. Then increase complexity, efficiency. And then move forward too more functionality. You could also think about E vtol with supercapacitors by adding a clutch.

Oh I wasn’t arguing for having the props with clutch / gears / whatever it takes to finely control them. Controlling prop rpm with a mechanical power input would be madness.^^
Maybe thrust vectoring is possible?
One might consider having the props connected to the belt drive and using another method for launching method. Not makani style vtol except maybe with additional props with electro motors (or making the props shift between belt-drive and elctro motor) , which would defeat the purpose of having the rope-drive.

I don’t believe you can launch a system like Makani with a cable drive. It’s like lifting yourself up with your bootstraps. As soon as you apply power to the lower pulley, the tension on the return side drops to zero. The rope begins to slip on the pulleys. The rotating turbines will not produce enough tension in the cable to counteract this. When the cable drive is operating in normal crosswind mode, most of the tension is caused by the wind lifting the kIte. On startup there is no wind.

sorry for the delay, I have to take some holidays sometimes
Works like this: we have an annulus controlled by a servomotor with 3 positions : loop capture, free spin, brake. In the drum there is a tits that catch the lower line when in “loop capture” position. Sorry for my english :). You can see a mickey style part on the servo. It is made to be movable by hand when you have no juice inside kiwee. All the automatic features on kiwee could also be operated when there is no battery. Like for reel in reel out, you have a manual crank.

Thanks for sharing the video and description.
Yeah… Possible you mean teeth not tits?
And sorry having a mickey part… Is that a handle?
Very cool

Mickey parts : look on the servomotor arm, we had an aluminium piece so that you could move it with your finger if needed. We call it mickey because of its two hears.
The tits part is direct translation from French, we called it “le Teton”. It’s a circular shape that can move along the motor axis to capture the down line 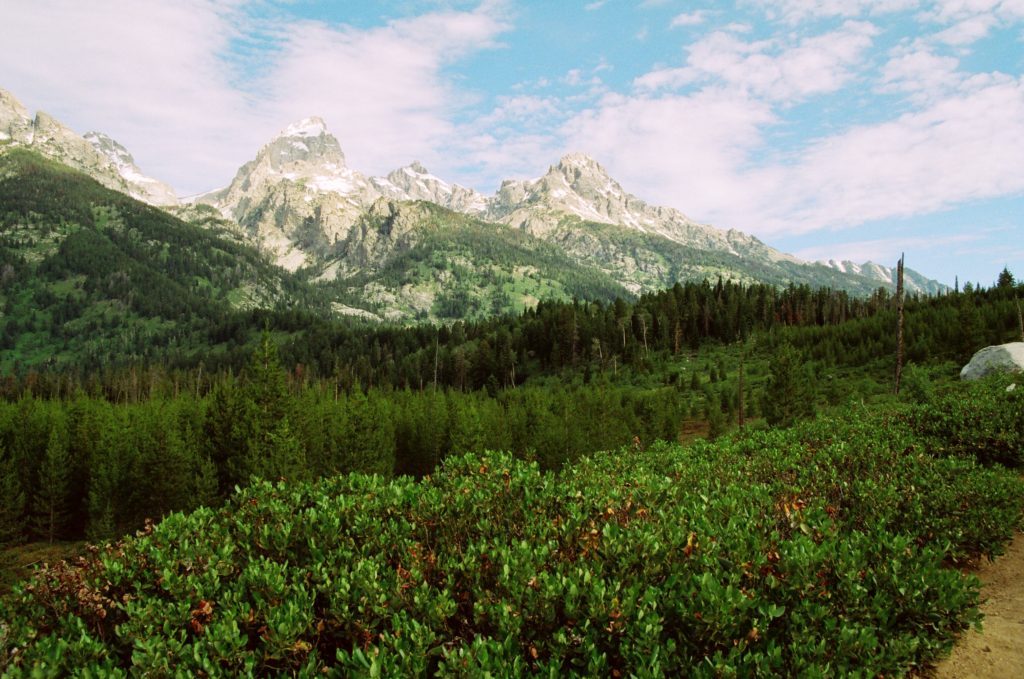 How The Tetons Got Their Name - Wyoming Magazine

How the Tetons Got Their Name Western Wyoming is well known for quite a number of different things, including Yellowstone National Park, the Wyoming/Idaho border, and the Teton Mountain range. The Teton Range of Grand Teton National Park of Teton...

Empennage continuously rotates a suspended WECS to Apparent Wind, which is what counts in crosswind sweep, not True Wind. Its only necessary that the vane surfaces be large enough to damp overshoot and rocking.

I disagree. The system is not self correcting. If the lifter kite pulls the Kitewinder to the right, there will be a force on the vane to rotate left. The system will rotate horizontally around the suspension point and orient the turbine in a direction opposite the effective wind direction. If the vane was located upstream of the turbine, the system would be self correcting, but this system is unstable

Sorry you lost me somewhere. Does somebody understand what @gordon_sp means because I really don’t.
Why would and upstream vane follow the wind better than a downstream vane?
What about this opposite direction thing?
A vane follow the wind, just make it big enough to follow it well as said @kitefreak.
Maybe you could provide a sketch or something to help understanding