An idea ahead of its time: Improving on the elephant 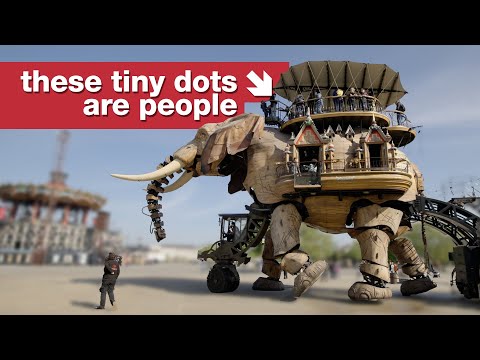 Hi Doug, you seem to like elephants, whose white elephants. What about a tethered elephant?

Hi Pierre:
Well I’m drawn to the 3 blind men trying to describe an elephant, because it reminds me of AWE people trying to discern minute details of, for example, future AWE farms, when they still can’t describe what a well-functioning single unit would look like. And I like elephant trunks because, like vacuum-cleaner hoses, they remind me of tornadoes, which remind me of SuperTurbine™.

Here’s an interesting video of a teeny-tiny little tornado in Stockholm, instantly breaking off the top of a small tree and stripping the bark off the stump, at time 1:29. 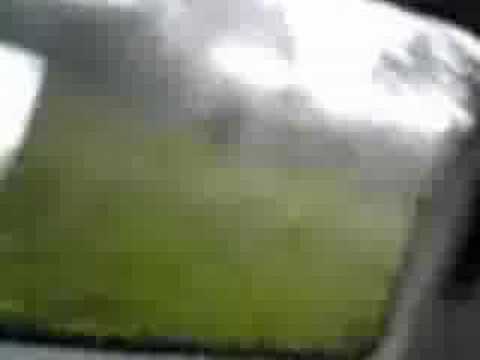 Who could imagine such a little swirl could pack that much power? We have a lot of dust-devils around here. Last year I noticed a sudden gust of wind shaking the fence I was standing next to. Suddenly a big tree across the street was instantly slammed to the ground. The huge trunk was splintered. Another time I was strapped into a hang glider waiting to launch, and a dust-devil, about the same size as the little tornado in that video, appeared at the bottom of the small hill, and started heading up toward me. I grabbed the front of the central tube with both hands and prepared to hunker down and hopefully not be blown away. Luckily it passed about 20-30 feet away and didn’t hit me.

Pierre I forgot to add that the plastic elephant is, to me, an “example” of “The Kite Gods” (kite-show people) “solving AWE” as promised by you-know-who, for many years.
Meanwhile, I click-stopped the above video, and also watched it at 25% speed. Looks like the tornado twisted the top of the tree off, splitting the trunk, exposing a couple feet of bare wood, rather than peeling the bark off. I have seen photos where a tornado did peel the bark of what was left of a tree though, as part of total destruction of everything in the vicinity. Airborne debris may have played a role. No matter how you slice it, the wind can be more destructive than would seem possible. Look how many AWE projects it has ruined, by not doing what it was supposed to do! (Magically create electric power because someone decided to fly a kite)…