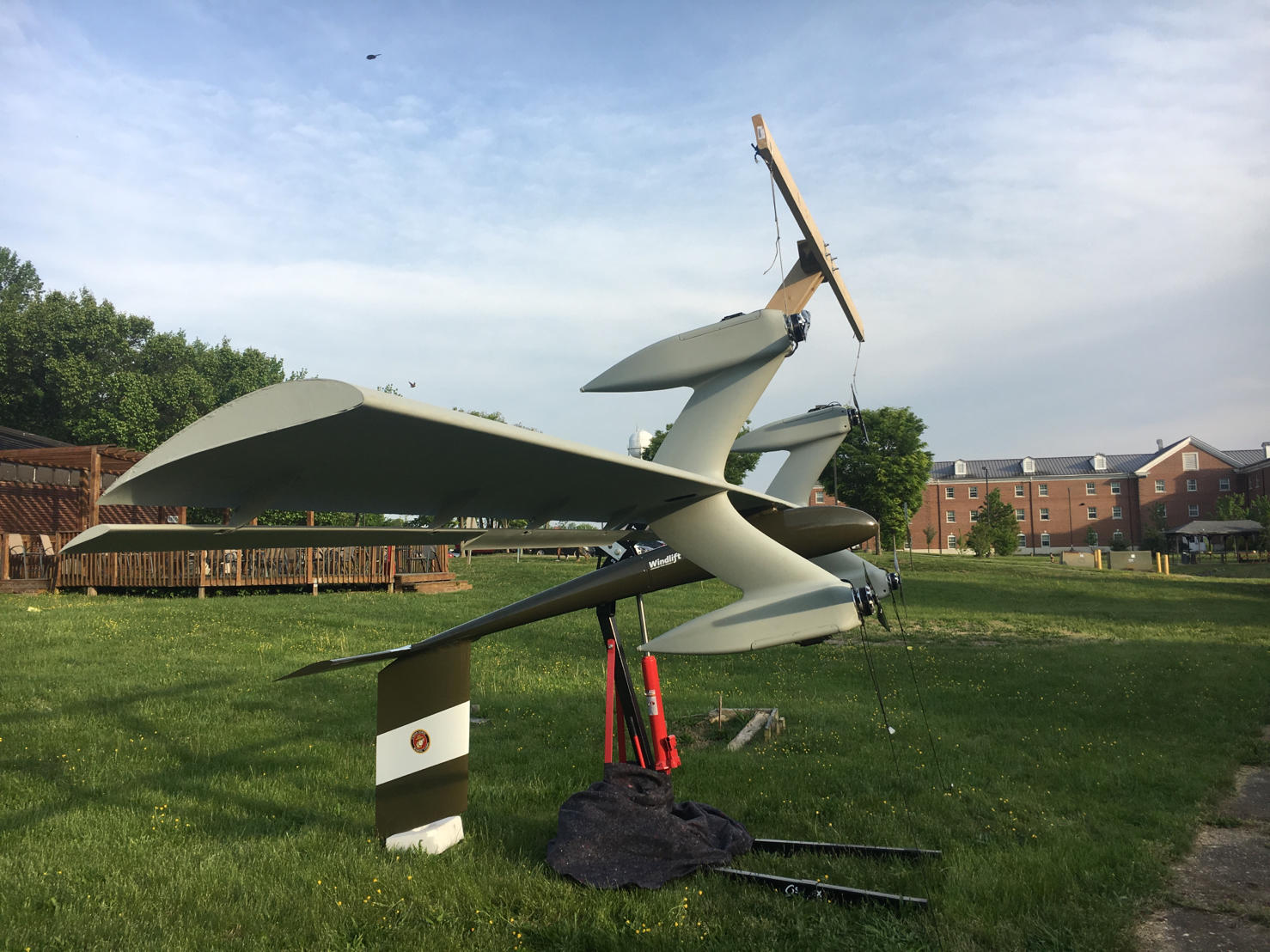 Windlift on LinkedIn: "The Windlift team had a great day at Quantico fielding...

Its huge. And hit has a high lift dual foil wing it seems. What sets it apart from Makani?

They’ve built the thing but we don’t know if and how reliably they can fly it.
Makani have done a lot of testing and they’ve scaled much further.
Anyway windlift have built a magnificent looking bird.

What a design! A question is if and why they could make what Makani cannot.

Windlift started with a flexible kite in pumping mode and now progresses with a rigid flygen wing.

Pierre, Makani made Wing7 “work”, but Google does not care for a small-scale high-price AWE market. RobC at WindLift saw a match to his forward military market and copied the pattern. Rob’s technical background is as a molecular biologist, not an aerospace engineer or kite expert, so Wing7 must have seemed like obvious the way to go after futzing inexpertly with LEI kites. If soft kites win, “progresses” here means like “madness progresses”.

WindLift’s reliability will have to match war-making timeframe, if not Makani’s five-year payback estimation. On the other hand, enemies will be bringing the kite down, and the kite itself could kill friendlies, or at least the loud racket will keep them awake until they go mad. Children could kill it with a SquarePants Bob kite, if allowed ;^)

Let the US Military do anything but master classic kite warfare, like the Chinese invented over 2000yrs ago. Let them instead buy WindLift’s “magnificent looking bird”.

Windlift progresses as they don’t make any “premature downselect” by Dave’s words. They tested a soft pumping kite then their current rigid flygen kite.

Cloning Wing7 for US military use is obviously a premature down-select IF saving the world from fossil fuel is the greater goal.

It was the late great Corwin Hardham who first invoked “down-select” in AWES R&D, in the context of Makani’s architecture. KiteLab, in 2007, started with a rigid turbine (KiteMotor1), and “progressed” to soft power-kites. The directions of early testing, back and forth in many engineering dimensions, is not a reliable basis to draw firm conclusions. A fly-off is wanted but, without Wubbo, EU leadership for such a decisive approach is lacking.

that’s Windlift out of North Carolina. They had worked with the military but are no longer.

Windlift’s website front page still mentions support of soldiers. And the site still has a “Military” folder. https://windlift.com/industries/#military
So, is Windlift working anymore with the military or not?

I have a question apart from makani (fly generation device) has any other company with any other technology have tried to scale up power like producing more than 500kw from a single kite?

The Windlift prototype referenced in the April 30, 2019 post above, does not fly. As far as them still engaged with the military remains to be seen. Quantico has shown some interest in eWinds system and we’re looking forward to further discussion with them.