The “crackpot” term is often used by @dougselsam. It refers to both crazy designs and conformist attitudes.
I will try to produce a design as crackpot as possible. I may have done this in several (if not all) previous messages.

So two counter-rotating bladeless rotors rotate two balloon filled with helium, using angle gears, that produce thus some Magnus effect. The force is used during the yoyo reel-out phase. During the reel-in phase the direction of rotation of the rotors is reversed.

I would guess some methods now well reputed will enter this rubric.

I say lets keep an open mind and provide honest feedback. One can only have an opinion. The idea owner can choose to listen to feedback or not.

Of course, negative feedback is most times a signal that the idea is not that good. But often bad ideas have some useful insight that might be used at a later time.

Some extract of the last interview:

_What do you plan?
_Simulations are promising. As we are careful and informed 50 small 100 MW unities will feed the East Coast.
Indeed we prefer begin small before starting GW scale.
_ You plan it for when?
_ The next year.
_ But you told it one year ago.
_ Right, we told “the next year” one year ago, then now we tell the same, always “the next year”.
_ And now, besides “the next year”?
_ We are studying a project for remote areas.

The downwind rotor contains blades with variable pitch, producing the stall-returning effect. The flow is not slowed as for devices that are subject to Betz limit. By the stall-returning effect the flow bounces back as soon as it crosses both rotors, keeping its kinetic energy. So the flow is multiplied in layers as the Betz limit is multiplied, becoming 2.5 instead of 0.59, but not more due to the losses by bouncing back. The Cp is expected to be about 2.

Hence the character of “Profethor Crackpot!”

Here is a topic for Crackpot thinking and projects. What about a reeling Magnus rotor connected to a Darrieus turbine?

What about a reeling Magnus rotor connected to a Darrieus turbine?

Hello Pierre: Connected in what way? What do you mean?

In a similar way, but not as an AWES, the figure 53 on http://students.iitk.ac.in/projects/wiki/lib/exe/fetch.php?media=2014:seifert_flettner_apps.pdf represents an Hybrid rotor comprising a cycloidal propeller around a Flettner rotor.

Oh OK that’s what I thought you meant.
Looks like it would work GREAT as long as it remains as ink-on-paper, where everything does what you want it to, rather than doing what it does.
I would say the wind-shadow of the sausage-cylinder would beat the Darrieus blades to death.

I would say the wind-shadow of the sausage-cylinder would beat the Darrieus blades to death.

This is probably true.

I experimented a rough (attached photo) and not very efficient Darrieus rotor of 0.5 m x 0.5 m, blades Naca 12, carrying on a side an expanded polystyrene Savonius rotor of 0.27 m diameter and 0.5 m span, and on the other side an expanded polystyrene cylinder of also 0.27 m diameter and 0.5 m span. The weight was above 0.5 kg: with a wind of 5-7 m/s the set had a small elevation angle of 10°. 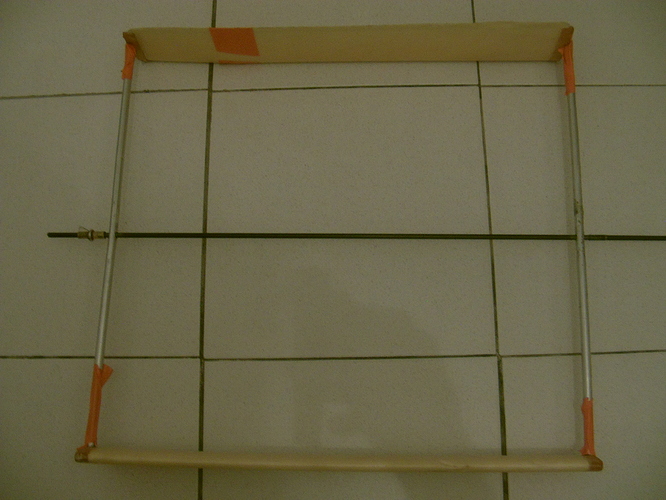 I wish you could post some more photos of your setup. This looks super interesting, but I am having trouble visualising what you have done here.

While many of the papers listed are interesting, my feeling is that they are a bit off. Here is my thinking on the subject (which I hope may be useful for your project):

I am assuming they are all fixed relatively in rotation sharing a single shaft.

The TSR values and harvesting energies may all be found by looking up tables.

Interestingly, the optimal harvesting device here is not the one approaching the Betz limit, rather the one producing most power for the least drag and weight. Probably this would mean high efficiency wings, I believe favoring a HAWT over darreius over savonius. And actually I believe a scaled down turbine like @Rodread’s Daisy might be a good option, with a gearbox.

Let me explain some reasons why:

Super envious that you are getting some testing done. Looks like fun. Unfortunately I am super time constrained these days myself…

Unlike a Magnus rotor (and in some way a Savonius rotor due to its Magnus effect) the Darrieus rotor does not need a high aspect ratio.
Theoretically the spin ratio of a Magnus rotor can go with the TSR of any device assuring its rotation. Practically (and according to my rough experiments) exceeding a value of 1 is difficult without motors, leading to a higher diameter of an efficient wind turbine in regard to the diameter of the driven cylinder. 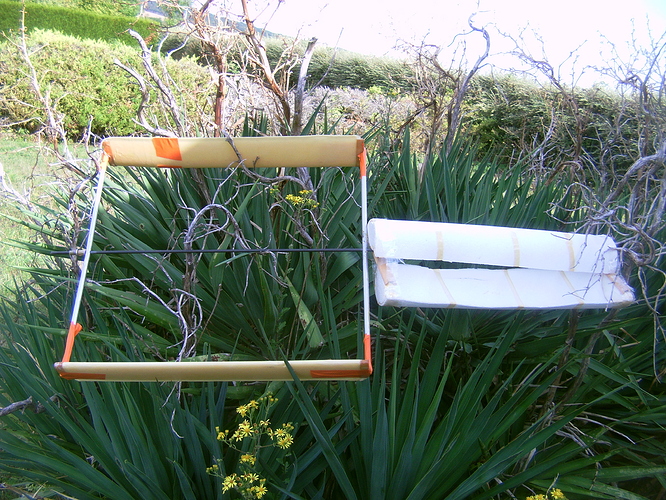 As the TSR of my Darrieus rotor was rather low, between 1 and 2 at the best, the proportions between rotors can be too approximative.

However the Darrieus rotor adds drag, and has no lift unlike the Savonius rotor at least with the following dimensions I experimented:

It would be true if all components (Darrieus and Magnus rotors) have the same diameter. But the diameter of a Darrieus turbine is higher (you confirm this by the TSR requirement), so some rigid structure is needed to hold the blades. And for a HAWT a mast as axis is needed.

However Magnus and Savonius rotors can have the same diameter, but a Savonius rotor is not easy to build in soft material and will be still less efficient. And the Savonius rotor TSR would be a little slowed down by the Magnus rotor.

At small scale HAWT + Magnus rotor would be a possibility, but at higher scale an inflatable balloon like Omnidea’s in reeling (yoyo) mode could be a better solution, but with some needed adaptations.

This is a balloon for Magnus effect. A motor system (here a drill with a pulley) drives a balloon in its rotation. The transmission belts on the perimeter would make it possible to maintain the balloon over its entire width and therefore increase its dimensions. A Tensairity ™ + ETFE variant would allow both more rigidity (and perhaps less motor consumption thanks to less deformations by wind force) and some transparency for an additional small lift by small greenhouse effect as for a solar balloon but without the black part. The lift should be sufficient to balance the mass. Perhaps a second internal black envelope is required but I prefer a constant even small lift by all weather.

Another possibility would be to place the motors at both ends of the balloon as for Omnidea balloon, but inside the balloon, with the effect of recovering the heat generated by the engines and having a little aerostatic lift. If the balloon is in Tensairity ™ + ETFE, the transparent ETFE membrane retains more infrared and allows more heat to be retained. On the other hand, as the balloon would only be held at its ends, it could not scale much, unless the two types of rotary drive were combined.