Hi. I am working on this based on our previous discussions (and mostly of course based on my own input). I’m thinking perhaps it could have value for such a document to exist, to establish a more robust and less confusing taxonomy for AWE. “Its a dirty job but somebody’s gotta do it”. So well, I did it… anyways, appreciate any feedback and of course also suggestions about where to go next with this.

I wanted this thread to be focused on the contents of this document, not a reprint of the other discussion we had

What frustrates us in developing a clean taxonomy is our phased energy gains and planes of reference never fully match prior art or nature.

I like the word Bounding - reminds me of Lolloping.
I should have known the bird flight meaning of bounding because I’ve seen it - but it is new to me in this context. (my poor twitching no doubt)

Does
Set length vs varying length
describe the same classification?

Glad to see the SuperTurbine approach (“rotary”) at least being acknowledged.
I guess its a first step toward realizing that, just maybe, all roads lead there.
Then again, where would anyone get the crazy idea that rotation had anything to do with wind energy?

What do all AWE designs have in common? They utilize the difference in flow speed at altitude versus that at the ground level. Without any such difference, there is no energy to be extracted.

Strange way to say they are anchored and need wind. Yes theoretically there is no wind directly at the ground level, but… And this doesn’t distinguish AWE from regular wind.

Bounding is a nice word, although I don’t really see kite planes changing their shape much. Hovering also. Both don’t convey that the systems are tethered to the ground.

I think I like tethered bounding, or maybe tethered gliding, better.

They utilize the difference in flow speed at altitude versus that at the ground level.

This is true of tower-mounted turbines too, which is the reason for using a tower.
There are cases, however, where a building or other obstacle can accelerate the wind at ground level, equal to the speed at hub height on a tower.

Strange way to say they are anchored and need wind. Yes theoretically there is no wind directly at the ground level, but… And this doesn’t distinguish AWE from regular wind.

Bounding is a nice word, although I don’t really see kite planes changing their shape much. Hovering also. Both don’t convey that the systems are tethered to the ground.

I think I like tethered bounding, or maybe tethered gliding, better.

Well the taxonomy should also cover ships and carts. In that case things are slightly more complicated. Eg if wind is 10 m/s but current is also 10 m/s, theres no way to extract energy. Maybe some rewording is necessary though.

Some kites like Zhonglhu do change a lot. Kitemill changes a lot by changing flight from crosswind to inline (tether 90 deg or 0 deg relative to fuselage). All bounding plants must somehow find a way to dramatically change the lift in the kite. So personally i find striking similarities, though of course they are not literally doing the same thing.

Tethered is kind of given in AWE, but I think also that one I tried to steer away from. You have rigid shafts, carousel and what not no make things slippery to define…

I am hoping the kind of awkward wording will grow on people over time. Thats why I am using them so much. My secret masterplan to take over the dictionary. Well see where it ends…

Thanks for the feedback!

Please be sure to contribute your Taxonomy to the IEA Wind task for AWE. AWEurope can process the inclusion, as Operating Agent.

There are a dozen or so historical and current taxonomies coming together into an ensemble model. Yours deserves to be included.

Taxonomy is different from meronomy, which deals with the categorisation of parts of a whole.

One question is whether “hovering” could be a taxonomy term at the same level as “bounding”, assuming a common sense of taxonomy for both terms.

One question is whether “hovering” could be a taxonomy term at the same level as “bounding”, assuming a common sense of taxonomy for both terms.

I am thinking that hovering and bounding would be the two classes in the same category. The name of the category, though not necessary, could be eg «principle of wind energy harvesting»… I dont think I understand the question…

Maybe just leave the «taxonomy» word behind and just call is categorization. Or maybe something else. Because I dont know deeply what taxonomy actually means

That said “hovering” term could also be used in a similarly metaphoric sense (Hover fly) as “bounding” term (bounding flight of birds), thus joining the (initial?) sense of Taxonomy (biology).

Just to be clear, I was not envisioning a tree taxonomy. I was envisioning rather a scheme with three distinct ways of classifying AWE designs:

This would encompass most designs in a single system and allow some generalization like: «I dont think soft kite designs will have the required longevity for commercial electricity production». [Note that was just an example statement, I am not of that opinion myself specifically]. Or; «This observation should be relevant for all rotary kite systems».

Hovering or bounding is such a core divider in AWE that it should be elevated from other binary traits, in my opinion. To be honest, I think it’s the only classification that makes a lot of sense, the rest are more nice to have.

In your pdf, “bounding” refers to a biologic sense. And “taxonomy” is often used as a biologic classification.

That refers to a classification, not “taxonomy” (in biologic sense) as such.
I think there is an ambiguity between 1 and (2 and 3). That’s why I think the whole thing could fit into a “classification” rather than “taxonomy”.

Faster than the wind downwind exists, driving into wind exists too. Yeah initiating the crosswind element of the necessary flight requires an energy input but…

Oh now another use of bound… Boundary layer - of course. I guess I didn’t think about that one because it’s so windy at ground level here.

Oh now another use of bound… Boundary layer - of course. I guess I didn’t think about that one because it’s so windy at ground level here.

noooooooo………. please dont…. you just ruined the word!!! now there will be confusion 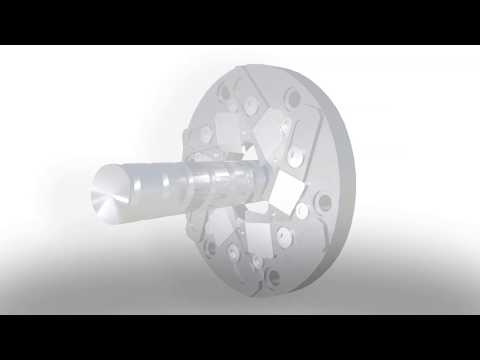 Rotating is too precise to cover all variations. Eg a Makani flying figure of eight

Also the question is; are we describing the energy transmission or the functioning of the design overall? Or blade flying path? Or device composition?

Originally I settled for energy transfer as the most finalized way of separating designs. There are only so many ways

Made an updated version of the document. Gone are all the binary categories… this is just an open ended thing, and I don’t feel it makes sense to go there on this occasion.

Edit: This version has been superceeded

This “topic” is enough to put me to sleep.
What’s the point?
Zzzzz…

To progress past lift and drag mode as terms relevant to AWE mainly. I will provide the summary for you, in case you feel compelled to read that

We introduce a classification scheme for an emerging field of airborne wind energy where established convention is causing a lot of confusion. The wording is chosen carefully to avoid confusion and taken from resembling behavior seen bird flight. The main category is that of either «hovering» or «bounding» mode. Furthermore energy transfer is split into four distinct methods; pulling, energy conversion, rotary shaft or reeling.