Any ideas on how to change the length of an endless rope drive during flight?

Why exactly would you want to change tether length during operations anyway?

I mentioned that as an alternative to Tallak’s idea. Your idea would help I hope in keeping the tension more constant and in being able to choose different heights.

I would still like to find a way to automatically change the tether length from very short to fully extended. If I have that, automatic launch and landing might become possible. On that, I’m thinking increasing the wrappings around the pulley on the ground might work. If that doesn’t work, I was considering something like locking the ground station pulley and winding the loop on a secondary drum, but then production stops the moment the ground station pulley is locked.

For me, these questions are still far into the future.

KiteLab Ilwaco successfully tested Heddle Pulleys as the traditional mechanical basis to alter length of working lines, including loops. Heddling can be done on the ground with spread anchors and vehicles, or in the air with kites and drogues. This is great for control inputs, not just altitude adjustment or retraction.

2 Likes
On the importance of writing clearly - off-topic discussion split from "The no Market Hypothesis" topic
Windy_Skies January 2, 2019, 11:58am #23 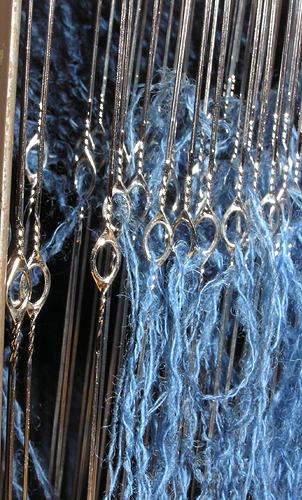 I was looking for similar. Is this the term used in kiting or engineering and do you know where to buy low friction ones for use in kiting or similar? The Wikipedia page doesn’t list uses outside of a loom.

Heddle is the term of art in AWE for the same rigging principle in Looms and Sailing (see “lazy-jack”). As for the friction of a simple eye v. a pulley, it varies from case to case, and is low enough many purposes, like simple Fairleads.

How about 2 parallel rows of pulleys which are moved closer or further apart. The drive cable (low tension side) passes around the pulleys and will shorten or lengthen based on the distance between the parallel rows.

You mean like a single shoelace lacing a shoe with you pushing the eyelets further apart to get your foot into the shoe?

I like the idea but maybe there are other ways of doing it that give you more travel with less pulleys. Maybe different (3d) geometrical shapes. Or more pulleys on a single axis if that might reduce friction.

Move the generator along ground, with a fixed pulley at a second coordinate at ground level?

Move the generator along ground, with a fixed pulley at a second coordinate at ground level?

That sounds like a very easy thing to do, if you have the space to do it. And I can’t think of another way you could vary the length of the (airborne part of the) loop as much. Only thing is you’d have to think about what to do about the tether dragging over the ground once there is some distance between the pulley and the generator.

You could add extra idler pulleys to keep the tether from the ground, you could build an unreasonably high tower for the pulley, or you could, instead of putting the pulley at ground level, attach it to the end of a tether – that you can wind in and out – so you can have the pulley suspended at a height of your choice, for example. If you go with the last idea you could also use the pull on the pulley tether, or the lack thereof, as a signal to do something, if you for some reason didn’t put an anemometer somewhere else.

Edit: This doesn’t seem like a solution you could use for launch and landing as then your generator would be far from the pulley, and the pulley would be close to the ground, causing the tether to drag over the ground.

That’s how ampyx is doing it: 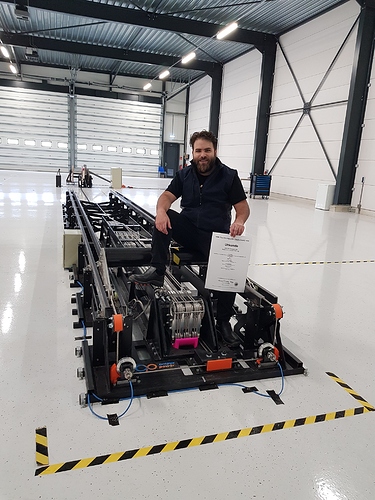 After an application process of 3 years the Patent and Trademark office issued the official certificate and published the patent for our method for landing a tethered aircraft as well as a take-off and landing system. https://t.co/IH15o0Rx3x #aviation #drones #invention
1 Like
dougselsam May 14, 2020, 3:52am #30

You mean like a single shoelace lacing a shoe with you pushing the eyelets further apart to get your foot into the shoe?

How about building a giant shoe with pulleys and let an old lady live in it and power it with the AWE device so she doesn’t burn it down using candles?