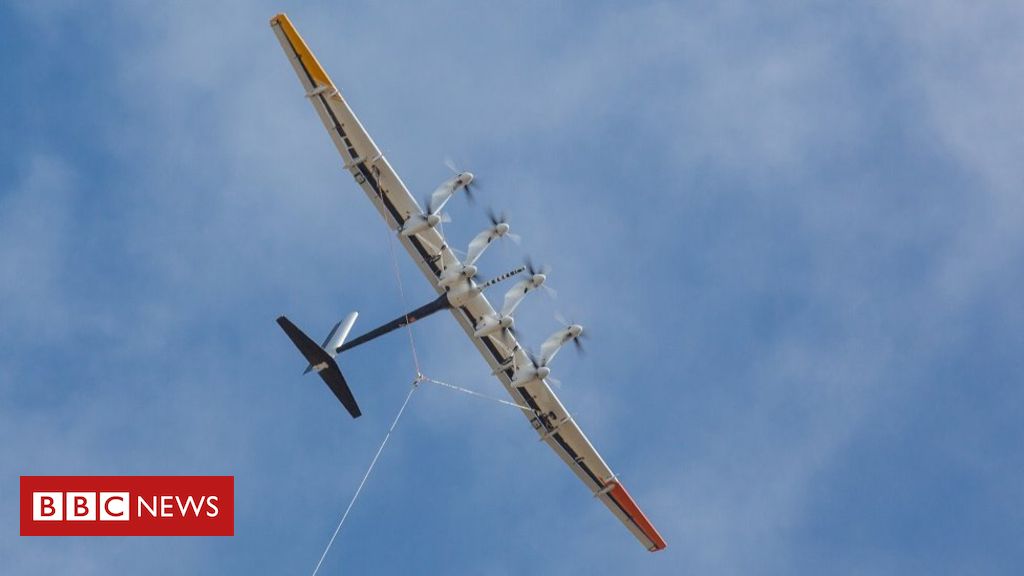 Could high-flying drones power your home one day?

How kites and drones could generate electricity to supplement conventional wind turbines. 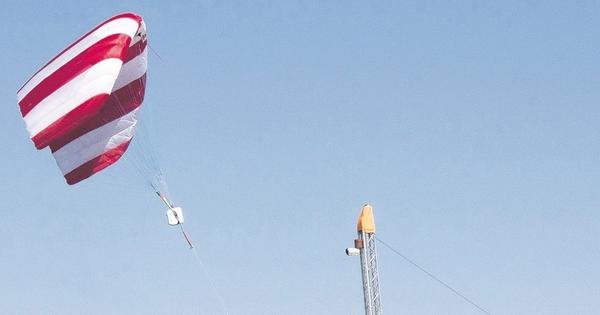 Debunking this article:
“will it always remain a niche solution?”
Answer: It is not even a niche solution now
“But that means huge, expensive towers.”
Answer: Towers are a small fraction of total windfarm costs
https://hub.globalccsinstitute.com/publications/renewable-power-generation-costs-2012-overview/41-wind-power-capital-costs
So hi-tech drones and kites are now becoming accepted, lower-cost supplements,
Answer: They are not supplements. They are experiments and stunts. Seldom even flown.
“Airborne wind energy is a minimalistic version of a turbine, incorporating only the necessary elements: a blade and a tether measuring a few centimetres in diameter,” he explains.
Answer: No it requires generators, gearboxes, foundation, cabling, inverters, access roads, substations… - all the same stuff real wind turbines need.
https://hub.globalccsinstitute.com/publications/renewable-power-generation-costs-2012-overview/41-wind-power-capital-costs
“These systems require between 1% and 10% of the materials used to construct a turbine and can also be grounded if required, for example to ease the passage of migrating birds.”
Answer: 1% is pipe-dream, as the total amount of material would not be much less than for a regular windfarm since much of the material includes roads, cables, gearboxes, substations, foundations, etc.
Makani began testing its current prototype, which is designed to produce up to 600 kilowatts of electricity - enough to power about 300 homes - in 2015.
Yeah 2015 - they have been milking the same story for 12 years. Hello? What year is this? What planet am I on for God’s sake?
And in partnership with energy giant Shell, it is about to trial a new offshore system mounted on floating buoys.
Answer: Yawn. Because they did not buy my patent for that foundation in U.S. Waters.
12 years of stagnation on land, and now they will be successful in North Sea waves and freezing saltwater? They are doing this because the can get an ARPA-E grant for it - undoubtedly already decided to be granted ahead of the fact, since government-funding decision-makers are most impressed with companies that don’t need the money. Don’t expect much, in my opinion. Just like they are still not “powering Hawaii” yet. Yeah that old story. Give me a break. That thing is one crash away from the scrapyard which is why they almost never fly it.

“We plan to mount Makani’s kite on a small spar buoy moored with a synthetic line and gravity anchor,” says the firm’s chief executive, Fort Felker.
Yes, the floating foundation first invented by me. U.S. Patent 6616402
“In the mid-term, I can see our technology being used for remote off-grid systems, such as mining operations and disaster relief projects,” he says.
I can’t take it anymore! These people are sooooo stupid. Disaster relief!?!?!?!?! What makes them think a disaster needs their piece of junk that can’t even work in a specially-constructed environment just for them? Imagine people dying all around while you wait for the wind to come so you can do surgeries. Silly. Bring a diesel generators to your disaster. Mining? A very power-hungry situation that is unlikely to want to wait for wind for the next shift to go to work. God this just gets so stupid after a while. If you don;t have a solution, just admit it.
Other onshore high-altitude wind players include Altaeros Energies, a Massachusetts-based technology company that attracted investment from Mitsubishi Heavy Industries in 2015.
After which they winked out of existence. Only know-nothings are still talking about them. OMG why not include Magenn?!?!?!?

Its Buoyant Airborne Turbine involves a helium-filled shell that lifts a wind turbine to 600m above ground, and aims to supply power, telecommunication, and other services to the billions of people around the world who live without reliable electricity and internet access.
and expects them to be used in parallel with traditional wind turbine towers “for a long time yet”.
*Answer: Typical sequence:

Darn I forgot to add: Regular wind turbines are already routinely shut down for migrating birds. Probably faster than an airborne wind energy system could be landed. Not an advantage over existing turbines

600 kW of wind power is enough to power only 60 homes. You need a 10 kW turbine to power a home. Just ask me: we have one and it almost exactly zeroes out our bill. We are in a very strong wind resource: The Cajon Pass.

Well there is many points discussed by Doug I am pretty OK with.
The scheme That follow awes venture. In France, we have had something similar with a buoyant airborne solar project. Zéphyr solar. https://eonef.com
A complete crackpot. Now they want to do wifi! They even ask on their website if people have ideas how to use their stuff.
I also agree on the emergency thing.
Nonsense

Doug seems unaware that AWE is already a true “niche solution” in the form of 5% transport aviation fuel savings, by intelligently utilizing tailwinds, and in thriving kite and soaring sports displacing fuel-based pastimes. While the BBC article does not cite such facts as well as an AWE expert might, it is a fairly balanced view. The reporter properly notes specific problem areas of unit-scaling of specific E-VTOL and LTA AWES architectures, while still understanding what a fantastic resource upper wind is. Crackpot claims are not a vital concern for focused developers.

Found that funny as well.

“These systems require between 1% and 10% of the materials used to construct a turbine and can also be grounded if required, for example to ease the passage of migrating birds.”

Good points you present, @dougselsam. While material can be saved, 1%-10% is an exaggeration.

12 years of stagnation on land, and now they will be successful in North Sea waves and freezing saltwater?

Awes are uniquely suited to offshore plants. It’s the logical next step. But yes, they should have one in constant operation on land before going there.

“We plan to mount Makani’s kite on a small spar buoy moored with a synthetic line and gravity anchor,” says the firm’s chief executive, Fort Felker.
Yes, the floating foundation first invented by me. U.S. Patent 6616402

Can’t see a buoy in your patent, but Makani do have a granted patent on that buoy:
https://patents.google.com/patent/US9308975B2/en

“In the mid-term, I can see our technology being used for remote off-grid systems, such as mining operations and disaster relief projects,”

Other onshore high-altitude wind players include Altaeros Energies, a Massachusetts-based technology company that attracted investment from Mitsubishi Heavy Industries in 2015. […] Only know-nothings are still talking about them.

Absolutely. Tried to get that info to the author via twitter to no avail.

Still like the article though. Think it does more good than harm. Don’t think it got much attention.

5 posts were split to a new topic: Buoy Patents

Takeaways from the VDI article:
Skysails Power GmbH wants to start operating a 100kW system next year.
Kitepower B.V. tether is 14mm thick, made of Dyneema and transmits a force of 5t.
Martin Lohss (SkyPower-100-Project) predicts an actual cost of 2-4Ct/kWh in a few years.

2-4 cts /kwh! I am a bit skeptical. Biggest wind turbine comes at around 56 cts / kwh for the most advanced ones. That is 20 times cheaper. Hard to believe. Think they shall have another value proposition

Debunking a little the debunking:

Answer: No it requires generators, gearboxes

Foundations are far lesser thanks to no lever effect, all the forces being aligned.

It can be easier with wings compared to huge blades and towers.

Luke: “Awes are uniquely suited to offshore plants. It’s the logical next step.”

Offshore is an extremely hostile and expensive operational environment. AWES affordability and reliability offshore begins far lower than land-based operations, which are not yet cheap or reliable enough either.

The author published a second article on the topic: 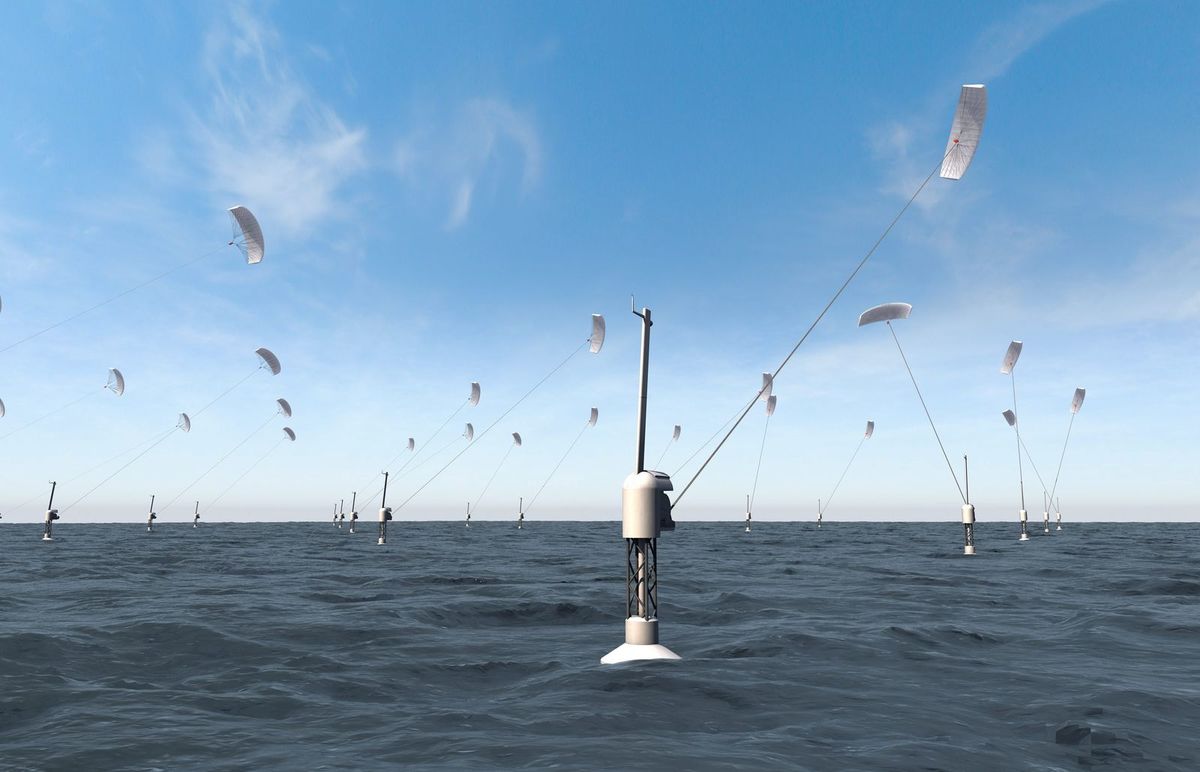