Systems with blade tip turbines can be considered a form of crosswind flight because the blade tip velocity is much greater than the wind velocity. We can capitalize on this phenomenon by using a turbine suspended below a lifter kite as suggested by Pierre.

Pierre’s blade tip turbines.pages (165.2 KB)
I would like to suggest the following improvements.

To remember I attach a photo of this before the suggested improvements. See also Towards a viable AWES (the qualifier “viable” is suggestive, being only my opinion). 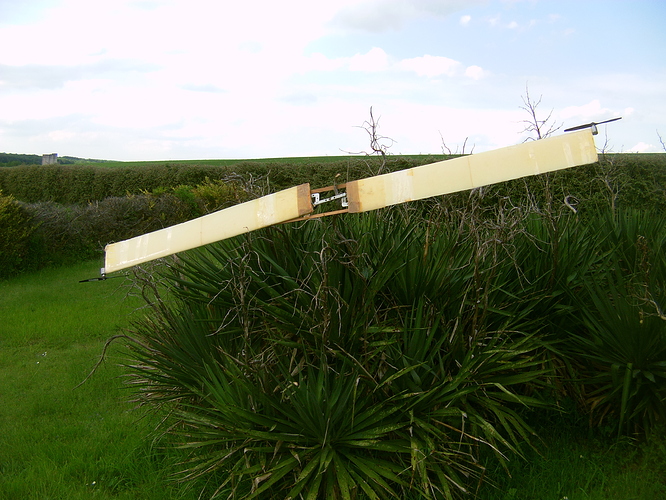 A powerful and effective flygen variant is a single looping-foil with tip-turbine, that loops around the main line of its pilot-lifter. This may be the best flygen AWES concept known.

Any results from tests @PierreB?

Hi @Rodread, honestly I have not yet developed this concept of a tip turbines rotor suspended by a lifting kite. I should implement more appropriated turbines with something to measure the power (lighting, or battery with limiter, or an electric cable with ground connection). Takeoff and landing can be a not trivial task: it could work like a drone (Bladetips Energy), carrying the lifting kite which deploys when the time comes.