First-ever paper on social perception of AWE available as preprint

The paper was submitted for peer-review to a special issue of the open access journal Energies and is now available as a preprint. Comments are welcome and will be used during the revision.

Airborne wind energy (AWE) systems use tethered flying devices to harvest higher-altitude winds to produce electricity. For a successful deployment of these systems, it is crucial to understand how the public perceives them. If public concerns about...

A post was merged into an existing topic: Slow Chat

AWE systems are still in the development phase, with only a few systems in
operation with launching customers.

Testing of these prototypes and theoretical
conceptualizations suggest that the emerging technology could have multiple benefits
over conventional wind turbines.

Conventional wind turbines can also pose risks to the public (e.g., ice throw resulting
from ice build-up on the moving blades, and on rare occasions, blade throw, tower topple,
or fire) [61]. However, these safety risks do not seem to influence public responses to wind
turbines, or at least it is not discussed in the wind energy literature.

For wind turbines, research has found that visual impacts and changes to the
landscape strongly correlate with lower support for proposed projects and negative
attitudes towards existing wind developments [23]. The effect of visual impacts on
attitudes often depends on how disturbed people are by the wind turbines, resulting in a
stronger correlation between visual impacts and negative attitudes when annoyance
levels are higher. Given the research on wind turbines, it is essential to investigate how
the public perceives the visibility of AWE and how that influences their attitudes and
responses to the technology. Just because the AWE field judges the visibility of AWE as
low, it does not mean that the public experiences low visual impacts.

Conventional wind turbines can also pose risks to the public (e.g., ice throw resulting
from ice build-up on the moving blades, and on rare occasions, blade throw, tower topple,
or fire) [61]. However, these safety risks do not seem to influence public responses to wind
turbines, or at least it is not discussed in the wind energy literature. The public might see
the safety of AWE more critically because, in contrast to wind turbines, there is a lack of
research on the risks of continuous, long-term operation of AWE systems as they have not
been operated over extended periods yet. Moreover, a flying system might seem more
hazardous than an entirely ground-based energy system.

In 4. Conclusions and Recommendations

Airborne wind energy (AWE) is an emerging renewable energy technology that
harvests higher-altitude winds (300-600m above the ground) with automatically
controlled kites. Like other renewables, AWE will interact with people and nature.

My feeling is that AWE field is sometimes integrated into renewable energies including conventional wind turbines, in spite of the fact that wind turbines are widely used, unlike AWES, what you mention by indicating the development phase of this technology. Nevertheless, there is still a few ambiguities I quoted and which it would be possible to escape by modifying the preprint plan.

So (for me) it appears that sections 1, 2 and 3 (so almost all the preprint) could form a first theoretical part. A second experimental part would be suitable and would relate several tests of several architectures (rigid and flexible kite, pumping mode, flygen, rotary devices, networked multi-anchored installations…); the different (small devices, utility-scale) market aims; then public responses by surveys after seeing the AWES in operation. Now relating Kitewinder tests and public responses seems to be a first possibility.

Thank you for your reply. I am not sure I understand your comments fully, but I will try to answer to them.

In the literature review, we compare potential social impacts of AWE to social impacts of wind turbines because of all the available energy technologies, wind turbines are the most similar to AWE. There is already a lot of research on how wind turbines are perceived by people, therefore we draw this comparison. Of course, we do not know yet if people have the same responses/concerns about AWE systems as they have about wind turbines, but using related findings on wind turbines will help us to develop scientifically valid methods to measure public responses to AWE. In the social sciences, it is a common practice to draw upon research from related fields when there is no research yet on one’s own topic.

This literature review was written in the context of my 4-year PhD research on public perceptions of and responses to AWE. The goal of the literature review is to provide a theoretical foundation for later empirical work. In future studies, I will collect empirical data on people’s perception of AWE through surveys and interviews. For example, I will administer questionnaires to people that live close to test sites and have seen AWE systems in operation. So as you have recognized yourself, the next step for me is to actually measure what people think of AWE.

I hope this makes it clearer.

Welcome to the forum @HSchmidt ,

In the social sciences, it is a common practice to draw upon research from related fields when there is no research yet on one’s own topic.

Yes, but at the very least, it is difficult to put on the same level a mature technology like conventional wind turbines and AWE systems in “development phase”. Public responses can only be biased.

The goal of the literature review is to provide a theoretical foundation for later empirical work. In future studies, I will collect empirical data on people’s perception of AWE through surveys and interviews. For example, I will administer questionnaires to people that live close to test sites and have seen AWE systems in operation. So as you have recognized yourself, the next step for me is to actually measure what people think of AWE.

A theoretical foundation for public perceptions and responses to AWE can be relevant only if AWE exists as a visible technology, if not a proven technology. So the “later empirical work” should be a priority, or failing that, be carried out in conjunction with the theoretical work as I suggested by introducing two parts.

Wishing you a successful study.

A theoretical foundation for public perceptions and responses to AWE can be relevant only if AWE exists as a visible technology, if not a proven technology.

I think Pierre meant “viable” rather than “visible” (The “a” key is adjacent to the “s” key). Beyond that, to me, the most relevant social science response to AWE would be focused on what real wind energy people see as mental illness. Now I realize, that sounds extreme, especially in an AWE group. But we in wind energy suffer from one after another “press-release-breakthrough” that do not meet any minimum standard to be taken seriously as valid wind energy efforts, yet the promoters can raise, then waste, millions of dollars for stuff that really has no chance of success. If you saw a guy walking down a freeway with a wheelbarrow, claiming he had the next breakthrough in transportation, you would immediately know he was not right in the head. That is because we are all used to transportation, and so we can all easily recognize the absurdity of such an approach - it just makes no sense. But in wind energy, the wind is invisible, so anybody can make up a story of how something “will” work, and the average person, including scientists, let alone social scientists, would be hard-pressed to analyze whether the “innovator” has lost touch with reality… Even scientists cannot agree on how “lift” is actually produced, as you can read in a recent article in Scientific American magazine explaining the lack of consensus of how wings produce lift: 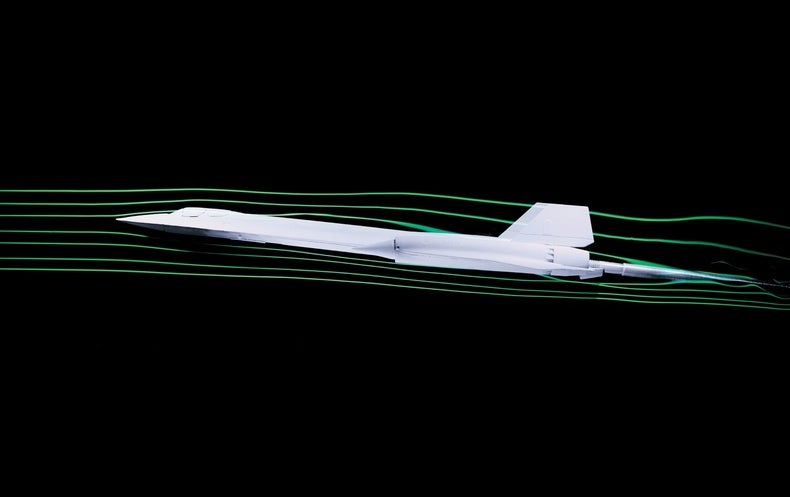 No One Can Explain Why Planes Stay in the Air

Do recent explanations solve the mysteries of aerodynamic lift?

(After building hundreds of wind turbines including hundreds of blades, I think I do have the real explanation by the way).
But anyway, if any social scientist had been tuned into the past 13 years or so of the current hype-cycle over AWE, they would know that the most publicized AWE schemes have often been the most ridiculous, having no more chance of success than a guy walking down the freeway with a wheelbarrow, loudly talking to himself while pretending to have the next transportation breakthrough in his hands. Example 1: Magenn. Seemed like a great idea to people with no background in aerodynamics or engineering. I mean, sure, a blimp with flaps to make it rotate and produce electricity! Why not? What’s the problem? So investors threw millions of dollars at it. Wasted money - all gone with nothing gained. I’ve been saying the whole time you;re looking at “the bloopers” similar to the series of black-and-white movies of early attempts at airplanes, where they always show that contraption with a stack of wings that collapse on camera, the vertically-pumping-and-pulsating cone-shaped umbrella/parasol that maybe a kid in elementary school could think up, etc., all accompanied by the sound of a squeeze-bulb bicycle horn. Meanwhile, experienced wind energy people took one look at “Magenn” and immediately recognized the least-efficient category of wind turbine (Savonius) made more expensive by the requirement for helium, knowing it could never make enough power to pay for itself. It took less than 5 seconds for real wind energy people to debunk Magenn, yet it served as “the poster-child” of AWE for years, appearing on countless magazine covers and websites. The discussions of it seemed to make sense - to people unfamiliar with wind energy technology, which is almost everyone, but in reality, it made no more sense, and was just as insane, as that hypothetical guy walking down the freeway with his wheelbarrow. So, really, if you want my opinion (which few people do) if you are looking at an angle for the social sciences to interact with AWE, you might focus on how people can be fooled into following people and ideas that would be diagnosed as 100% insane if judged by people intimately familiar with the true subject matter at hand. By the way, the airplane shown at the beginning of the article looks to be supersonic and there is no mystery as to how lift is produced by a supersonic airplane. It is the subsonic production of lift that still begs for an explanation everyone can agree on. Oh well, wind (air) is invisible, so, you get what you get. The first electricity-producing wind turbine was designed and built by a man named Brush. It then powered his home. Early utility-scale wind turbines were built by the proverbial “farmer with a welder” in Denmark, and for years windfarm turbines followed what was then called “The Danish Concept”. SImple. No crazy guy walking down the freeway, not thousands of magazine articles, no billions of dollars wasted, just build one and run it. Contrast that with today, where the world has turned into billions of obese people walking around looking at their “smart” phones. Today, nobody knows how to actually DO anything. They just think some “app” or “rendering” or “3-D printing” machine is going to save them from not even knowing how to fix their own car, let alone understand and improve on wind energy.

I think Pierre meant “viable” rather than “visible”

“Visible”: let’s not be too demanding! For the public, seeing AWES with their own eyes is a first step in being able to formulate initial answers.

“Visible”: let’s not be too demanding! For the public, seeing AWES with their own eyes is a first step in being able to formulate initial answers.

Hi Pierre: Sorry I was assuming… ( I’m always hitting wrong keys) Anyway, Magenn was “visible”. And from what I remember, everyone loved it. Quiet, cute, soft, and cuddly. What else do we need? It was the solution to global warming, after all. Must have worked. Case closed - our work is finished!