Well folks, I must admit I’m a bit confused by this article:

Kongsberg Maritime has signed a memorandum of understanding (MoU) with Norsepower, a manufacturer of auxiliary wind propulsion systems

I was under the impression that this rotating-cylinder-sail concept had been shown to use more power than it produced in previous trials. We’ve covered the topic here quite a bit. The article does not mention the previous failures, but instead claims the system is a new idea, implying it is somehow proven, yet never before used. If it has never been used, how do they know it is effective? Did they check the previous attempts? The article does not mention such basic factors - welcome to the world of “press-release breakthroughs”. All presented as definite, yet only in a future-tense, of course. Well, at least they show a picture, and while not mentioning the basic fact that power is required to spin the rotors, let alone that the amount of power required to spin the rotors has so far amounted to more power than the rotating sails provide in return, the article implies this is all good, well-thought-out, and going to (in the future of course) save fuel…
Is this more delusion-on-steroids, or is the story accurate but just missing all the key points of relevance and significance to people like us who know it’s been tried before (and failed), and would like to know the details?

OK well, here’s the article that lead me to the flettner sail article: 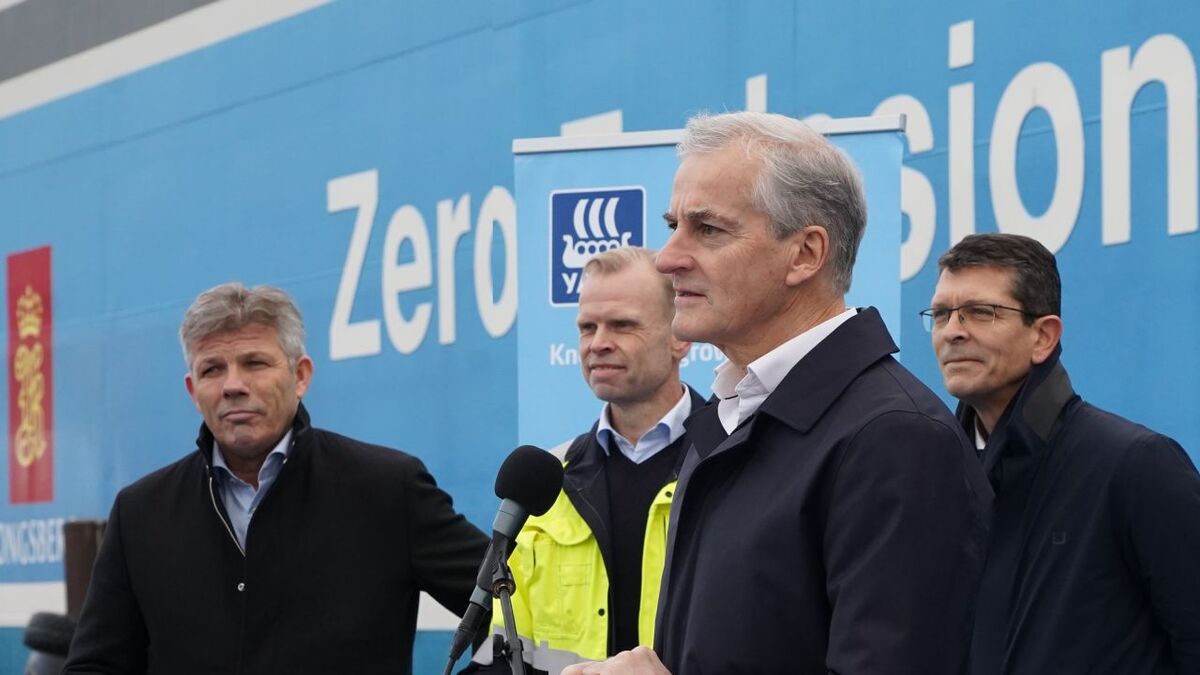 " The Yara Birkeland will transport mineral fertiliser between Porsgrunn and Brevik and will contribute to significant emission cuts during transport. This an excellent example of green transition in practice, and we hope this ship will be the start of a new type of emission-free container ships. There are a lot of places in the world with congested roads that will benefit from a high-tech solution like this,” said Mr Holsether."

Now I note they are using the term “green”, whereas I would correct that to “clean” since if you want “green”, then, according to NASA satellite data, producing CO2 is what has been greening the Earth for the past several decades.

Anyway, I was hoping for a picture of the ship, but am also a bit confused by the idea that a lot of trucks are being replaced by a ship in the first place. That, to me, is way more significant than exactly how the ship is powered, which they really do not say.

And then they get into promoting ammonia as fuel. As far as I know, the concept is a workaround to address the unworkable nonfunctionality of “hydrogen as energy storage”. The idea is, the energy density of hydrogen is so abysmally low that it is not even worth compressing to store it, because as “the gas laws” tell us, compressing any gas takes the same amount of energy per molecule, no matter how much energy each molecule contains, and with hydrogen having only two hydrogen atoms and no carbon atoms, it takes about half the energy it contains just to compress it into a small enough pressure tank to leave room for cargo. So instead of moving on, they are using a nitrogen atom to hold one more hydrogen atom, and the NH3 (ammonia) then holds (whoopee-doo) a paltry 50% more hydrogen than H2 alone. Then they can supposedly convert the ammonia back to hydrogen. Or just burn the ammonia! Known downsides include the extremely low energy density, difficulty igniting ammonia, production of unwanted combustion byproducts including various oxides of nitrogen which are very strong greenhouse gases, plus the extreme toxicity of ammonia gas - it will burn you and you can die from a leak. Anyone who has driven a natural gas powered vehicle is familiar with the very low power it delivers in an internal combustion engine. Ammonia is way worse - it does not want to burn. It really only works when mixed with hydrocarbon fuels, but then you have two fuels, 2 fuel systems, and all the hazards of a compressed tank of deadly ammonia gas onboard. What could possibly go wrong? Everything? I really think people are losing their minds. Facts just don’t matter anymore. There seems to be no limit to the absurdities at this point. Of course both of these news stories are set in the near future. As with AWE, it always seems to be “next year”, but somehow, “next year” never arrives - it is always “this year” no matter how many stories people can cook up about "next year, when it arrives, “next year” remains “this year”.

I was not aware of ammonia, this is the first I learn of it besides the generic statements about using it as fuel. Thanks for todays «TIL» session.

The Yara Birkeland is a fully electric vessel that will transport «stuff» from a factory to another place. I dont know more details. But its an autonomous fully electric vessel, so thats interesting. It does not have flettner rotors or gas propulsion. The range is pretty short. But I believe there is not much wrong about this project from an environmental point of view. And the Norwegian government spent $15 mill to build it, so it better be good. Maybe its more a sign of the real costs of cutting CO2 emissions than anything else. 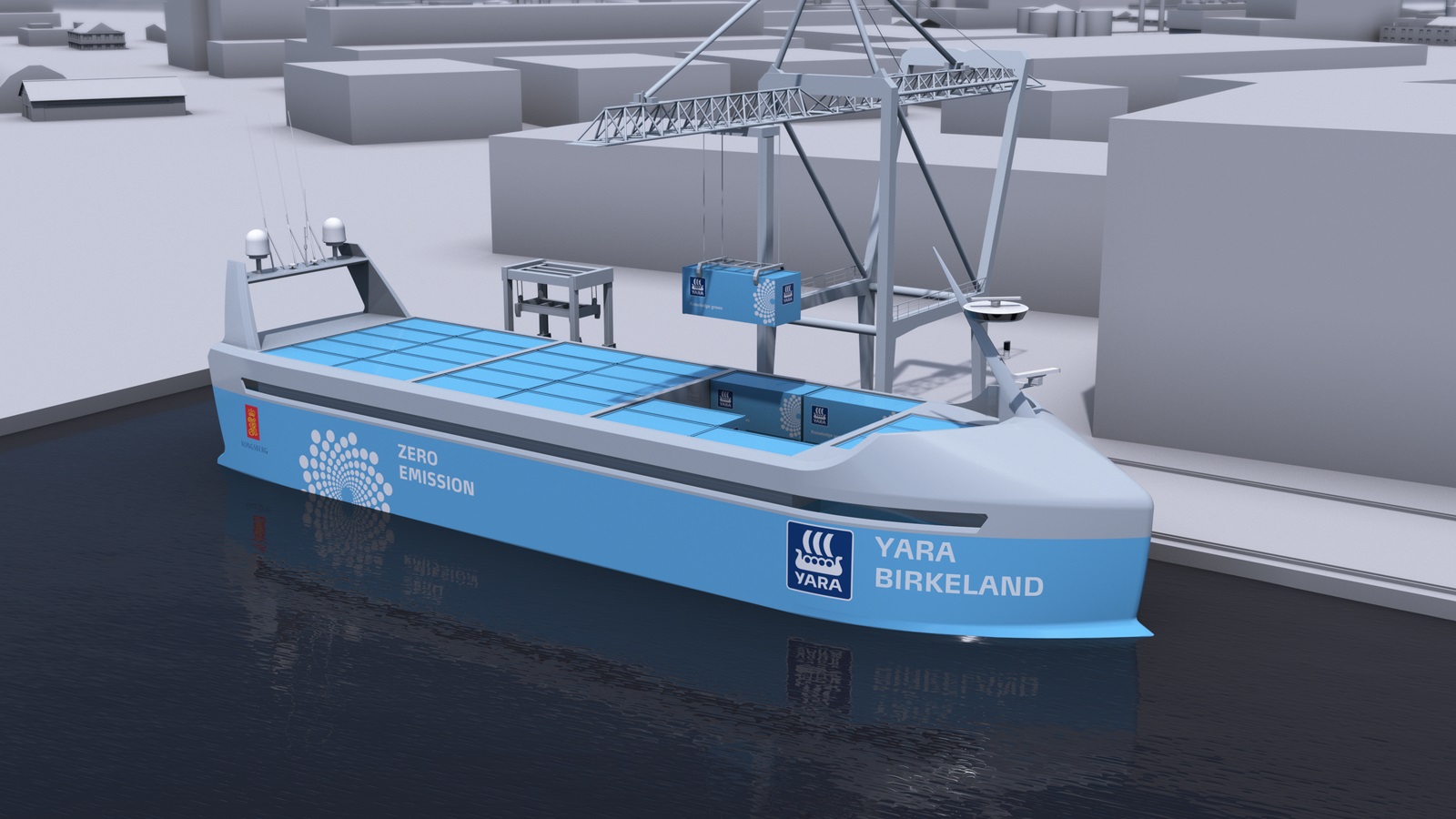 Yara Birkeland will be the world’s first fully electric and autonomous container ship, with zero emissions. With this vessel, Yara will reduce diesel-po...

If you can already say that H2 and NH3 are not viable solutions for shipping, maybe you should get busy building wind based propulsion for ships, because it seems to me there are not many options left. I am pretty sure emissions will have to be cut at one point, leaving only wind and synthetic fuel and nuclear as options for propulsion. So that means drastically more expensive shipping and then probably distributing the worlds production of goods more evenly around the globe.

Anyways you seem well positioned to influence the «wind propulsion» part of the equation. I dont think the LCOE for this kind of power need to be very low, in a future without fossile fuels in shipping

If you can already say that H2 and NH3 are not viable solutions for shipping, maybe you should get busy building wind based propulsion for ships,

So you’re saying that all the previous articles and papers claiming working breakthroughs for wind-powering ships, such as skysails etc. are wrong, I guess. That we’ve been reading fiction rather than fact. Good that somebody noticed. Back to fantasy vs reality. Which are we really interested in here?