I am calling Omnidea «not crosswind» because though the vertical motion is crosswind, the kite has limited L/D and thus will fly a bit into the wind.

Indeed crosswind power value could be neglected for Omnidea as the measured average tangential speed of only 6.55 m/s (50 rpm Magenn), leading to a low L/D ratio particularly with high wind speed.

We speak about pulling Magnus rotors working by yoyo method, so there is a downwind component whatever the configuration: non-crosswind, crosswind, vertical trajectory, figure-eight, loop, as for other power wings. Perhaps some trajectories could mitigate the yoyo downwind motion.

You also want the speedup of the crosswind motion to enable low weight harvesting of energy onboard for spinning the magnus wing.

We speak about pulling Magnus rotors working by yoyo method, so there is a downwind component whatever the configuration: non-crosswind, crosswind, vertical trajectory, figure-eight, loop, as for other power wings. Perhaps some trajectories could mitigate the yoyo downwind motion.

Crosswind is most effective in the middle of the power zone directly down wind. If you are at the edge of the wind window, it is not very effective.

I wonder if the Magnus effect is being used anywhere, for any purpose?

AWES is not yet massively used. Both have a chance. Using Magnus rotor in crosswind flight would allow a lower speed with the same efficiency. And for non-crosswind flight Magnus rotors could perhaps scale more, or at least be also used as separators.

AWES is not yet massively used.

Yes, but is it used at all? Newton described it in 1672 regarding tennis balls. German physicist Heinrich Gustav Magnus described the effect in 1852.
So the effect has been known for centuries. Where is it in use today?

Indeed the use is only experimental. The turbosail is derived from the Magnus rotor and could also is tested for AWES. An equivalent efficiency as crosswind flight with slow and little move would lead to a step. Please see also other experiments using a Magnus rotor below.

The turbosail is a marine propulsion system using a sail-like vertical surface and a powered boundary layer control system to improve lift across a wide angle of attack. This allows the sail to power the boat in any direction simply by moving a single flap at the back of the sail, unlike conventional sails which have to be continually adjusted to react to changes in the relative wind. The turbosail was first developed in a large scale application by Jacques-Yves Cousteau who commissioned the Alc...

Yes but we already know of Magnus effect experimentation.
The question is, after hundreds of years, including experiments with ships, airplanes, wind turbine blades, etc., is it actually being used anywhere, for any purpose?

When I read about the magnus effect, apparently the Flettner rotor was in a position to take over for sailboats, but the propeller engine took over approximately at the same time.

So I recon at least magnus was very close to going mainstream at this point.

A thing about AWE is that one thing we want to have is maximum power for a given kite size, while aircraft are more concerned with L/D. So the wings that were evolved as optimum for aircraft may not be optimal for AWE.

Anything with C_L > 3 will peek my interest… 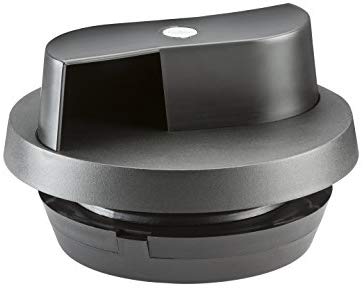 It is rather a Savonius rotor.

Seems like Flettner is a brand name in this case.

For over 80 years we have supplied our wind powered roof ventilators to vehicle manufacturers, converters and bodybuilders. Fit the best, Fit a Flettner!


Related? I asked the question from their website - let’s see if they answer.
How about some “future-news” of the past:
https://gcaptain.com/maersk-tanker-fitted-flettner-rotor-sails/
Here we go again: Maersk, Shell, Norway, blah blah blah…
Get it? “Norsepower” instead of “horsepower”? Get it? huh? huh? huh?
dougselsam August 15, 2019, 11:13pm #133

Anything with CL>3C_L > 3 will peek my interest…

The word is spelled “pique”

Did he say “The Selsam Maelstrom”?
Man, that looks like a lot of power going down the drain.
Reminds me of the Niagara River right before the falls…
Don’t fall in!

I’m about done with this format. Spent the time to write to the Flettner Ventilator Company to respond to Pierre but was not allowed to “reply” after 3 replies. By a machine. I find the floormat-format of this forum to be too cumbersome for easy use.
Such a fixation on “categories” that it’s nearly impossible to even find a thread from the day before. Also as we know, endless talk takes a lot of time, without necessarily producing anything. Well here is the response from Flettner Ventilator:
Hello Doug,

Thank you for your email.

The Magnus effect is part of the technique used.

I hope this information helpds?
Please visit www.flettner.co.uk for more information on our company and its history.

Thats hardly a Magnus effect in use there? Im just seing a VAWT driving a fan?

…bringing the number back to zero…

From theory and also some experiments I made, the Sharp rotor is probably better for AWE at least for high winds.

Yeah, that’s what I was thinking: Sharp rotor, although the sausage shape is easier to build and maybe lighter. I just wonder if either is better than an airfoil. Anyway, just goes to show how few ideas are ever even tried.

I can be partially wrong.

To be fair, one could probably make an inflatable sharp rotor as well, it would just have some more complexity to the build

Anytime you deviate from a sphere or cylinder (round shape), with regard to inflated, lighter-than-air structures, you reduce the contained volume (buoyant lift) while increasing the material (mass) required for the envelope. This was a big red flag for one of the most highly-publicized AWE projects ever, still featured in new articles about AWE (shows how much the authors understand), what was it called again? MIT? Donut? You know,