The Self Launching Lifter Kite

We are kicking off 2023 with an innovative idea for a lifter kite. Many designs include a lifter kite, but one issue is that they must be placed downwind of the ground attachment point in order to automate the launching and landing process. Windswept has attempted to solve this issue by using robots that can move around, but it is unclear if this solution has been implemented yet. Another option is Skypull, which uses a mast for launch and land.

There are several considerations when using a lifter kite, including the amount of land needed, the shortest tether that allows the lifter to fly effectively, and the strength and gustiness of the wind close to the ground.

Our idea involves using a drone, possibly a quadcopter, that is connected to a winch on the ground via a tether. The drone takes off and gains altitude, at which point the lifter cloth is deployed, opening up in the wind like a parachute. The drone then serves as a kite control unit, allowing the lifter to be deployed.

When it is time to land, the tricky part is reeling the lifter cloth back into the drone and then using the drone’s propellers to help it land while reeling in the tether. It may take some time to complete this process as the drone may fall during the cloth collection

Kicking off 2023 with a great idea

Many designs here include a lifter kite. This is fine, but lifter kites have the problem, if you want to automate launching and landing, that they must be placed downwind of the ground attachment point. Windswept did solve this on paper (I believe no inplementation is yet built, though not sure about that) by having robots that can move around. These also serve more purposes to be fair. We also have Skypull that implement a mast for launch and land.

There are some considerations

So, getting to the idea itself. And so far I will not attempt to describe an implementation, rather just how it could work in broad terms.

So first we have a drone, maybe a quad or similar. It is connected to a winch on the ground with a tether that will eventually be the tether of the lifter.

The drone takes off, then gains altitude (100s of meters assumed).

At this point the lifter cloth is deployed, opening up in the wind like a parachute. The drone is now working as a kite control unit [KCU]

Thus the lifter has been deployed.

When going for landing, the tricky part must happen. First the lifter cloth must be reeled back into the drone. Then, the drone props may be deployed and help the drone in landing while the tether is being reeled in.

It is fair that some time is used in this phase as the drone may fall during cloth collection.

I got a drone from Home Depot. Pretty easy to fly as long as there is no wind. 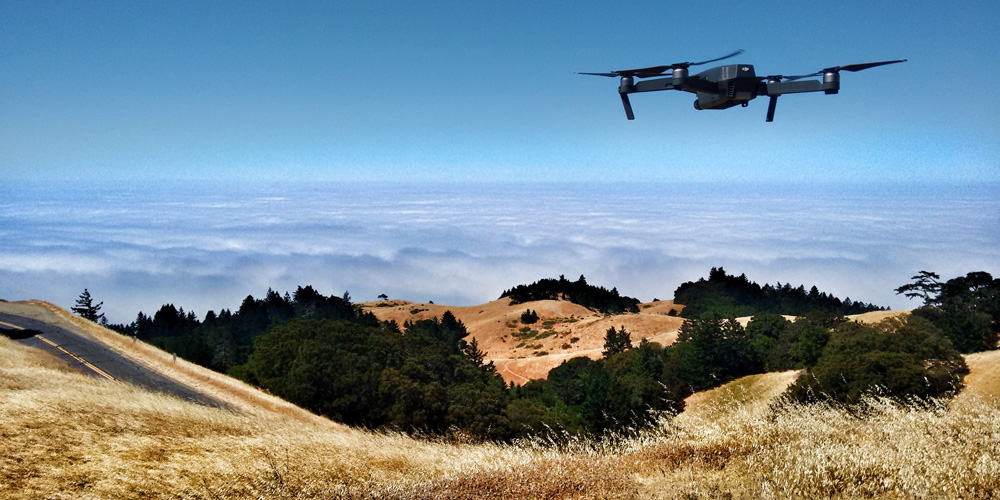 Drones are becoming increasingly easier to fly, no matter the skill level and experience of the pilots. Sure, some drones still require knowledgeable expertise behind the remote controller, but more and more of them can be operated by complete...

Drones already handle 15 m/s wind. But there are many ways this number could be improved. One thing would be using the tether, drifting downwind, or shaping the drone like a plane

The issue I think is rather with the concept «pilot kite» itself. Because the wing foil is stationary, controlling the force is hard