(Bloomberg) -- One of the world’s biggest developers of offshore wind farms thinks its massive turbines could be key to the production of hydrogen in a greener way and ultimately, stemming climate change.Over the past decade, offshore wind has pushed...

The “Hydrogen Revolution”, like AWE, is just one more technological “newborn baby”, alive and kicking. 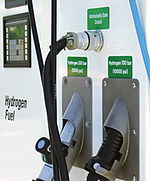 A hydrogen station is a storage or filling station for hydrogen, usually located along a road or hydrogen highway, or at home as part of the distributed generation resources concept. The stations are usually intended to power hydrogen vehicles, but can also be used to power small devices. Vehicles use hydrogen as fuel in one of several ways, including fuel cells and mixed fuels like HCNG. The hydrogen fuel dispensers dispense hydrogen gas by the kilogram. Hydrogen Filling Stations global map is ...

r/AskEngineers - Could cruise ships be converted or made to be 100% electric?

I don’t know. I’m just saying that many of the problems with hydrogen that are frequently cited suddenly go away when you’re dealing with shipping, namely infrastructure and distribution.

If hydrogen can work as a transport fuel, shipping would be the ideal application. Whether it can or not gets into technical minutiae that I’m not familiar with.

Fortunately AWE has nothing to do with whether Hydrogen really catches on. AWE can generate electricity, pump water, desalinate water, move earth, generate hydrogen, and so on.

In AWE, we recall Dave Lang (NASA, Boeing, ret.) whose 2009 NIST White Paper proposed generating H2 on ships by means of kites, which he first shared with the Old Forum.

@JoeFaust, the link to the pdf at http://www.energykitesystems.net/0/notices/2009may.html is dead.

The Veldhuis paper contains a lot of useful facts that would apply also to a wind-battery type of solution.

My “crazy idea” for solving cargo ship emissions might be in transit charging from mobile windmills.

After doing a few on the back of a napkin calculations, this is truly a difficult challenge to solve. But not impossible though… 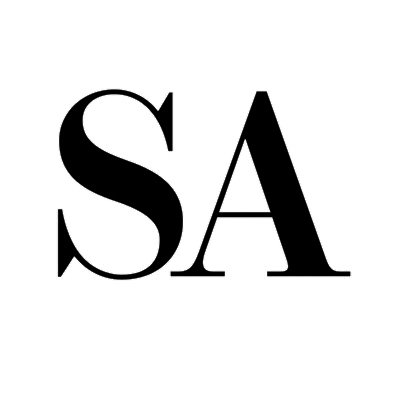 Steel has long been made with electric arc furnaces, not just fueled furnaces, and AWE could power smelting without a hydrogen fuel cycle, the trade-off being anode consumption, as Doug’s link references- 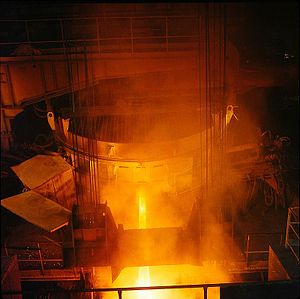 Cement production perhaps could be better done with solar-thermal renewable energy, than with kite electricity.

Linked for the background info. 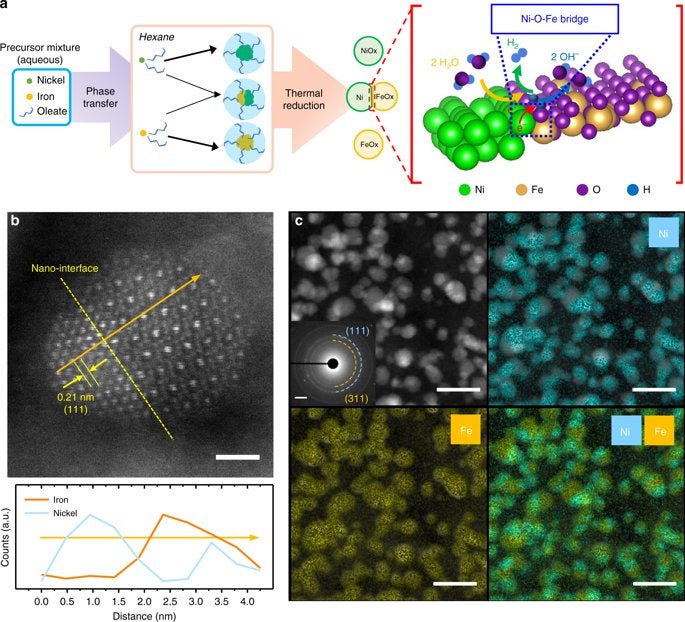 83.7% catalytic efficiency with cheap metal, working even better than platinum, is a major advance in H2 production. The remaining hard part is to cheaply condense H2 to frozen slush, and the revolution will be complete.

No expert on this - but I would have thought that if/when we get to the point of being able to the point of electrolytically producing the quantities of hydrogen necessary to keep a civilisation going, it would make more sense for most applications to use the hydrogen to hydrogenate biomass (and, in fact, the bulk of society’s waste) to produce hydrocarbon (methane in the first instance but which could then be reacted on to give longer chain hydrocarbons) as well as a host of other reduced byproducts - many of which admittedly rather nasty (H2S etc) but which would serve as feedstuffs for the the rest of industry. Hydrogen is clearly not the easiest gas to handle - whereas we have a couple of centuries experience of transporting and storing methane (and other hydrocarbons) relatively safely. While not wanting to be a cheerleader for the internal combustion engine, I do wonder about the sustainability of the current lithium craze (https://www.greentechmedia.com/articles/read/is-there-enough-lithium-to-maintain-the-growth-of-the-lithium-ion-battery-m). Clearly one should try to get as much land transport of goods and people onto electrified rail networks as possible (America’s <2% of electrified track vs India’s >50% might give one pause for thought,) but where there is no (current) alternative to road, one probably should hesitate before exchanging one unsustainable technology for another. Just a thought…

Hydrogen will be an “all of the above” story, since its compounds are so diverse, from water to polymers. Cracking biological/geological/recycled hydrocarbons will produce both H2 for fuel and C for graphene in future economies.

A top hydrogen and wind idea is to remove excess CO2 from wind itself (air), by means of kite energy and a hydrogen reaction. The Calcium Hydroxide Cycle is attractive-

There are large Calcium Oxide deposits in many hot deserts that could be powdered by kite into quicklime, then lifted by kite to be sprayed with lifted water from a suitable altitude, starting as as Ca(OH2) at the nozzle, to land on the surface fully loaded with CO2, as CaCO3 + H2O, as a wet paste that could then be scraped back into a stable mass, like an artificial limestone mountain, or even a new city.

This sort of bulk industrial kite cement-making process may be far more economic than prior “artificial tree” designs, that do not make usable lime cement, much as AWE itself is intended to end up far cheaper than conventional wind towers. 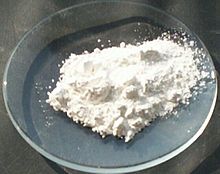 Calcium hydroxide (traditionally called slaked lime) is an inorganic compound with the chemical formula Ca(OH)2. It is a colorless crystal or white powder and is produced when quicklime (calcium oxide) is mixed, or slaked with water. It has many names including hydrated lime, caustic lime, builders' lime, slack lime, cal, or pickling lime. Calcium hydroxide is used in many applications, including food preparation, where it has been identified as E number E526. Limewater is the common name for a s...

The technology developed and patented by the UPV and CSIC is based on the phenomenon of the microwave reduction of solid materials, in this study exemplified by the reduction of Cerium oxide. This method enables to carry out electrochemical processes directly without requiring electrodes, which simplifies and significantly reduce capital costs, as it provides more freedom in the design of the structure of the device and choosing the operation conditions, mainly the electrolysis temperature.

“It is a technology with great practical potential, especially for its use in energy storage and production of synthetic fuels and green chemicals. This aspect has significant importance nowadays, as both transportation and industry are immersed in a transition towards decarbonisation and electrification, meaning they have to meet very challenging targets in 2030 and 2040 in order to decrease the consumption of energy and substances from fossil sources, mainly natural gas and oil,” highlights Prof. José Manuel Serra, researcher from the Chemical Technology Institute (ITQ).