All roads lead to…

@dougselsam certainly will prefer the first ST like solution rather than the second VAWT Dabiri like solution. 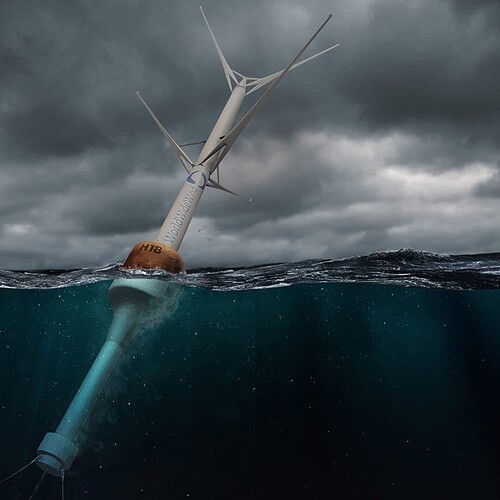 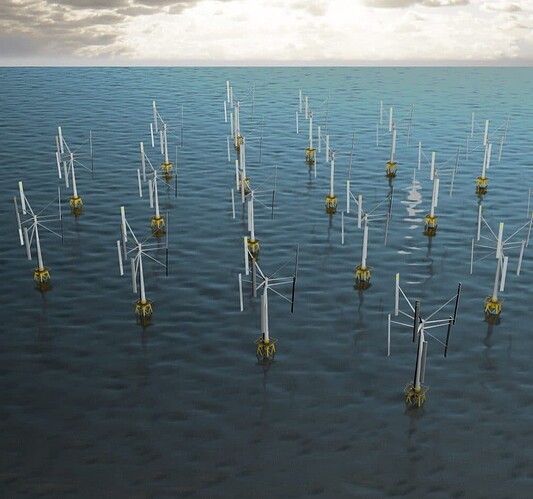 The Superturbine is most interesting I guess. I see many problems though… low production in low winds seems most obvious… it’s interesting that they are kind of middle between HAWT and VAWT…

Yes, very similar to this concept on my website. 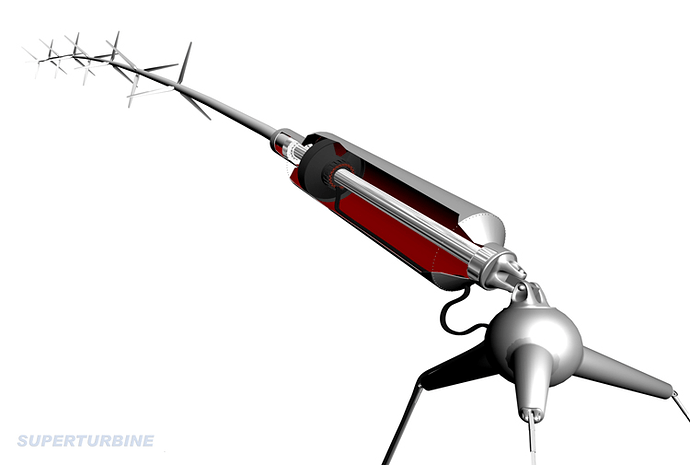 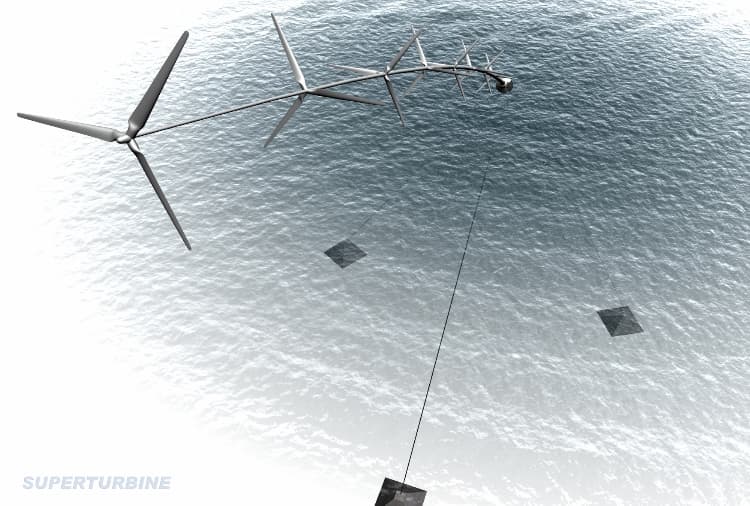 To me, it seems really amazing, when you go to their website, they are promoting giant vertical-axis turbines for offshore, citing proposed counter-rotation of an upper half and a lower half as their main innovation.
As though counter-rotation for wind turbines is a new idea…
And they show photos of all the “in-all-seriousness” high-level “personnel” supposedly about to develop this amazing breakthrough…
You’d think actual grownups would know better.
Have they never read a book on wind energy?
Do they think we can’t see all the extra material their concept would use to create a less-efficient turbine that would tend to rip itself apart?
As though nobody ever built a vertical-axis turbine before…
As though vertical-axis turbines have not already gained a bad reputation whereby almost nobody builds one anymore…
I think they are holding back on revealing their secret weapon:
“Professor Crackpot” must be their behind-the-scenes technical advisor!

“Professor Crackpot” must be their behind-the-scenes technical advisor

Would have thought they should have hit a soft spot with you given the similarities with ST. Alas…

Havent seen that 3D rendering of the ST before. Looks sweet!

Havent seen that 3D rendering of the ST before. Looks sweet!

Yeah thanks Tallak. There’s a lot most people don’t know about my work. For example I am the officially recognized inventor of the spar buoy floating offshore wind turbine foundation concept, and other related floating offshore wind design concepts:
https://nawindpower.com/new-u-s-patent-awarded-for-floating-offshore-wind-turbines A key patent for offshore floating wind turbines was recently issued by the U.S. Patent and Trademark Office. U.S. Patent 10,024,307 Floating Marine Wind Turbine is for floating foundations using a single vertical tube, ballasted at the bottom, with...

Are you sure you didnt lift that off the kPower «group»?

From what I hear they invented that first… And I have the picture to prove it, dated 2009… 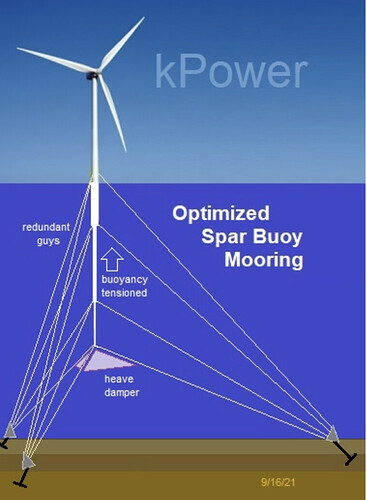 Anyways, hope you’ll accept Norwegian $ for your patent, not just US [as the article hints at]…

Look to the lower right of the image you sent: Sept 16, 2021. Sorry, but I’ve lost faith in anything related to kPower… Just a guess here - maybe someone swiped the image from elsewhere and slapped their logo on it? Looks like it could use a bit more flotation! What is holding it up, to prevent it from sinking? Hmm, lamest spar-buoy image I’ve seen = maybe it IS original - but why would kPower show an image of anything that could possibly produce any power? Oh wait: “Optimized” - I guess that’s like “advanced” - a self-inflicted compliment before the fact?
My original disclosure is far older than the resulting patent.

Apart from all this, see also a patent filed in 2006, by Norwegian inventors:

And also an old (1921) patent about multiple rotors:

Hi Pierre:
As to the first reference, my priority date precedes theirs.
The second reference was acknowledged as prior art in my patents, with my inventive steps going beyond…

I think though that the kPower “group” is adding steel mass to the tower as an inventive step, and also has this heave damper to set it apart from a buoy that other people would possibly go for. 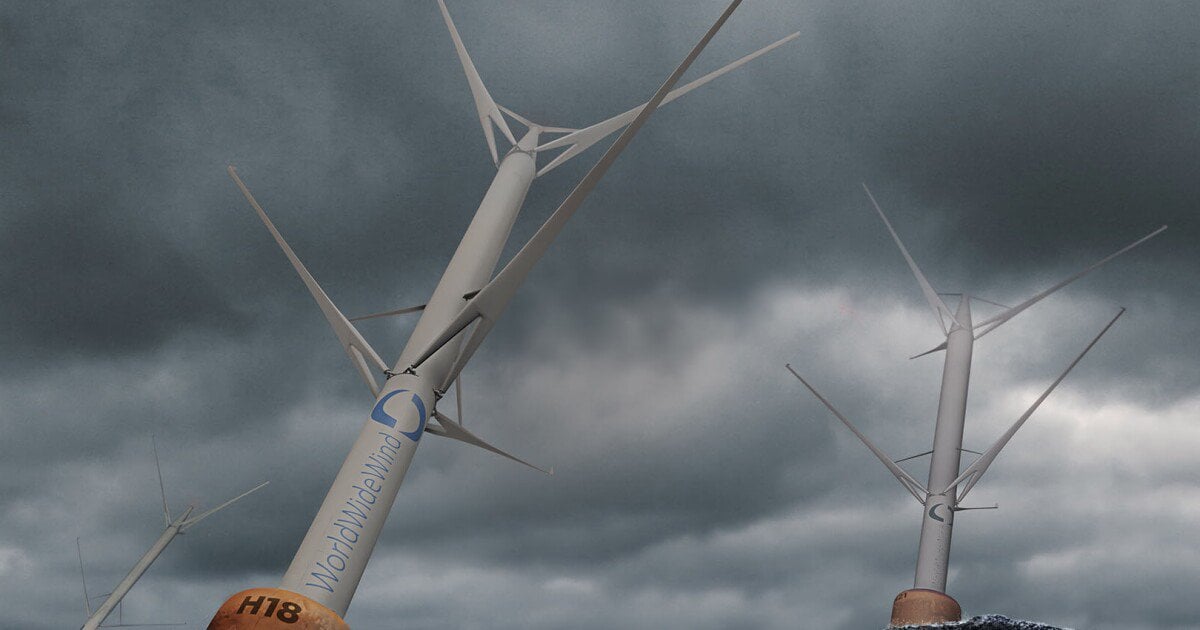 VAWTs have so much catching up to do, plus it will take 5-10 years to commercialise a large scale VAWT, over which time HAWTs will continue their steady incremental improvements. So a new VAWT design doesn’t just need to be much cheaper than existing HAWT turbines, it will need to be cheaper than the 20+ MW turbines that are likely to be on the market in 5-10 years time. They also need to show a BIG improvement as the investment to commercialise a new turbine is huge, and a 5-10% improvement in LCOE is unlikely to be enough to secure the investment required. 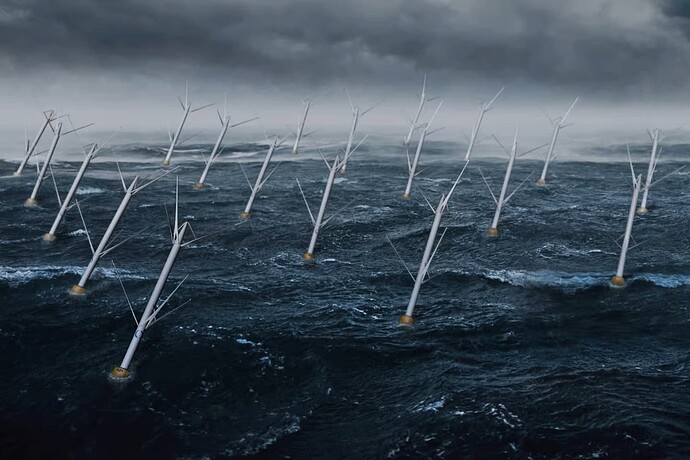 They are Copy-Cats. They’ve even got a rotating tower. Their renderings look like copies of mine:
www.selsam.com

Can you be more specific?

Hi Tallak: If you visit my website, link in previous message, you can see for yourself.
Besides the entire wind industry adopting my spar buoy floating base, this company is copying everything from the rotating shaft and possibly the base itself, to the same tilt angle, same 3 anchors, same weather and look, showing a similar number of turbines, with similar spacing, similar views including from underwater at various angles. Nobody was doing this before me. All roads lead to SuperTurbine™ and people are slowly migrating toward that reality from various directions.

I get the feeling that you have sketch out every possible wind turbine design. That’s also quite a feat