AN INVITATION TO Open-AWE IP POOL

Jalbert Aerology Laboratory (JAL) has been offering an open partnership in Kite Networks IP. There have been positive responses by a few key domain experts.
Please give notice soon if there is any strategic AWEurope interest in pooling AWE IP (as long proposed in Open-AWE) to include JAL Kite Network IP. If not, the JAL technology will still be licensable, albeit on less favorable terms.

I consider it beneficial to add here that JAL’s Open-AWE IP Pool has about 50 patents secured and much more IP of every sort. This is everyone’s Pool to swim in, JAL and AWEIA are merely the hosts.

Why AWEurope is separate AWE IP

strong textAs historically documented on the Old AWES Forum, the Open-AWE IP Pool was originally created to offset a feared monopoly by GoogleX-Makani IP. GoogleX has exited AWE, no longer posing a monopoly threat. AWEurope is a de-facto IP Pool, but not a monopoly threat. AWEurope has currently decided to keep its membership IP separate from Open-AWE IP Pool. Kitemill does propose a cross-license as possible in the future, but not now. Until then, IP fees could apply both ways between AWEurope members and the Open-AWE IP Pool.

The Open-AWE IP Pool is royalty-free for any small developer; only large corporate or government institutional players are expected to pay a small percentage to fairly compensate original small developers and IP creators like PierreB or the Payne Family Estate. JAL will only have one patent (and some TMs) in Advanced Kite Networks (compared to Classic Kite Networks, in public domain), as its part in the Open-AWE IP Pool, to compensate developers (open team invitation).

Please give notice soon if there is any strategic AWEurope interest in pooling AWE IP (as long proposed in Open-AWE) to include JAL Kite Network IP.

I don’t think this is the best place to get in touch with AWEurope. I would try to contact them directly.

There is no link between AWEurope and this forum that I am aware of.

Thank you. Please do.

I would think you are capable of contacting them yourself, as easy as it would be for me.

No harm if you also help. What are friends for?

I am optimistic and I believe in the best of all people. I believe in your good nature whilst I cannot predict when you may choose to employ that aspect of yourself in my favor.

This it what I think; if you want to share IP, you must have some patents. I think it would make sense to state which patent portfolio that you may want to pool.

Then contact AWEurope or even better the individual companies directly.

Because it is impossible to pool IP that is not patented. You can’t sell something that you must also keep a secret. Or have the world sign an NDA. If that is your plan, well… good luck

I am sensing strongly that you are relaying Mr Santos here, because it would be like him to focus on sending more messages rather than listening to feedback and then working on your message

Patents are fine but also expensive. They are useful for startups to attract investments.

@AweEnthusiast, I suggest beside the provisional application for a patent, you or another redactor were directing a shortened version of Advanced Kite Networks pdf, for a peer-reviewed publication in a scientific journal, showing the evidence of the power take-off (PTO), how the kite network is made and how it works, and also making a working prototype with registered measures.

Here is a bit from a video. This suffices to show metering evidence.
There is far better in reserve. 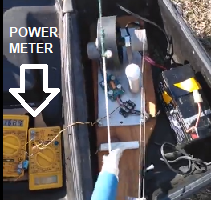 Here is a bit from a video. This suffices to show metering evidence.

I cannot open the video…

There is far better in reserve.

Keep in mind that nobody will make the effort to know what is or what is not in the elements of the project. 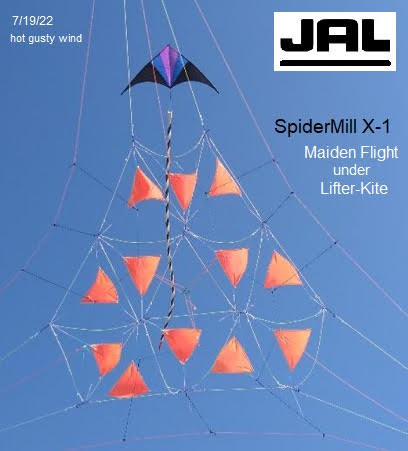 This is what we see. You can’t paste images from your email client directly here. You have to save them on your computer or on the internet first - or it looks that way based on what I see here. You can’t upload videos on the forum so you would have to link to those. You could go back over your previous comments. None of the images show up for us.

Patents are fine but also expensive. They are useful for startups to attract investments.

Though in the context of IP sharing I dont see any way around using patents, because you would be depending on nation states to enforce ownership of an idea once it is shared.

The better option in my opinion would be sharing in public, and then hoping others follow suit or hope for other benefits to arise from sharing. These benefits could be enabling a healthy competitive environment, attracting talent, getting in touch with interesting people, helping us escape global warming etc.

If you can’t afford patents then you are in no position to get into IP sharing.

Also, patent history is full of «great ideas». These patents though are mostly not useful for someone trying to do something different.

Right now only JAL seems keen to pursue these quantum mechanic terrawatt networks. I doubt anyone else is interested. And in my opinion for good reason. This is my humble feedback, and as much as I can say based on information provided.

For me providing proof of generated energy is not what I am looking for. Because I don’t think you are close to achieving that. Showing 12 V on a multimeter will not sway me. I would rather just like to see any sane description of how you intend to generate power. Unless you are inventing a brand new way of doing so, I don’t see any reason that would be hard without disclosing IP

I would rather just like to see any sane description of how you intend to generate power.

For what I think, it is the reason why AWE “conquest” could be seen in a similar way as the conquest of space. Both worked on simulations. There is a considerable number of scientific publications and patents because building a working system at scale and in the long term is still not really possible.

On the picture we see only triangles and ropes.

From @dougselsam 's “show metering” now to this.
Put simply. JAL/kpower Austin (TX) with David Santos Gorenna-Guin as CTO has generated power by using ‘rag and string’ kites to drive a generator.
Such power has been used severally to charge dead phone batteries back to effective use. JAL’s objective now is to prototype at MW scale using Kite Networks as already depicted. The party is open to anyone interested.

Please be sure that every feedback is appreciated. The devil is in the ‘details’, as they say.

Well said, @PierreB. Scaling is in stages as relevant technologies in other fields (tether, kite material, etc.) permit. The MW scale of the JAL Kite Networks AWE is presumed feasible now and the GW is implied as being in the works. Good theoretical science foundations help build confidence in possible applications.

From @dougselsam 's “show metering” now to this.

Thanks for the picture John. It appears too small to see any details on my screen. Someone said it shows 12 Volts. I thought maybe I saw different numerals on one meter, but hard to say. Power = Voltage x current (P=Vi). In order to show power output, you need either a dedicated power meter per se, or two meters showing Voltage on one and current (Amps) on the other. Multiplying the readouts on the two meters together gives power in Watts!)