Overshot static generator…stl (41.7 KB)
Spent a little while drawing this up. I remembered helicopters create millions of volts as the blade turn. Thought it might be possible to doe the same for AWE. Using the Magnus effect combined with a wing. To direct the airflow. Wanted to know if it was something worth pursuing? Or even micro modelling? With cardboard, rolling pin, timber spars skate barings and Contacts leading to tethers. 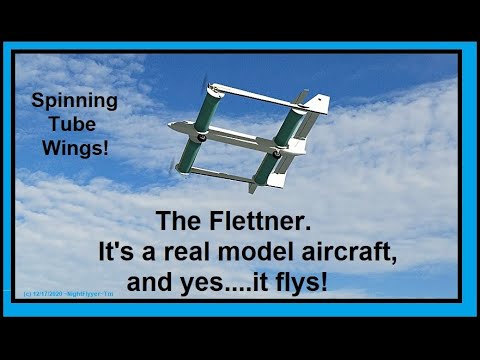 For better context. It seems to be possible.

I don’t see a spinning cylinder, or a generator, or tethers, in your drawing?

@Freeflying , are you talking about piezolectricity generation? By using rotation move of Flettner (Magnus effect) cylinders, or propellers, or both, or tether moves?

Beside it, my computer does not want to open stl files: please can you use common formats like pdf, or jpeg, or png? Thanks. 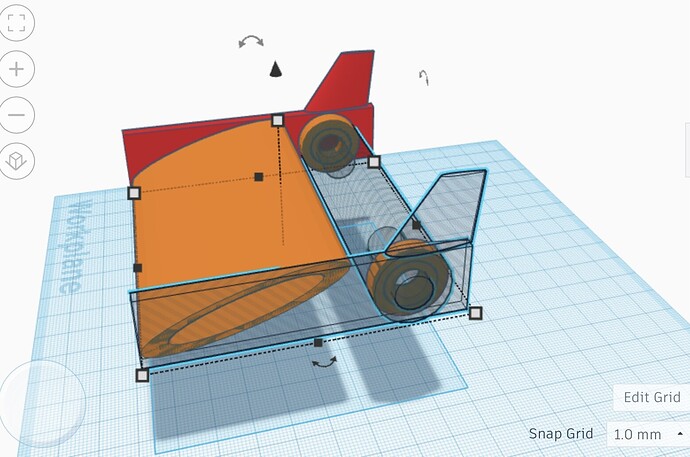 image1558×1034 231 KB
For example still working on the finer details.
Which is very similar to the RC Magnus aircraft. I know that helicopter make huge voltages because of static build up and was wondering how much energy can be syphoned? So I draw this up. Hope this clarifies thing better. I guess this is a two pronged solution. With direct production and cumulative static build up. I’ve seen squirrel cage rotor as well being pushed. My main focus was easy of production. Aiming for a market cost of £500 for a basic test rig. I’ve hollow a few sections to show some details. I see no reason why it couldn’t be a multi rotor. Even considering wind shear from roofs as part of the application.

I know the basic materials can be simple, affordable and found at your local hardware or diy merchants. Yes it can be 3D printed. The rotor can even have dual generators at both ends of the rotor. It only need an Ankers line to hold it in position. It similar to the Japanese typhoon turbine. But airborne.
My head exploding with ideas. Even a liner style motor on the Anker bridle. Much like How To Make An Easy Vibration Energy Harvester From A Microwave Fan - YouTube. As I suspect there is some vibration on tethers that could be made use of? So in answer no I hadn’t considered piezoelectric as part of the design. Just its moving parts. I’d be happy with a megawatts design. Especially if it can reach altitudes where the energy production is maximised.

I still don’t understand what you intend to achieve. Maybe you or others can explain it. If not, you can try to explain by mentioning what turns, what remains fixed, how electricity is produced, references for some systems (Ankers line) and how they are integrated in your device. Stay on the essential, much like for writing a patent for invention. It can help.

What is display is a sub assembly without the bridles or Ankers lines. The rotor is at the rear mounted to bearings or equally pancake style generator at both ends. The rotor is the main moving part. Capable of energy generation vai rotations of the cyclinder, Round it’s axis of rotation. The rotor has the ability to generator static electricity from its rotation with pickups… Much like helicopters do.
Can be arrange in multiple units.
In any number, arrangements or size.
Eyes bolt to be placed along the frame members. For bridle attachment. Quick release carabiners to be attached to eyebolts. a bridle to attach to that leading a single line or twin line. Braided cord or webbing. To form the ankers lines. Leading straight to ground Ankers. Electrical harness will be running up the Anker lines to the rotor/ rotors. Simply put. get as much out of the system from available point where electricity can be made. Be that the rotor. The vibrations or tension on the Ankers lines. The design is much like an airborne wier. With the rotor caught in the vortex. The rotor also creates suction due to the laminar flow over the surfaces. As the rotor spins. I believe it has anti stall properties. Due to that. So would be a stable design to explore. Plug and play for easy use. Then it about time for testing.

What means do you intend to rotate the Flettner (Magnus effect) cylinder? By using a motor as usual for a Flettner rotor? Or by using a wind turbine driving the cylinders? Or even a self rotating rotor like a Sharp rotor or a Savonius rotor?

Self rotation through boundary layer laminar flow. Much like a savonius type. Or a Tesla turbine style savoinus. Or squirrel cages. To create the Magnus effect. Is my thinking.

Please can you explain?

Or a Tesla turbine style savoinus.

What is that? It exists? An example, a link?

How do you obtain self-rotation with them?

To create the Magnus effect.

Adding this to the explains. 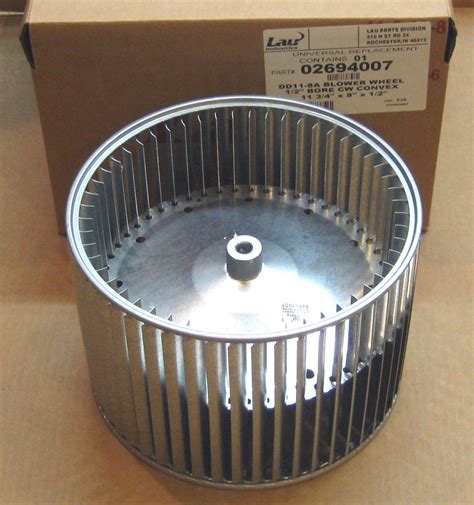 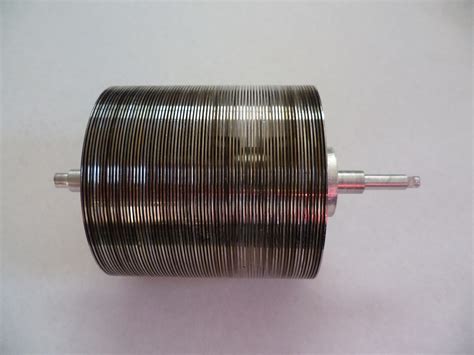 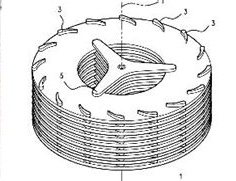 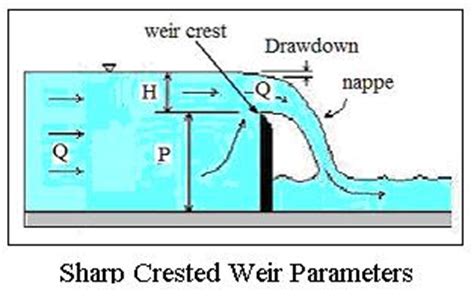 Does the wing redirect the wind onto the cylinder by separating the flow?

The wing is used to direct flow over the rotor. Much like a baffles redirect airflow.

In this case the wing should have a positive angle of attack (AoA) in order to produce positive lift instead of negative lift, and therefore its leading edge should be located higher, which leads to implementing wider side planes in height.

Power take off (PTO) can also be assured by the rotation of the Savonius-like rotor, as for Magenn, and maybe without wing and structure carrying the side planes.

Perhaps some tests would be useful to see if really the wing allows adding wind force on the top of the rotor.

That feed in nicely with a thought I had. Of having the wing on a yoke to find the optimal angle of attack. Much like a canards on the euro fighter. I think something simple to start with and a means to smoke test. Pretty sure I have some snack tins that could quickly become a demonstration. Another consideration is Cog while in flight? if the rotor effects where balancing point is? 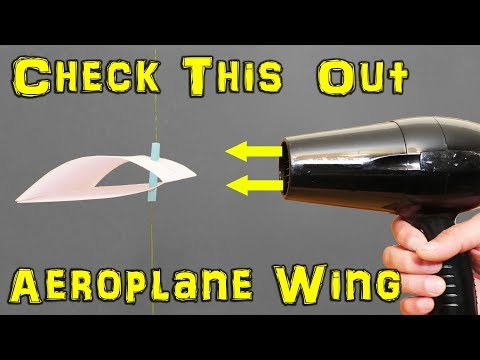 A way I could test it with basic materials. 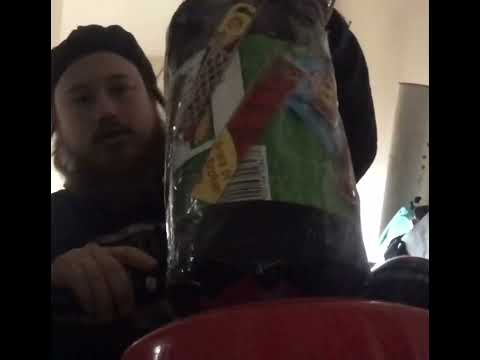 I did a direct flow test with a hairdryer. With a kit bash of the rotor. Now for something bigger. It amazing what sticky tape can do. I imagine this could be made in a verity of ways. Shapes and forms could also be a great consideration. Sheet metal to carbon fibre or even 3D printed. Magnus effect rotors

. now to see if it works as well with a aerofoil. In a breeze. 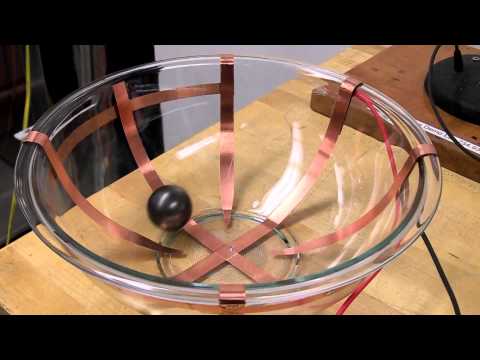 It occurred to me that what I was considering was in the field of electrostatic.
Which then had me think about, 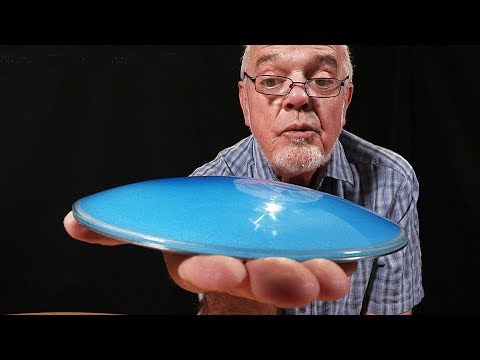 And if the two concepts could be combined?
I know Doug was constantly asking how to control blade rotor speeds?
As I was considering using a fluid that was magnetic charged to power a generator. I know cars use torque converters a lot. This would work in much the same way. But for wind energy devices
Question is how suitable is it for AWEs?

Could humanity magnetize the moon to provide free power to everyone with a coil?

I’d like to see someone try! Considering the biggest electrical discharge were found in space. Jupiter’s moon io is known to have it own magnetic field due to tidal force acting upon its core. CMEs though damaging to electronic can be harnessed if the grid throws open all the switches. Thats was in a disaster emergency committee papers and broadcast some years back. Question is humanity technological advanced enough to restart the moons Dynamo?
Can giant antennas power the world through the Casimir effect? At our current level of tech I’d say no! If you wanted giant space born architecture. However I don’t think it would be long before someone try’s. Considering induction of metal is well known art form by now. the architecture for that would have to be truly massive. And would need to orbit the moon at such a distance where It can focus energy in to the core.
Then you would have to consider magnetic reconnection. Delivering highly charged particles to set locations on the earth. Then your talking billions of petawatts to achieve it. Unless you have a micro singularity to hand? that won’t be happening anytime soon. Then again there is always wave & tidal power to consider. Plenty of those projects. Even a oscillating water column being amongst them. Mass displacement engine I believe there called. Really depends what your going for? Mega projects or something you can build in your back yard? As I said love to see someone try!