A real-time control system for multiple orbiting kiteplanes faces a classic computational challenge known as the Multi-body or Three-body Problem. Even a two kiteplane system on one line is really a three-body system, given the anchor-surface is a body.

In consequence, the potential for chaotic behavior is formally inherent, compounded by wind-field chaos. Flight automation developers must ensure chaos does not occur operationally during the life-cycle of the multi-body AWES. This may not be feasible by current capabilities.

In physics and classical mechanics, the three-body problem is the problem of taking the initial positions and velocities (or momenta) of three point masses and solving for their subsequent motion according to Newton's laws of motion and Newton's law of universal gravitation. The three-body problem is a special case of the n-body problem. Unlike two-body problems, no general closed-form solution exists, as the resulting dynamical system is chaotic for most initial conditions, and numerical m Histo...

This may not be feasible by current capabilities.

Perhaps we may learn something from this topic if this is elaborated upon. What is the current capability and where is it headed?

Multi-body AWES could be classified in kite network category or vice versa. The potential of tangle applies for both. It is the reason why I would favor a single body AWES (a giant rotor or a giant wing) as I often mention. Of course the chaos issue is mitigated when only two wings are used.

One must distinguish between kite network topologies. A stretched out arch with many kites is a stable ring topology. Multiple kiteplanes on one line is a less stable star or tree topology.

Various topologies do not have equal probabilities of chaos or tangling. The kite network engineer is able to design for the property of Topological Stability of a kite network.

Well explained. You should try to discuss the (possibly lack of) topological stability of the Y configuration with @rschmehl about Dual-drone AWES resulting from a Design Synthesis Exercise.

Go ahead and mention it to Roland on the other Topic if you want. He can also discuss it here if he wants.

The broader topic is whether the automation-dependent developers have underestimated the tractability of dynamically unstable architectures. Hundreds of millions have been spent to settle this question by current MTBF statistics.

I have already mentioned a possible problem on this topic:

Besides it a redundancy passive safety could be desirable

But you can formulate it more accurately.

Aviation Safety to statistically insurable standards is the most critical factor in industrial AWES engineering.

Multi-body computation is a key consideration for the applicable architectures.

As it is now, this is a lazy and uninformative topic. A child knows two, or multiple, planes on a single tether may crash into each other or the ground sooner than a single plane might. And of course everyone in AWE knows this too.

The interesting bit starts in trying to understand how to deal with the problem, and how it is being dealt with, perhaps in different fields. And no, giving up and just promoting your pet architecture without exploring the problem and its solutions is not a way to deal with it.

You’ll be pretty boxed in if with everyone new problem you encounter you just go, well, this is literally impossible, I’ll just turn around now.

No, Windy Skies, multi-body chaos control is possible. MTBF statistics will slowly improve. 2030 and beyond is a reasonable timeframe.

No one claims, “this is literally impossible”. That’s a red herring.

A child knows two, or multiple, planes on a single tether may crash into each other or the ground sooner than a single plane might.

Kite experts know that multiple kites on one line can actually protect against crashing as soon as a single kite does. Its a very complex engineering question. I helped with the 39 kites on a single line record that followed the video below, by the same kite expert team. This is not a “lazy and uninformative topic” to those most informed of the math and actual kite culture.

We credit Eddy himself for developing multi-body branching trains that reached 7,128m high. 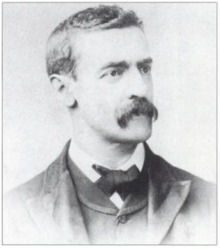 William Abner Eddy (January 28, 1850 – December 26, 1909) was an American accountant and journalist famous for his photographic and meteorological experiments with kites. The scientific significance of Eddy's improvements to kite-flying was short-lived, due to the advent of Lawrence Hargrave's rectangular box kites. Nevertheless, in the year following Eddy's death, a train of ten Eddy kites reaching an altitude of 23,385 feet (7,128 m) set a height record for several years. William A. Eddy w...

This validates the Y configuration such like the one which is presented on Dual-drone AWES resulting from a Design Synthesis Exercise.

True, that “tri-tether” nodes are well validated kite art for well over a century, starting with Eddy, and even farther back, in Stone-Age kite-fishing practice.

What is not validated is high statistical risk of brittle AWES kiteplanes crashing in mid-air. The developers must automate flight to statistical MTBF acceptability, but its going to be a gradual process.

@kitefreak,
Your arguing is not coherent. In the initial message you state the three-body as a chaos problem, precising on a further message that “Multiple kiteplanes on one line is a less stable star or tree topology”.

But in a reply to @Windy_Skies you state that “…multiple kites on one line can actually protect against crashing as soon as a single kite does”, indicating later: “What is not validated is high statistical risk of brittle AWES kiteplanes crashing in mid-air”. You change your arguing from the structure towards other issues.

There seems to be a lack of multi_body computation or modelling in this thread.
When you have a good model to work from, your control system can be better implemented…
Your understanding of the realm of possible can also be more precisely bounded.
Like this.

Rod, That’s the point of this Topic, that real-time multi-body computation is so formally intensive, its a sort of engineering unicorn for now.

The good news is that multi-body problem computation continues to advance, and that automation dependence that is effectively intractable now will become feasible in due time.

The first multi-body AWE systems to be computationally tractable in real time are the largest slowest instances, but scaling up to them is an added set of engineering delays.

Pierre, Sorry I missed your message above.

There is no contradiction for passive stability factors of classic kites in multi-body trains. The entire system effectively embodies its own flight solutions. This is very exciting science.

Other AWES developers avoid passive stability of this kind, to depend on active flight automation based on numeric calculation, making the many-body problem a digital computational challenge.

Multiple kites have already been demonstrated being automatically controlled on a Y tether on this forum.
Not an intractable problem

Yes, since Eddy there has been a lot of successful tri-tether multi-body kite history. We are not done reviewing nor advancing the art. The only conceded intractability is the formal abstract mathematical chaos.

Its the statistical survival of multiple rigid wing kites for AWES that remains an open question, especially in the context of those systems dependent on multi-body computation. They are already able to show nominal operation. The problem is any exception-handling for which an algorithm lacks a critical response. Complex multi-kite uncertainty is not easily tractable by current automation computation. Look at self-driving car limitations. This does not mean permanently intractable, just very hard.

As for related multi-body prior art, interplanetary orbital mechanics is the original similarity problem. Then came atomic and molecular dynamics, robotics, and many other engineering science domains; and now AWES.

An ideal multi-body AWES system would have inherent dynamic stability across a wide range of load and wind conditions. Digital sensing and actuation is suitable to support the supervisory pilot role (as long as pilots are required by regulations), especially to servo-activate major state transitions, like sense-and-avoid airspace emergency.

There’s no more chaotic element in the universe than a human child… Yet these computer controlled cars seem very capable of avoiding humans. 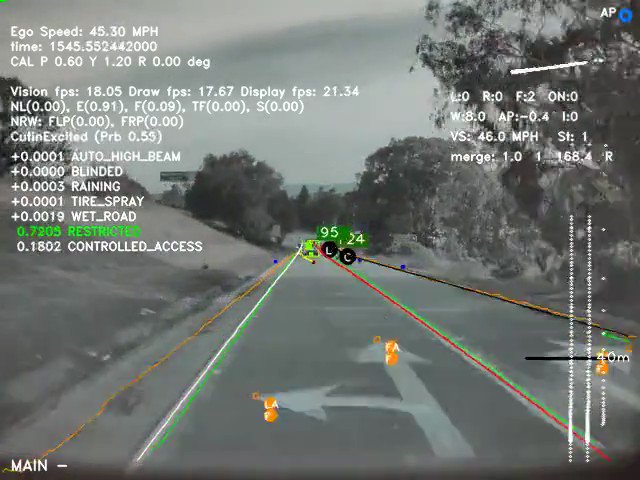 This is the unreleased Tesla FSD (Full Self Driving) Autopilot capable to see. https://t.co/BgjOV5IUFQ

2 kites flying on one Y line. Easy
next page →