AWES using LTA with PV for hydrogen production on board

Until recently I hardly saw any possibilities for LTA. Indeed prototypes like Magenn’s or Altaeros’ use helium, which is rare and expensive. Gas leaks impose costly periodic re-inflation on the ground, as well as dangerous handling when the gas is hydrogen. 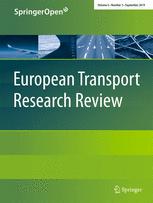 
The hydrogen risk is mitigated because the production is automated according to a slow and continuous process, avoiding handling. And the time of continuous operation becomes long, takeoff and landing operations becoming rare.

I began to synthesize an LTA-AWES using hydrogen production on board on Towards a viable AWES , mentioning http://www.ltawind.com/Main.php?lang=en : an airship carrying two conventional wind turbines on its wings.

Unlike the requirement for transport, the storage of hydrogen on board is not needed. PV supply the complement of inflation and the VTOL. The surplus electricity is sent to the ground with the electricity produced by the wind turbines.

Several companies envisage a renewal of the transport airship by the use of hydrogen which is inexpensive and can be produced on board. On this occasion the transport and AWE companies could cooperate. Thus an AWES would be a step before the passenger transport stage, allowing usefully testing the system without persons on board.

AWES could go from small (power a house) to large, then towards networks allowing carrying numerous wind turbines not too large in order to mitigate the weight penalty as they scale.

Which companies? How far along are they? A company “envisaging” something doesn’t mean they are actually going to do it or are even capable of doing it. The thing may never materialize and then you’re stuck waiting on it if your project relies on it, or if it does materialize it’s likely too expensive for your project.

A hydrogen balloon can be replaced perfectly fine with a kite or a long pole. I say develop your product first using a pole or something, de-risking the project. If that works out start thinking about adding risk again, if you must, now with the benefit of greater insight into your product.

Of course I mean the content accessible through the link, not comments like on An alternative method to tap high altitude winds topic (where the link comes from) or the previous one.

“Envisage” does not mean “make”. Some people in companies think about hydrogen as a condition for the return of airships, and production on board can be a decisive point. A project is on


Some examples of companies making prototypes of solar-powered airships: 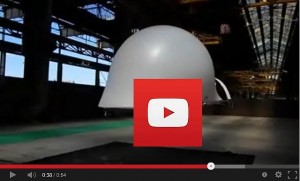 Why: 90% of the world is remote and cut off from the benefits of the global community. Remote areas have the highest death rates on Earth. They house the world’s natural assets. Remote areas need...

An example of a company: http://dirisolar.com/Projets/?lang=fr%2F

I only see renderings and small scale test articles on their website? And no mention of hydrogen? So this isn’t an example of a company that envisions using hydrogen? It also looks like a small company, so any progress they are going to make is likely going to be slow. They don’t seem to have made much progress in the last decade.

You reply too quickly. So your arguing is not relevant. Hydrogen is mentioned on the MAAT link, not for prototypes of solar-powered airships.

A hydrogen balloon can be replaced perfectly fine with a kite or a long pole.

You reply too quickly.

I replied around an hour after you posted. I didn’t think you would be editing your post again. I’ll look at the MAAT link.

Why wouldn’t I be? The only function of the thing is to keep something in the air. A long pole works fine for that, at least for your first tests, and is actually superior because you can very easily vary the pull on the line, and the line angle, besides being vastly cheaper and simpler.

A project is on

That’s the project the study I linked came from.

This project dates from 2013-2015 and does not seem to have made any significant progress. This can be complex, already due to the need for two flying modules and the presence of passengers. However, the production of hydrogen on board by photovoltaic panels can be a unique opportunity for the implementation of AWES, which have not progressed further.

The engineering fundamentals simply do not support either He or H2 LTA in major use. There is no way a single flawed paper can change that, even if it changed Pierre’s mind.

Both gases have severe defects. He is way too precious and H2 is a complex hazard. Otherwise the main difference is H2 is about 10% lighter by volume.

The engineering fundamentals simply do not support either He or H2 LTA in major use.

You lack basic information. Major use of LTA has already existed. https://en.wikipedia.org/wiki/Zeppelin.

if it changed Pierre’s mind.

It is not the same.

It is only your opinion, not more.

There are numerous ways to materialize something consistent with the topic title. I provided an example on the initial post. Other concepts are possible. 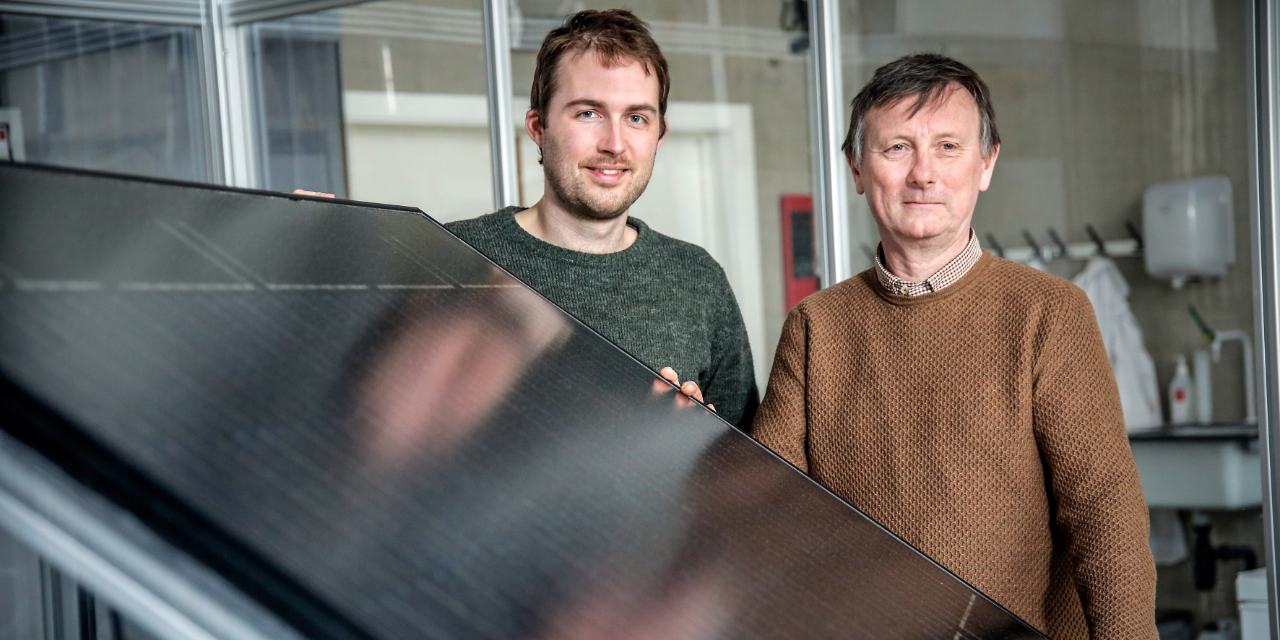 “…our panel converts moisture from the air into hydrogen gas.”, so without electrolyser, without carrying water. That could become a useful technology for some AWES if the panels become soft and light.

The engineering fundamental limiting Zeppelin’s that killed their travel and military markets was slow speed (high drag). Jet travel near Mach1 (and beyond) won. No one expects past temporary success of LTA to repeat, once better solutions took over.

No, my opinion evolved, it is not the same. If the airborne wind energy hypothesis is realized, LTA could (or could not) be a component.

I am always surprised to see how you could be fixed on the pure kite for years when nothing confirms this possibility in wind production.

No one has tested LTA more broadly in AWE than me (KiteShip and KiteLab Portland, 2007), starting from an actual background in hot air and He LTA going back to 1970s.

I settled on the power kite after trying many directions. Not too surprising that “pure kite” (“rag and string”) is a good bet. Power kite sports and ship-kites well confirm “possibility in wind production”.

In the paper the amount of PV plant is calculated to fully inflate the airship during a year.

For a use as AWES it is only necessary to fill the leaks which are less than 10% volume/year (according to different parameters such like porosity, and by taking account of the size of the studied airship in the paper), decreasing with altitude. Compression and storage of hydrogen are unnecessary, both on the ground and in flight, which saves weight and cost.

So if a 600 m³ LTA with high quality fabric has losses of 1/5 volume/year, after an initial inflation by using more important ground installations (PV and electrolyser), a small installation on board such like a 1 m² PV and a 1.5 kg electrolyser like on https://www.fuelcellstore.com/electrolyzer-230-e107 or the second on http://www.uniterm.pl/ogniwa_paliwowe/electrolyser.html would be enough to permanently fill the leaks and keep the initial shape. Indeed such a small electrolyser can produce 120 m³ hydrogen/year.

We add wings for this balloon in order to keep a lift-to-drag ratio (with wind turbines on board) over 1 even by high winds, another option being using Sharp rotor assuring a L/D ratio of about 2.3 (without the turbines aloft). This would be a (not crosswind excepted for the propellers motion) static system.

As an hypothesis we install (lighter thanks to ground generators) @Kitewinder propellers with rope-drive transmission on the wings or elsewhere.

Recovery the system at ground during big thunderstorms and storms remain the only constraint, knowing that balloons can withstand winds up to 120 km / h (https://en.wikipedia.org/wiki/Tethered_Aerostat_Radar_System), the turbines being stopped before.

You can buy propeller online

Indeed you omit to mention that your 600 m3 lifter could lift a payload of 500 kg which makes it more interesting, itself being inflated by a ~5 kg device. If you could make it withstand any wind plausible I guess it would make a good substitute for a radio tower.

I am still not convinced of the practicality of this. But the idea is indeed intriguing.

I’d like to expand on the idea if a combined ram air kite/ hydrogen aerostat.

Say the ram air kite had a flat shape in winds, thus a moderate drag. Inside the belly of the ram air kite there is a room where a bladder is contained. In normal use, the bladder is quite inflated, thus providing lift and also making the kite have a lot more drag. In the event of extreme strong winds, the bladder gas could be expelled so that the kite could regain it’s slim profile.

The reason for doing this would be to make the kite pull a lot less in extreme winds (by reducing the drag and then indirectly the required aerodynamic lift). Thus the dimension of the tether and auxillary systems would be reduced (perhaps into feasibility).

Just throwing out some random ideas here, I have not done any thorough analysis.

How would that work? [Edit: never mind, I see your followup post] If you want to make a balloon that is able to withstand higher winds you would already increase the pressure inside to withstand deformation from the wind, and you’d perhaps limit the size so you can increase internal pressure more with identical thickness of envelope material. You could also make the balloon more into the shape of a teardrop (1) instead of a sphere.

If you temporarily want to increase pressure, you could add ballonnets inside the balloon and then fill them with nitrogen for example. After the storm has passed you could vent the nitrogen.

(1): For speeds lower than the speed of sound, the most aerodynamically efficient shape is the teardrop. The teardrop has a rounded nose that tapers as it moves backward, forming a narrow, yet rounded tail, which gradually brings the air around the object back together instead of creating eddy currents.

Info on hydrogen and (tethered) hydrogen aerostats
next page →